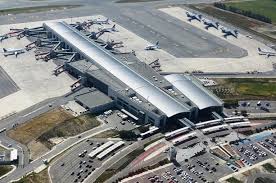 The finance ministry will do what is necessary in consultation with the president, Finance Minister Constantinos Petrides said on Friday in relation to the government dropping consultations with Hermes airports earlier in the week.

Speaking to reporters during a visit to the Research and Innovation Foundation, Petrides spoke of “a show in parliament for the purposes of petty political exploitation,” inviting parties to take a stance on the issue.

On Tuesday, his ministry and the ministry of transport issued a joint statement saying they would cease talks with the Hermes consortium over expansion works at the two airports due to the toxic climate in the country caused by the upcoming presidential elections.

The ministries were responding to criticism heard a day earlier in parliament regarding ongoing negotiations between the government and Hermes on two issues – extending the airports concession, and planned expansion works at the two airports, which Hermes was supposed to carry out.

According to the statement, the government and Hermes were in talks on the two issues, which have become interrelated. The two parties had earlier taken recourse to an arbitration process, where the state wanted to force Hermes to either carry out the Phase 2 expansion works – as stipulated in the initial contract – or else compensate the Republic.

That arbitration was then suspended, and talks initiated to find a compromise where Hermes would fulfill its obligation regarding the expansions – estimated to cost some €150 million – and in return it would be granted a time extension on its concession over the airports. Hermes would also waive any claims for compensation from the state in relation to lost revenues due to the coronavirus pandemic and the fallout from EU sanctions on Russia.

The ministries stressed that no agreement had been struck on extending the airports concession. Meanwhile the government had commissioned a private consultant to calculate whether the financial claims waived by Hermes would be at least equal to, or greater, than the monetary value of an extended concession. If so, Hermes would get an extension on its concession.

Asked about President Nicos Anastasiades’ reaction to the news, the minister said he is always kept updated on the matter.

It is not acceptable, he said, to have on one hand “the government’s efforts in the tourist sector, which have yielded the results we see today, seeing the absolute success of programmes, trying to improve them in order to contribute to this important part [of the economy], and then being slandered and presented as corrupt before the House”.

He added that the finance ministry is always in consultation with the president and will do what is appropriate based on his instructions, also stressing that MPs must speak for their parties’ position on the matter.

“We can’t have such shows in parliament just for the purposes of petty political exploitation, aiming to smear and stigmatise people with incorrect and unsubstantiated claims,” Petrides said. “We will rise to the occasion one more time”.