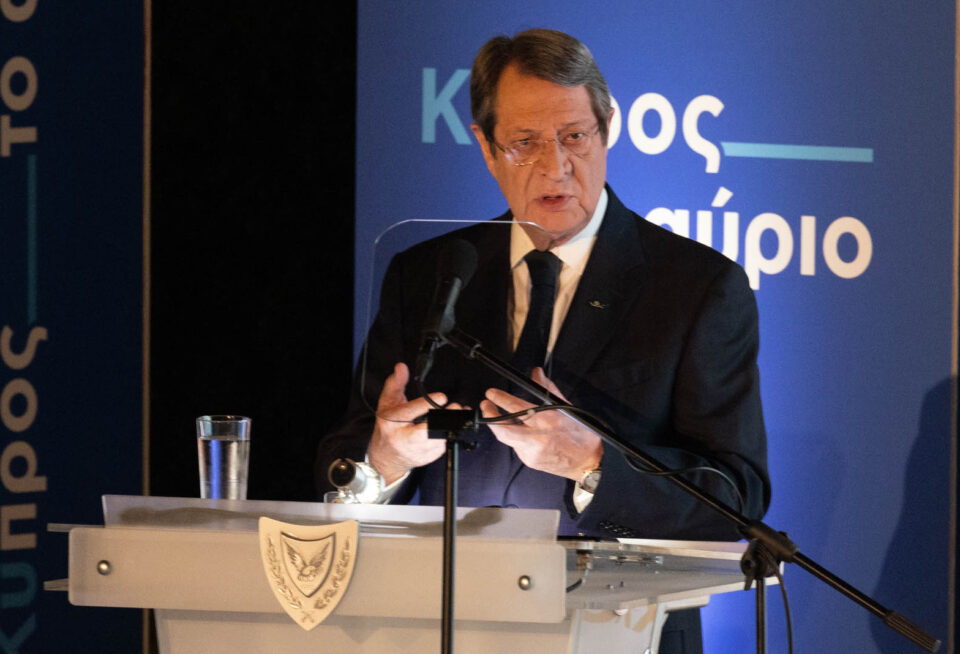 President Nicos Anastasiades on Saturday, on which 62 years of independence was marked, paid his respects to all those who gave their lives fighting for freedom from colonialism.

“Thanks to their struggle, with the painful, but also positive experiences of all our people, we believed in our own strengths and faced with vigour problems and crises that even placed our whole existence into question,” he added.

Furthermore, the president said that it is thanks to the struggles of our people that today Cyprus enjoys its position as a member of the European family, describing it as a pillar of stability and cooperation in a region historically at the core of major conflicts.

“The most profound and disappearing wound in the body of our country is none other than the Turkish occupation,” the president continued, noting that “since July 1974 and for 48 years, Cyprus and its citizens have been deprived of basic human rights, the right to property, to security, to property, to free movement”.

Anastasiades stated that in the nearly ten years that he has been in the presidency he has done everything he could to change this situation.

“Thanks to our own initiatives and creative proposals, in Crans Montana we succeeded in bringing Turkey to meet its responsibilities for the first time, to discuss security and the withdrawal of the occupying army,” he said.

“We managed to get the Secretary-general himself to submit a six-point summary framework, which the Turkish side undermined, leading to the collapse of this effort as well,” he added.

He went on to say that many times since then he has submitted creative proposals, without calculating the political cost on the home front, while keeping in mind the strictly defined security red lines that the government has collectively formed.

“With its policy, statements and daily challenges, Turkey is now moving completely outside the framework, not only of international law that it has been violating for years but also outside the framework of a reasonable approach, by attempting to create tension and insecurity,” he added.

Anastasiades said that everyone acknowledges that what the Republic of Cyprus has achieved in the last 62 years was achieved with the struggles and sacrifices of its people and by going through great difficulties.

“Nothing has derailed us from the steady path forward and this, among other things, is evidenced by our daily progress in all sectors, the economic stability that we have achieved with the sacrifices of the people, the major projects in our country, the high level of education of our citizens, the welfare state and the wellbeing of our society, as well as the commitment to planning for the future of the country,” he added.