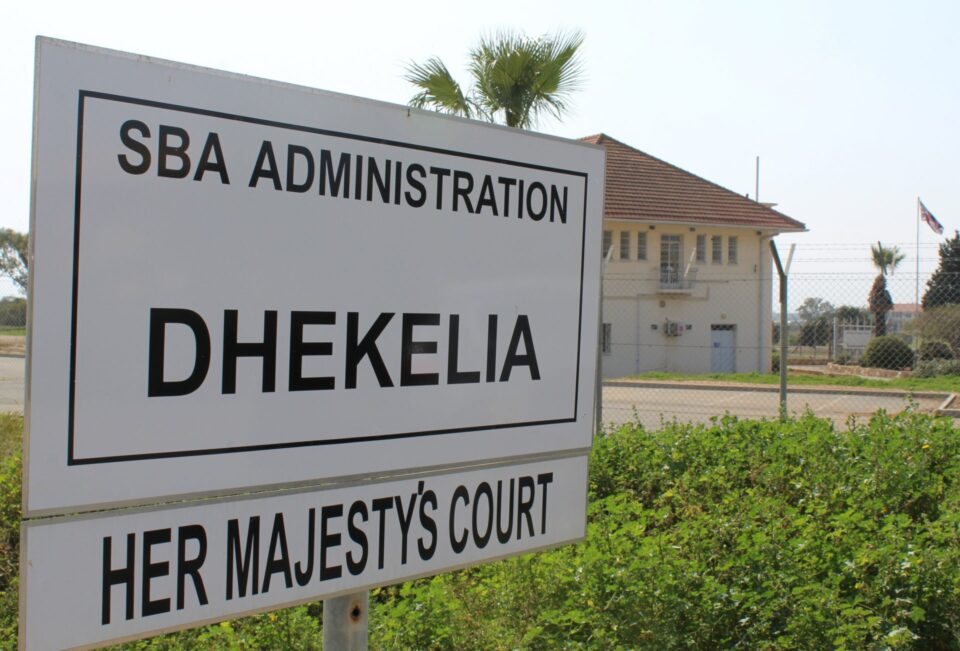 The decision of His Honour Judge Theo Karamanis, an associate judge at the Sovereign Base Areas (SBA) court in Dhekelia, to retain jurisdiction in the criminal trial of two suspects on the ground that they would not get a fair trial in the Republic of Cyprus (RoC), contrary to the wishes of both the SBA and RoC prosecuting authorities, raises acute political and legal issues.

The two defendants were caught red-handed breaking into a consignment containing dummy banana packages that they believed contained 17.5 kilos of cocaine. The shipment originated in Ecuador bound for Limassol via Piraeus. The consignment was intercepted by Greek police at Piraeus and the cocaine confiscated and substituted with the dummy packages.

The shipment was allowed to continue to Limassol where the importation was allowed to run under surveillance ending up in Asomatos within the SBA where it was stored.

A few days afterwards the two suspects were caught by SBA police breaking into the consignment. Arrest warrants were issued by a court in Limassol and a transfer order sought from SBA for their trial in RoC. Judge Karamanis heard the application for the transfer and boiled down the issue to whether it was in the interests of justice for the suspects to be transferred for trial in RoC.

In deciding the case judge Karamanis took judicial notice of a number of facts about the administration of criminal justice in RoC and relied on his own experience as a practising criminal lawyer in RoC. I paraphrase the gist of judge Karamanis’ decision on the interests of justice point as follows.

He took judicial notice of the significantly greater delays in the RoC compared to the SBA. He found that the time taken for charges to be laid and for trials to be conducted in the RoC is much longer than in SBA.

He based this on the fact that for the last 15 years he lived and worked in Cyprus as a practising advocate and sitting as an associate judge in the SBAs. His knowledge and experience of “Cypriot on Cypriot” cases within the SBAs, where defendants elect trial in the RoC, was that proceedings are not laid within the three month statutory time limit set by SBA law; even in cases of domestic violence against minor children, trials in the RoC can take up to a decade to be tried.

He took into account judicial tolerance of delays and multiple adjournments often leading to cracked trials. Testimony in trials is split up and heard several weeks apart. Delays are exacerbated by shortages of judges and prosecutors, counsels’ convenience, crowding of court lists, and bureaucratic disclosure procedures.

The time necessary for an appeal to be heard makes it pointless to pursue appeals in cases of short prison sentences under 18 months. Appeals against an average sentence of four years imprisonment are frequently thwarted because the appellant must elect between taking early release or pursuing his appeal. There is thus a strong incentive for convicts to withdraw their appeals before they are heard, which is a travesty of justice.

He observed that the position in the SBA is different. Criminal proceedings are commenced speedily and processed in a timely way. Appeals are determined by the SBA’s second tier appeal to the Privy Council, which is quicker than for a trial to be heard in the RoC. Institutional delays in the RoC’s criminal justice system has a “become a matter of routine” so that “the public view the process with suspicion and mistrust.”

He also took judicial notice of the comparative expertise and independence of the judiciary. He observed that RoC judges, even those dealing with the most serious and complex criminal cases, are neither experienced nor knowledgeable compared the specialist judges from UK in the SBA who are also more impartial with no significant ties, links or connections with RoC or the SBAs.

In the RoC all the judges are from the relatively small Greek Cypriot population. This is further compounded by the close relationships and affiliations between the RoC judiciary and the legal profession as well as the Cypriot population generally arising from family, social, educational and occupational ties; particularly in respect of those individuals with substantial commercial and financial interests.

He also took judicial notice of the problems of chronic overcrowding in the RoC prisons. There is a lack of segregation of prisoners on remand from those convicted and serving terms of imprisonment. Neither is there segregation from those detained purely for immigration offences; or

for failing to meet financial obligations such as payment of family maintenance. They are all held together which is unacceptable in any humane system of incarceration.

Finally he held that to order removal of the suspects to the RoC may be unjust and oppressive; but it is clearly not in the interests of justice to do so.

I imagine judge Karamanis’ judgement will be appealed; his criticisms of the system of criminal justice are too serious to be allowed to go unchallenged.

Whether in an adversarial system a judge can take judicial notice of the inadequacies of a criminal justice system, or indeed take into account his own knowledge and experience untested by cross-examination, would be for any appeal court to consider if there is an appeal.

For the minute, however, the stinging criticisms of the administration of justice by judge Karamanis have the ring of truth about them and he should be applauded for his courage to tell it the way it is in practice.