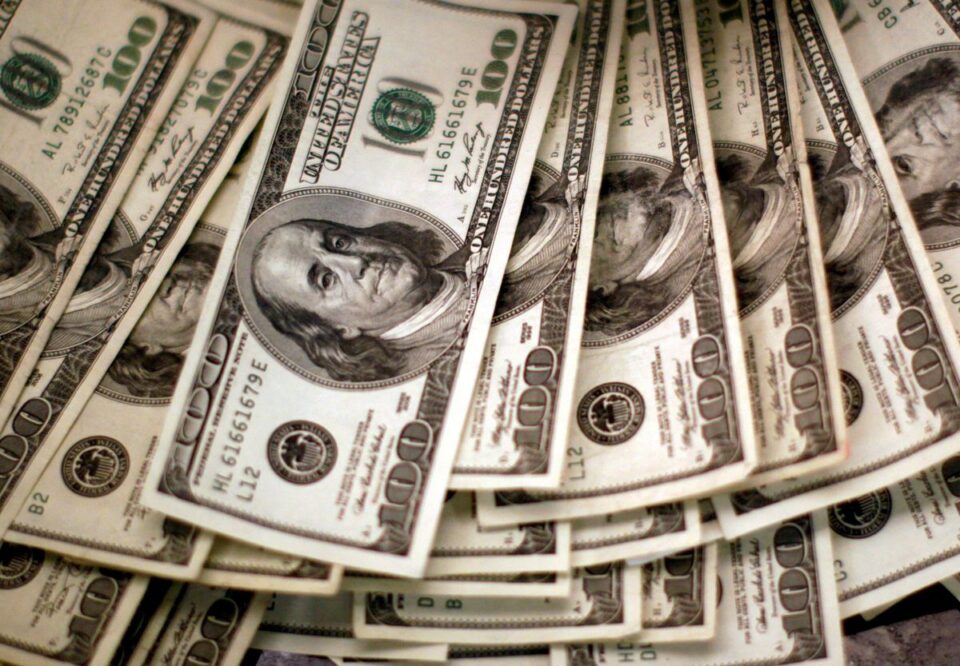 Rising interest rates and a rapidly appreciating currency are exporting the US inflation problem and threaten to send the rest of the global economy into recession as other central banks are forced to raise their own rates.

US inflation, employment and business activity are all stronger than in other major economies in Europe and Asia, encouraging the central bank to lift interest rates faster in an effort to bring price increases under control.

But rapidly rising rates at the core of the financial system (in this case the United States) are rippling outwards and heightening instability on the periphery (the United Kingdom, European Union, China and emerging markets).

Rapidly rising US interest rates have been one of the primary triggers of international financial instability in the last 40 years.

Latin America’s debt crisis in 1982, the dollar overvaluation crisis in 1984/85, Mexico’s default and devaluation in 1994, Asia’s financial crisis starting in 1997 and Russia’s default in 1998 were all ignited by rising US rates.

The US central bank’s congressional mandate requires it to focus on controlling inflation and promoting employment in the domestic economy.

But as the interest rate setter for the world’s reserve currency, the Federal Reserve is also at the centre of a system of central banks that are under pressure to follow its decisions, whether locally appropriate or not.

If the US central bank raises interest rates to counter domestic inflation, other central banks must follow or see their currencies depreciate and inflation rise via higher prices for energy and other imports.

If the Federal Reserve cuts interest rates, other central banks must do so as well, or risk currency appreciation and the loss of competitiveness, output and jobs.

Policymakers and commentators often talk about monetary policy as if each country makes its own decisions with complete sovereignty.

In practice, central banks are linked in a system with Fed at centre as a policy-maker and others on periphery as policy-takers, with far fewer degrees of policy freedom.

If countries try to deviate too far from the Fed’s easing and tightening cycle, they tend to run into an inflation crisis, a currency crisis, a debt crisis, or all three.

Conditions in the peripheral economies are not necessarily the same as in the core of the financial system.

In this case, the United States is experiencing rapid inflation and still has very high employment and a relatively strong business conditions.

But China’s economy has relatively low inflation and is struggling as a result of repeated city-level lockdowns to control the spread of coronavirus.

The United Kingdom and the European Union have high inflation but are already close to or in recession because of the high cost of energy and spillovers from Russia’s invasion of Ukraine.

Most of the major emerging markets are in a similar position with high inflation but slowing or falling business activity.

In effect, the business cycle is much more mature in the other major economies with a cyclical slowdown already underway.

Rapid interest rate increases to control inflation in the core are not necessarily appropriate at the moment in the peripheral economies.

But interest rates are still rising on the periphery; central banks have no choice but to follow the Fed because their currencies are depreciating, increasing cost of dollar-denominated imports and driving their inflation rates higher.

In financial markets, the cyclical rise and fall of interest rates and yields in the United States induces a cyclical and destabilising flow of capital towards and then away from the peripheral economies.

Relatively small changes in financial conditions in the core are amplified on the periphery, where indebtedness is often higher, markets are shallower, liquidity is low, and policy flexibility is lower.

Rate changes in the United States always have potential to induce instability in other economies via this financial channel; the effect is especially severe when the Fed lifts them rapidly to regain control of the inflationary process.

“As central banks across the world simultaneously hike interest rates in response to inflation, the world may be edging toward a global recession in 2023,” the World Bank has warned.

“Central banks around the world have been raising interest rates this year with a degree of synchronicity not seen over the past five decades,” it noted (“Risk of global recession in 2023 rises”, World Bank, Sept. 15).

The bank cautioned about a possible “string of financial crises in emerging market and developing economies” as a result of tighter monetary conditions.

The risks to other economies from inflation and rising interest rates in the core have been understood by policymakers and investors for decades.

But as long as the Fed’s mandate requires it to focus exclusively on domestic inflation and employment, ignoring international spillovers, and the dollar remains the main reserve currency, rising rates in the United States will continue triggering instability elsewhere.