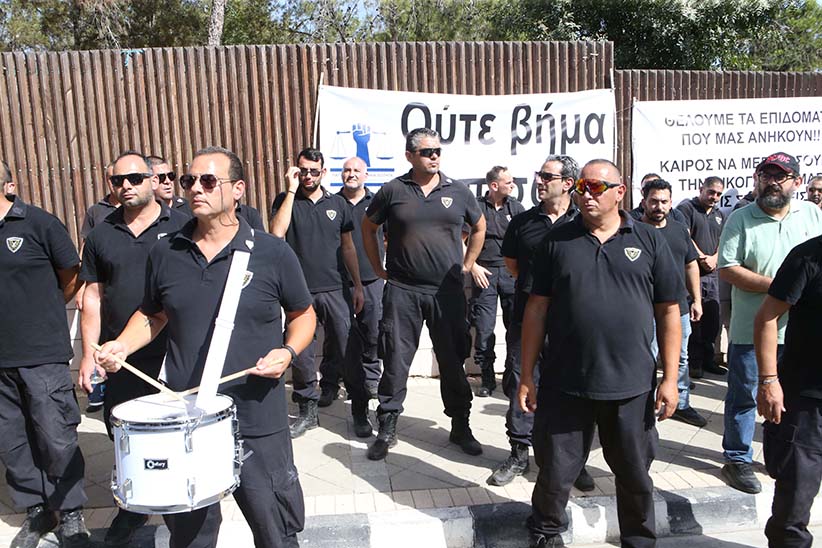 Prison guards who are members of Pasydy – the blanket civil servants union – have announced a 48-hour ‘warning’ strike for later this week, after the government did not submit counter-proposals on time within a dispute-resolution process.

Prison personnel said they will go on strike from 7am on Thursday to 7am on Saturday.

In a statement, the Pasydy union expressed disappointment with the employers’ side (the government) for not coming back with proposals of their own.

The union said it will forward to management at the Central Prisons a work schedule based on skeleton staff during the 48 hours, so that vital operations at the prisons are not disrupted.

It again called on the government to submit its proposals to avoid “any further disruption to the sensitive and critical field of the prisons.”

Earlier on Monday, prison guard members of the Isotita union announced they would not close off the traffic at Kalispera traffic lights, at the entrance of Nicosia, until Wednesday at noon, as they had initially planned to do.

Isotita members on Monday held a protest over their pay grades in front of the headquarters of Disy in Nicosia.

The protest entered its third week since it started with prison guards initially intentioned to close off Pindarou street, where the party offices are located.

However, after presidential candidate and head of the party Averof Neophytou agreed to a meeting with Maltezos, the decision to close off the road was revoked.

Further talks between Maltezos and Disy representatives ended in the protest at Kalispera traffic lights being called off.

“Our aim is not to inconvenience the people, but to have our demands heard and eventually met,” Maltezos told media.

However, he also said that in case a solution or a common ground for talks is not found, the protest will continue.

The planned demonstration in front of Nicosia’s central prison on Tuesday morning is still set to go ahead, Maltezos confirmed.

On top of issues related to pay grades, prison guards are also demanding that their civil service pay bracket be upgraded from A2 5-7 to A3 5-7.

They have argued that the justice ministry promised them such an upgrade, but Justice Minister Stephie Dracou last week stated that her office had merely passed on the demand for a discussion at the finance ministry.