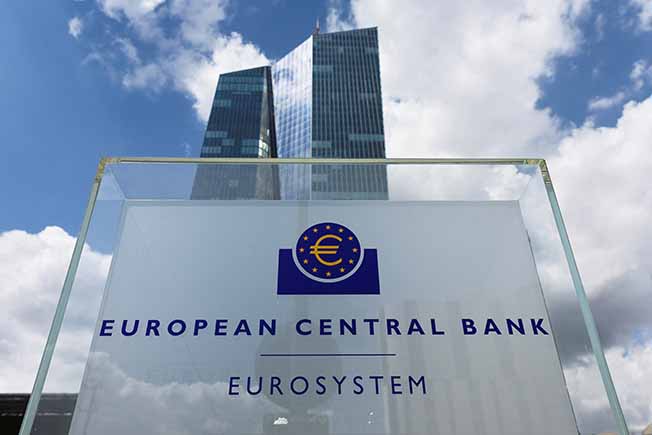 Signage is seen outside the European Central Bank building in Frankfurt, Germany

The meeting of the European Central Bank’s (ECB) Governing Council, scheduled to take place in Limassol on Wednesday, is expected to include a discussion on reducing the ECB’s balance sheet, according to reports.

With the ECB already starting its key rate hike cycle in an effort to tame record-high inflation, central bankers are already raising the issue of reducing the bank’s balance sheet, which is referred to as quantitative tightening.

In addition, the Financial Times reported that the discussion on the ECB’s reduced balance sheet will begin at the board meeting in Cyprus, with official announcements on the matter expected toward the end of the year.

In a report released on September 9, the British newspaper, citing two people involved in the discussions, reported that the ECB is likely to decide at the end of the year to reduce the amount of reinvestment of maturing bonds, which mainly concern government bonds, while net asset purchases ended in July.

The proposed change, which will make the bank’s balance sheet smaller and is known as quantitative tightening, the opposite of quantitive easing, could take effect in the first quarter of 2023, the two officials told the newspaper.

According to official ECB data, the balance of assets that the ECB held on its balance sheet through PEPP amounted to €1.7 trillion on September 23.

The total balance of the APP Programme amounted to €3.26 trillion at the end of August, of which €2.6 trillion represented public sector assets (PSPP).

In addition, according to the data, the total value of Cypriot bonds held (until the end of August) on the ECB’s balance sheet through the two programmes (PEPP and PSPP) amounted to €6.78 billion.

However, responding to questions on the issue during a press conference in Frankfurt on September 8, ECB President Christine Lagarde said that now was “not the time” to discuss a reduction to the ECB’s balance sheet and that this issue “is premature “, since the ECB’s main tool for dealing with inflation is interest rates.

Net purchases for bonds through the APP and PEPP programmes ended in July and March of the same year respectively.

However, the board decided that the bonds acquired through PEPP will be reinvested “at least until the end of 2024”, while in terms of APP, the amounts from the redemption of the bonds will be reinvested “for an extended period of time after the date on which it began to increase the key interest rates of the ECB and, in any event, for as long as is deemed necessary to maintain conditions of abundant liquidity and the appropriate direction of monetary policy”.

Regarding targeted longer-term refinancing operations (TLTROs), a tool that is used to provide liquidity to banks, the ECB Governing Council noted in its latest decision that it will continue to monitor banks’ funding conditions and ensure that the termination of operations under the third series of TLTROs does not affect the smooth transmission of its monetary policy. The council will also regularly assess how targeted financing operations contribute to its monetary policy direction.

However, analysts have highlighted the lack of collateral, a problem that has emerged from the ECB’s decision to purchase bonds, which are also used as collateral for raising liquidity.

Finally, aside from the Governing Council’s meeting in Limassol on Wednesday, it is also expected to have an informal meeting on Thursday.

A good night’s sleep is a tonic to remember