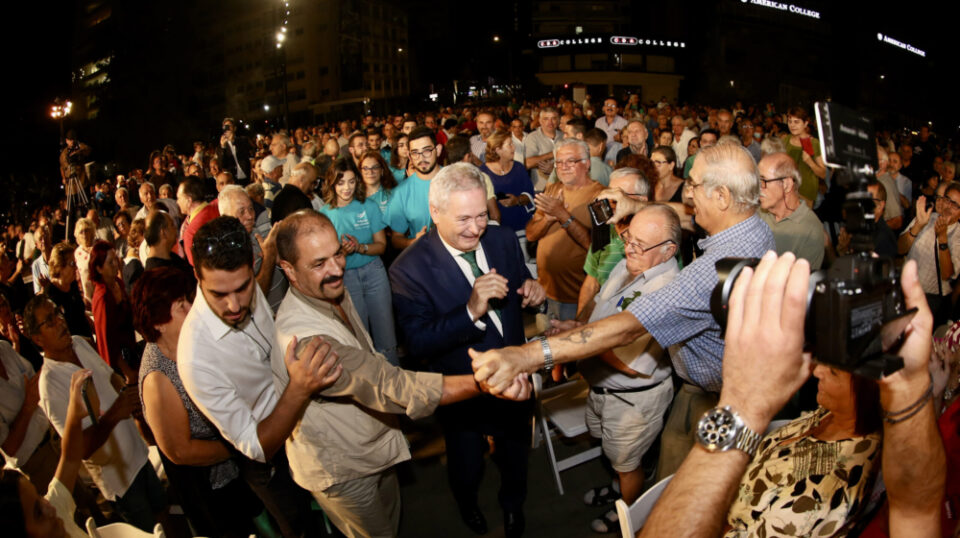 Now is the time for progressive change, independent presidential candidate Andreas Mavroyiannis said on Tuesday, presenting his plan as president in Nicosia.

Mavroyiannis, who is independent but backed-up by main opposition Akel, said that the other two candidates Averof Neophytou and Nikos Christodoulides are a continuation of the Anastasiades’ government.

Speaking at Nicosia’s Eleftheria Square, Mavroyiannis presented his positions on the inflation, health, worker’s rights, the migrant issue, and the Cyprus problem.

About inflation, he said that Cyprus is fourth from the bottom in relation to the rest of the European countries in support policies to deal with inflation.

“It is self-evident that the current administration and the two would-be successors are neither able nor willing to act on inflation. They neither want nor can implement policies for the benefit of the many,” he said.

On health, Mavroyiannis said that the national health scheme (Gesy) must be strengthened and improved. These must include a strong system of checks, bettering state hospitals, and their independence with policies that improve the quality of their services.

He also said that the dignity of workers is an absolute priority and “that is why we include in our policy the abolition of the unfair 12 per cent cut in pensions for those who retire at the age of 63 having exceeded the required years of work. That’s why we are ready to proceed with legislative regulations of minimum mandatory labour rights and the amendment of the decree on the minimum wage.”

Commenting on the migration crisis, he said that hard work is needed with clear goals and direction is needed.

Regarding the Cyprus problem, he said: “Real security, stability and perspective for tomorrow will only exist when the Cyprus issue is resolved.

“Faced with the impasse they created as apprentice magicians; they naively believe that identifying ourselves as an ‘advanced NATO outpost’ or perching in our corner and getting comfortable with half of Cyprus as long as we have the power is the solution. No. A thousand times no.”

Anna Theologou spoke at the event on behalf of the support group for the candidacy of Andreas Mavroyiannis, while statements of support for Mavroyiannis were read out on behalf of former president Giorgos Vassiliou, Martin Schulz, Former President of the European Parliament and President of the Friedrich Ebert Foundation, Ozdil Nami, Former negotiator of the Turkish Cypriot community, Hampis Tsangaris, Charaktis, Dr Maria Theodoulou, Oncologist at Sloan Kettering Memorial in New York.