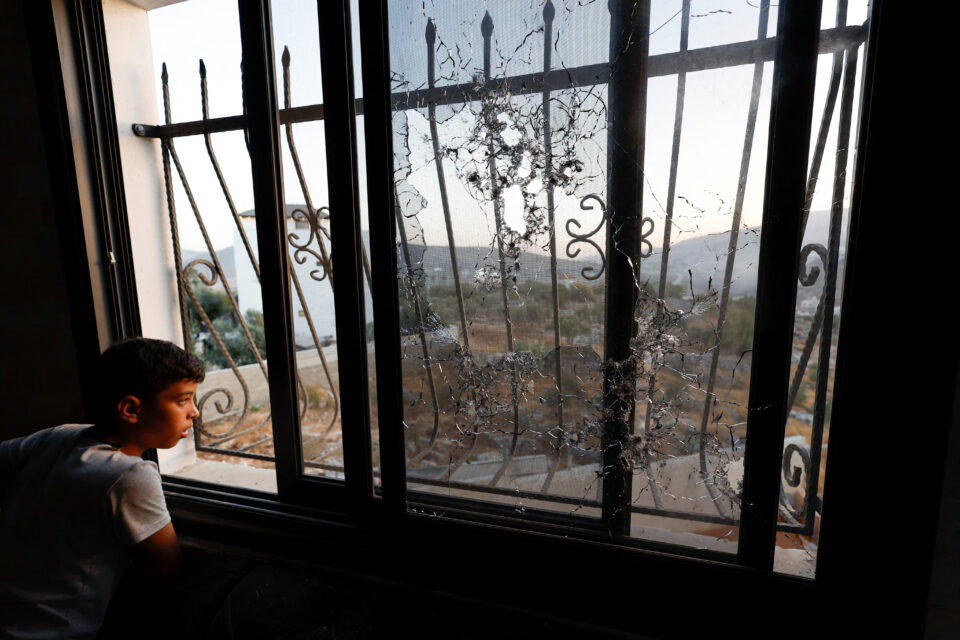 A boy looks out of a destroyed window during an Israeli raid in Nablus in the Israeli-occupied West Bank October 5, 2022. REUTERS/Raneen Sawafta

Israeli forces killed a Palestinian man during clashes in the occupied West Bank on Wednesday, the Palestinian Health Ministry said, the latest in a series of near-daily confrontations.

At least six other Palestinians, including two journalists, were wounded by Israeli fire and dozens more were treated for tear gas inhalation, medics at the scene said.

The clashes began when Israeli forces surrounded the house of Salman Imran, claimed as a member by the Islamist militant group Hamas, in the town of Deir al-Hatab east of Nablus.

The Israeli military said in a statement that it carried out the operation to apprehend Imran, who was suspected of involvement in an attack against Israelis in the West Bank on Sunday.

Soldiers surrounded Imran’s house following precise intelligence, the statement said, and responded with live fire after he shot at the forces while barricaded inside.

In an audio message circulating on social media, Imran said he was engaged in a gun fight with Israeli soldiers and called on other men to join.

Witnesses said dozens of Palestinian gunmen fired at Israeli forces in an attempt to foil their operation.

Videos on social media seemed to show Imran being escorted outside his house by Israeli soldiers after hours of fighting.

The wanted man’s uncle, Bassim Imran, told Reuters he convinced his nephew to eventually turn himself in after Israeli forces fired a grenade at the multi-storey family home and began knocking it with a bulldozer.

The Palestinian Health Ministry said the man who was killed, 21-year-old Alaa Zaghal, was shot in the head. Palestinian medics said he was unarmed when Israeli forces fired at him near the town’s entrance, away from where the clashes were taking place.

The Israeli military said in its statement that an assailant was killed during an exchange of fire.

“These clashes are part of an escalation in our resistance in the West Bank and is our people’s response to what is happening in the blessed Al Aqsa Mosque,” Hamas spokesperson Hazem Qassem told Reuters.

Israel has intensified its raids in the West Bank in recent months following a spate of Palestinian street attacks that killed 19 people in its cities and as a general election approaches on Nov. 1.

More than 80 Palestinians, including gunmen and civilians, have been killed since January, in what the European Commission described as the deadliest year in the West Bank since 2008.

Israel captured the West Bank, Gaza and East Jerusalem in a 1967 Middle East War. Palestinians seek these territories for a future state.