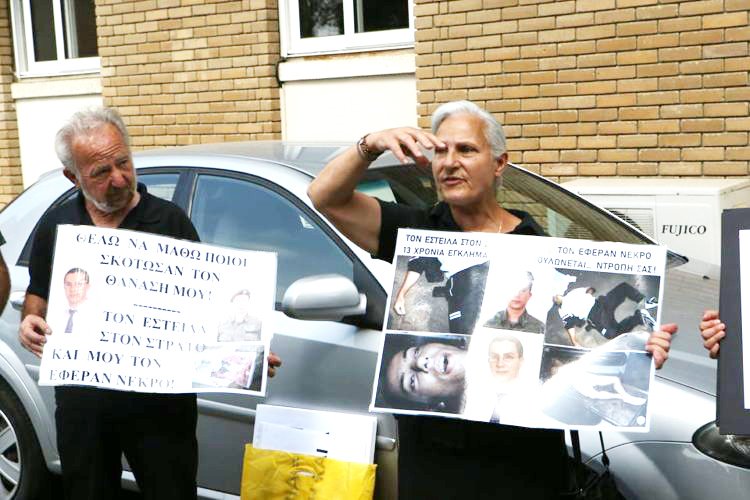 The state pathologist who wrote up the initial report on the death of Thanasis Nicolaou as a suicide has filed a complaint with the police watchdog unit against the police officers involved in the initial case.

The latest twist in the tragic tale of the national guardsman, who died in 2005, saw the legal team of Panicos Stavrianos – the medical examiner at the time – report the officers, hinting that it is they who are responsible for any mishandling of the initial investigation.

His report comes after the attorney general instructed the police to launch another investigation into the case, appointing four members who have three months to wrap it up.

The latest development was reported by Phileleftheros and comes after a third investigation into the young man’s death, which itself was launched following the Republic’s chastisement by ECHR over the mishandling of the case.

One of the investigators tasked with the latest report said that criminal acts had been committed, casting serious doubt over Stavrianos’ findings in 2005 that the death was a suicide.

It is understood that the latest report casts some responsibility on Stavrianos and points to murder as the cause of death – not suicide as was initially claimed.

The fresh police investigation will look at who may have carried out the criminal acts, with a key point of interest being the DNA of three unknown persons which was found on the dead soldier’s clothes. At the time, samples were only taken from two fellow soldiers instead of the entire unit he was serving with, Phileleftheros reported.

It has been stated that the latest report points to three potential suspects.

Following the latest revelations, Stavrianos has asked for police protection and decried a “trial by the media”.

Savvas Matsas, one of the two criminal investigators involved in the latest report, was removed from the case after he spoke to the media about details from his findings – which according to the AG should not have been published.

After having handed over the report, Matsas told reporters that: “I have been in this profession for 50 years and I have never seen such a degree of negligence from the authorities that were responsible for investigating the matter.”

He explained that the negligence mostly concerned the forensic examination of the body during the post-mortem, calling it “the moment in which the case examination started taking a turn for the worse”.

He also alluded to a cover-up.

“Unsubstantiated findings were claimed to be facts throughout the entire case, which led to an incomplete and incorrect investigation.

“As a result, an incredibly serious offence was investigated as a minor offence by the police,” Matsas said.

Nicolaou’s mother has been unrelenting on the matter as she never believed the narrative that her son had committed suicide, instead pointing to fellow army mates as having bullied Nicolaou.

Nicolaou was found dead under a bridge in Alassa, Limassol, about 12 kilometres from his home and barracks. He was meant to report back to his unit after an overnight leave.