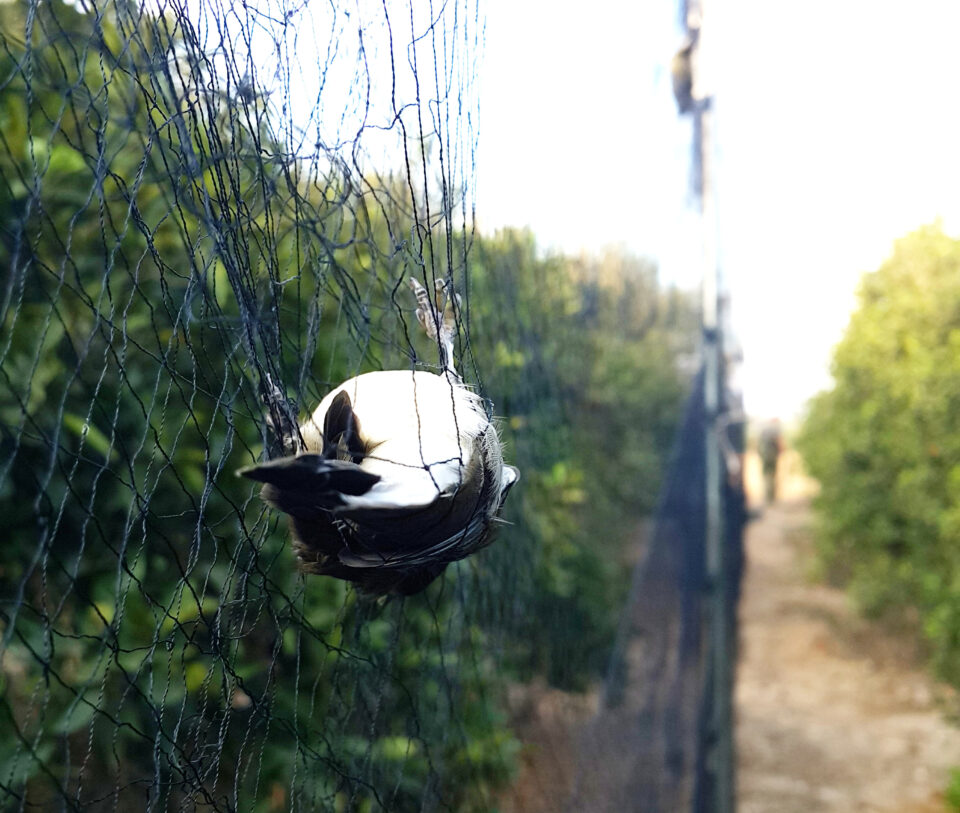 SBA police efforts to combat illegal bird trapping are ongoing, with seven arrests made in just one week in September, they announced on Thursday.

The police’s dedicated Community Action Team (CAT) has been out on the ground in the Eastern SBAs working alongside members of the Committee Against Bird Slaughter (CABS), the bases said.

In a written statement, the bases detailed a series of arrests that took place in the span of a single week, from September 14 to 21.

The arrests were made in collaboration with Cabs activists, who helped police identify poachers and their equipment within SBA territory.

The statement said that on September 14, police made one arrest in an open field in Pyla, seizing mist nets and bird imitating devices, and discovering 22 dead wild birds.

Two other men attempting to avoid arrest fled the scene but were later picked up by officers and have been charged with illegal bird trapping.

“This operation resulted in the arrest of three individuals and the seizure of bird trapping equipment and it once again highlights the importance of the CAT team and its working relationship with other organisations like CABS,” bases chief inspector Panicos Panayi said.

He also revealed that on September 21, four other individuals – all from Xylophagou – were arrested for bird trapping.

During the operation, officers on the ground seized mist nets and discovered 27 wild birds, one bird imitating device with a loudspeaker, a USB stick, four iron poles and a car battery.

“This was another successful operation by our team,” Panayi said, explaining that officers had placed the orchard where the arrests took place under surveillance and waited until the right time to make the arrests.

Despite the fact bird trapping levels have fallen by 90 per cent within SBA territory, Panayi said that police will continue their efforts to eradicate the issue while working alongside dedicated organisations like Bird Life Cyprus, CABS and the RSPB.

“We operate a zero-tolerance policy on bird trapping in our areas and that will not change,” he said.

“We will continue to use every piece of technology available to us and by working alongside other organisations, we will catch and prosecute the perpetrators of this crime to the full extent of the law.”

The men arrested will appear before the SBA Court in Dhekelia in the coming weeks to answer their charges.