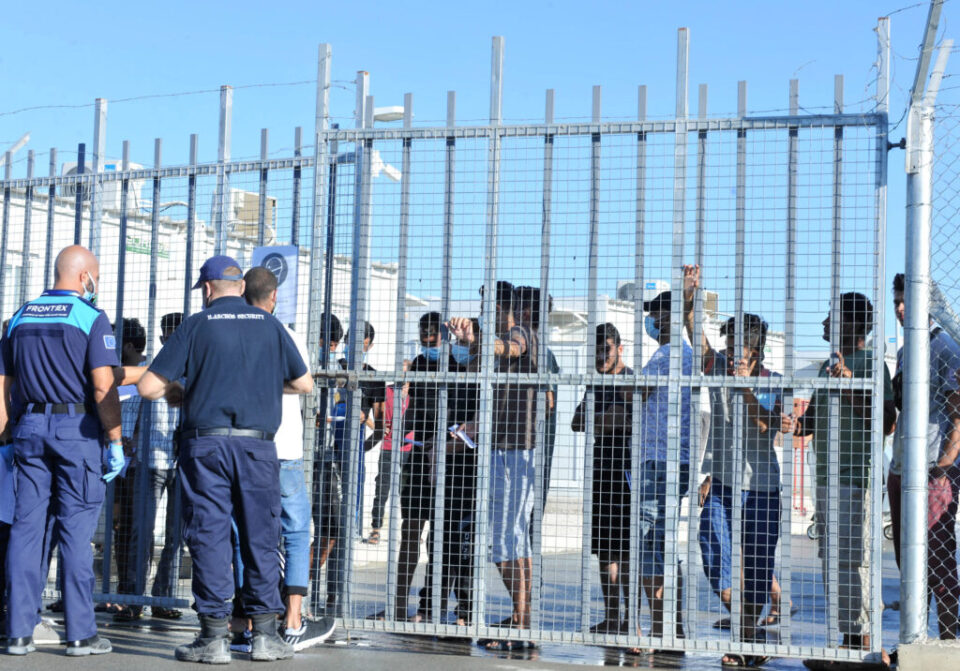 Cyprus is this year facing a 122 per cent increase in irregular arrivals in the first seven months compared to the same period in 2021, mainly due to arrivals from Turkey to the north of the island and then over the Green Line, according to the EU’s 2022 report on migration and asylum published on Thursday.

“Irregular arrivals along the Eastern Mediterranean route doubled compared to 2021, mostly due to heightened migratory pressure in Cyprus, which currently accounts for roughly 60 per cent of arrivals along the route,” the report said.  Syrians, Nigerians and Turks are the main nationalities on this route.

The first seven months of the year saw a rise in asylum applications compared to the same period in 2021, a year when figures were depressed by the pandemic, from around 290,000 applications to almost 480,000.

This compares to 375,288 in the same period of 2019. Across Europe, Afghans, Syrians and Venezuelans lodged the most applications, and, as in 2021, most were received by Germany, France and Spain.

“Whilst the pressure may not be evenly distributed, no Member State has not felt the impact of the dramatic external events of the past year, whether arrivals from Ukraine, or the significant increase in irregular arrivals on other routes, or a combination of the two. Absolute figures do not always reflect the relative impact on individual Member States, given their size, absorption capacity or history of large numbers of arrivals,” the report said.

It also contains a special section on the situation for Cyprus.

“Currently, Cyprus has the highest number of asylum seekers per capita in the EU,” it said, adding that the Commission, with the EU agencies, has stepped up support to the island with a comprehensive action plan on migration management agreed between the Cypriot authorities, the Commission and the agencies in February 2022.

This support includes more than 160 experts deployed on the ground by the Commission, Frontex, Europol and the EU Asylum Agency combined, it said.

Following the setting up of a tripartite ‘Return Working Group’ with Frontex and the Commission, “Cyprus is steadily increasing returns”, including through joint return operations organised by Frontex.

“Cyprus now ranks third among Member States for non-EU nationals returned by commercial flights with the support of Frontex, with the escort of forced returns helped by the deployment of return specialists in March,” the report added.

These efforts are backed up by EU outreach to the countries of origin and transit most relevant for Cyprus, including Turkey, Nigeria, the Democratic Republic of Congo, Pakistan and Cameroon.

A key issue in Cyprus has been enrolments in fake “universities” in the non-government controlled areas of Cyprus, with those entering the island from Turkey on the basis of such enrolments and subsequently attempting to cross the Green Line.

“The Commission has engaged in intense outreach, in particular towards Turkey and the Turkish-Cypriot administration, to put an end to practices that facilitate such irregular arrivals,” said the report, adding that EU-funded information campaigns in countries of origin are complementing this work.

Funding for Cyprus under the 2021-2027 Home Affairs Funds includes support to the construction of a new open reception centre and pre-departure detention centre, with safe zones for vulnerable people, recreational and common areas, medical and quarantine areas.

The report said the year ahead would be decisive for legislative work on migration and asylum that is urgently needed to complete the EU’s ability to respond “with solidarity, responsibility and fairness, to all challenges”.

Aside from the Eastern Mediterranean route that affects Cyprus, the Central Mediterranean route remains the most frequently used. Almost all arrivals were to Italy, with Malta seeing a substantial decrease. Currently, Tunisians, Egyptians and Bangladeshi are the main nationalities along the route. Most departures continue to come from Libya and Tunisia, though Turkey now accounts for 16 per cent of total irregular arrivals.  The year also saw migratory movements from Lebanon directly to Italy.

The number of arrivals in Greece remains lower than before the pandemic. Syrians, Nigerians and Turks are the main nationalities on this route. On the Western Mediterranean/Atlantic route. Algeria and Morocco/Western Sahara remain the main countries of departure towards mainland Spain and the Canary Islands. Main countries of origin are Morocco, Algeria, Senegal, Côte d’Ivoire and Guinea.

On publication of the report, Commissioner for Home Affairs, Ylva Johansson, said: “Ahead of the upcoming Justice and Home Affairs Council, the Commission is presenting this report which highlights clearly the urgent need to Europeanise migration policy. As the migration response to the illegal invasion of Ukraine showed, a joint European response works. Effective external border controls, while respecting fundamental rights, helping those in need and looking after our long-term labour needs, requires Member States to recognise that we can only make progress on migration policy by working together.”