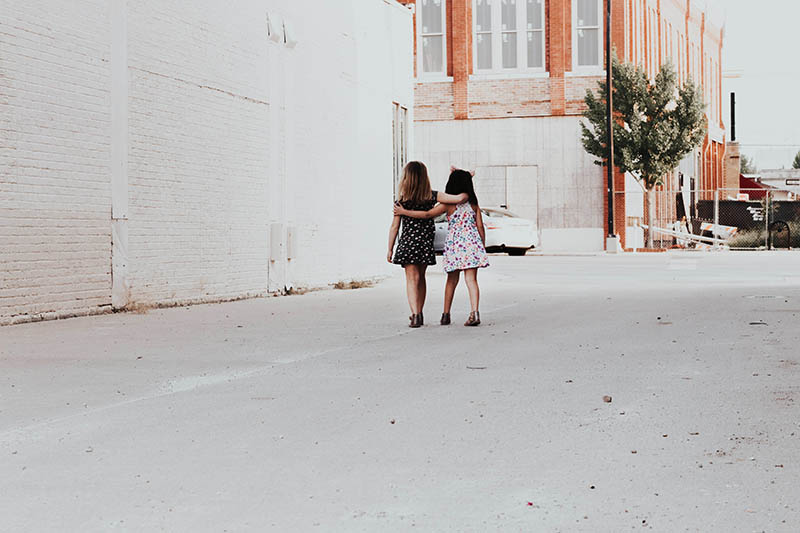 How to optimise the pursuit of wellbeing and happiness is a question researchers have tried to tackle from a range of angles. The social effects of the pandemic led many people to focus more closely on their mental health and buffer against threats to well-being – in short, to pursue happiness.

Given the recent popular movement towards ideals of self-care and focusing inward, my colleagues and I wanted to further investigate the best way to increase one’s happiness and mental health.

We compared people who chose to treat themselves by spending money, or time, or some form of resources on their own happiness (anything from painting their nails, to watching their favourite movie), versus those who treated others (again, anything from opening the door for someone at the grocery store, to donating goods to charity). In both cases, people largely did simple, low- to no-cost acts on a daily basis.

What we found was surprising: for people who didn’t consistently enact behaviours outside of their normal routine, kind acts had no effect on their wellbeing. However, for those who fully engaged in the study by consistently enacting behaviours outside of their normal routine, acts of kindness had bigger boosts to their wellbeing and mental health compared to those who treated themselves.

Not only that, but for those who fully engaged in their kind acts, those acts were associated with reductions in both anxiety and depression.

Our study joins a long line of research findings that concur. Some have found that spending our energy on other people (particularly those less fortunate) makes our own troubles seem less pressing.

Others have noted that treating others often means spending time with them, building and reinforcing relationships – and we know that strong social relationships are one key to happiness. Relatedly, when other people are present, we tend to smile much more – essentially experiencing positive emotions more frequently.

Research has also suggested that leading a meaningful life is a significant predictor of feeling good. In contrast, spending – whether time, money or effort – on yourself doesn’t seem to have the same benefits.

Interestingly, we have found that as long as you don’t do the same act over and over (for example, baking cookies for your neighbour every day), you are sure to gain benefit from your kindness.

However, there were three factors that make certain acts particularly beneficial to happiness.

First, doing something outside of your normal routine – for example, driving your neighbour to his doctor’s appointment – affects your happiness more than routine acts, such as helping your spouse with the dishes.

Second, changing the kind acts that you do is important. For example, one day you might help a co-worker finish their tasks, while another day you might choose to spend time helping your niece learn to play soccer. So, variety is key.

Third, happiness is boosted when you receive positive feedback about the kind act that you did. Knowing how you have helped someone or receiving gratitude and appreciation for your act amplifies your positive feelings.

Trying to increase your happiness and mental health doesn’t have to be hard, time-consuming or expensive. In fact, it can be done in the span of 60 seconds without much effort or money at all – just consider holding open a door for a stranger or giving your colleague a compliment.

Although engaging in kind acts isn’t a universal remedy for emotional needs, these little acts of kindness can all add up to the old adage: in helping others, you really can help yourself.

Meena Andiappan is Assistant Professor of Management and Organizations, University of Toronto. This article is republished from The Conversation under a Creative Commons licence

Building brand momentum with the power of sports sponsorships