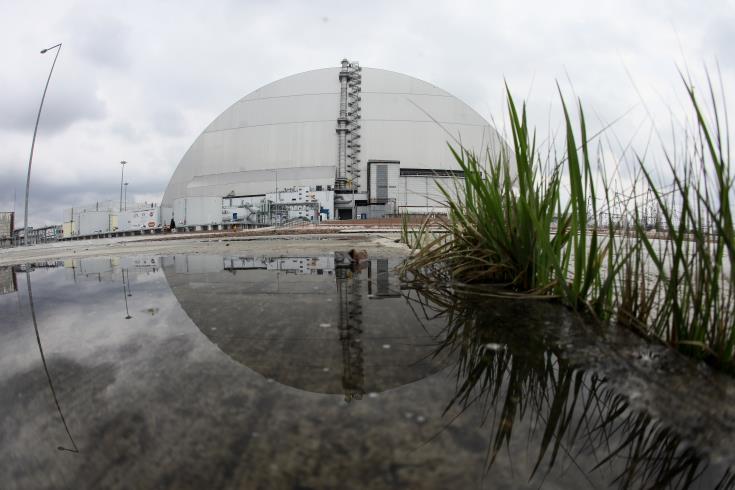 Europe’s largest nuclear power plant was forced to use emergency diesel generators for several hours on Wednesday to run cooling systems for the second time in less than a week after shelling in Ukraine cut electricity supplies.

Since Russia invaded Ukraine and took control of the plant, the war around the six-reactor station has raised fears of a catastrophe just 500 km (300 miles) from the site of the world’s worst nuclear accident, the 1986 Chernobyl disaster.

Russian forces control the power station which is near the front line in an area of Ukraine annexed by Russia. Moscow and Kyiv accuse each other of shelling it and the surrounding area.

A sub station was struck on Wednesday far from the plant but it knocked out the one remaining 750,000-volt power line, triggering diesel-run generators which power the pumps to keep water cooling the reactors and spent nuclear fuel.

“The fact that the plant’s external power was lost because of an incident far away shows how vulnerable it is with only one power line connecting it to the grid,” IAEA Director General Rafael Grossi said in a statement.

“The situation at the plant is clearly untenable and immediate action is required to strengthen nuclear safety and security and prevent a nuclear accident from happening.”

Grossi has repeatedly raised grave concerns in public over the fighting around the plant, and is trying to get Moscow and Kyiv to agree to a safety zone around the plant.

Power is key to the safety of the plant even with the reactors shutting down. Pressurised water is used to transfer heat away from the shutdown reactors, and pumped water is also used to cool down removed spent nuclear fuel from the reactors.

If the power was cut and auxiliary systems such as 20 diesel generators (which have enough diesel for 10 days) failed to keep the reactors cool, then the fuel could melt down and the zirconium cladding could release hydrogen.

A meltdown of the fuel, which remains extremely hot for some time even after the reactor shutdown, could begin a fire or explosion that could release a plume of radionuclides into the air where they could be spread over a large area.

IAEA chief Grossi has visited Kyiv and St Petersburg in recent days in an attempt to get a demilitarised zone agreed. After a meeting with President Vladimir Putin, Grossi said on Wednesday he was returning to Kyiv for more talks.

But the Russian-installed leader of the region said a safety zone was not possible until the front line is at least 100 km (62 miles) away.

“As of today, I think that it is extremely unsafe,” Yevgeny Balitsky told state television.

He also warned that the plant could not be quickly and easily relaunched should shells further compromise its safety. “It’s not a toy, you can’t just turn it on and off like a switch.”