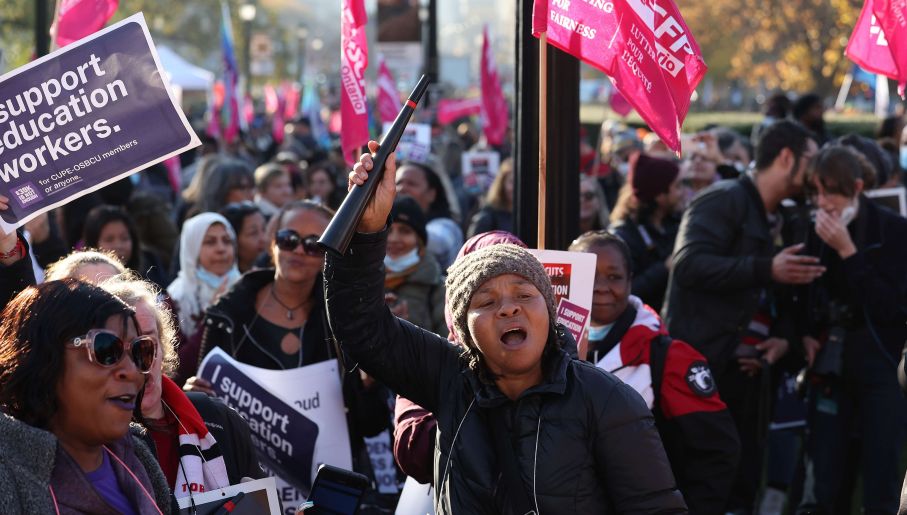 Aunion representing 55,000 education workers went on strike on Friday in Canada’s most populous province of Ontario after failing to reach an agreement with the provincial government for better pay and more frontline staff in schools.

The walkout by the workers, which include educational assistants, secretaries and library workers, forced hundreds of schools to keep their doors shut on Friday.

The Toronto District School Board, Canada’s largest with 247,000 students in 583 schools under its supervision, has said that all its schools would stay closed while the strike continues.

The workers served a notice of strike on Sunday saying they had been unsuccessful in negotiating a new contract with Premier Doug Ford’s right-leaning Progressive Conservative government.

In anticipation of the strike, the Ford government passed a controversial law to force a contract on the workers represented by the Canadian Union of Public Employees (CUPE) and prevent them from going on strike.

The legislation, introduced on Monday and passed into law on Thursday, has been widely criticized for its use of a so-called notwithstanding clause, which allows a provincial government to override certain aspects of Canada’s Charter of Rights, which protects employees right to form unions.

“The proactive use of the notwithstanding clause is actually an attack on people’s fundamental rights, and in this case, is an attack on one of the most basic rights available that of collective bargaining,” Prime Minister Justin Trudeau told reporters in Toronto on Friday.

The Ford government argues that the workers’ demands are too high and that the legislation was necessary to keep classrooms open after two years of disruptions to in-person schooling due to the COVID-19 pandemic.

The Keeping Students in Class Act has made striking by CUPE workers an offence, carrying a fine of up to $C4,000 ($2970) for each individual. The union has said they will fight or pay the fine, if needed.

Still, on Friday morning, workers started picket lines at dozens of locations across the province, including outside the office of Ontario Education Minister Stephen Lecce.

Lecce, calling the strike “illegal” in a statement, said the government had filed a submission to the Ontario Labour Relations Board against CUPE workers.

“Nothing matters more right now than getting all students back in the classroom and we will use every tool available to us to do so,” Lecce said.

UK new car sales up by nearly a quarter in October