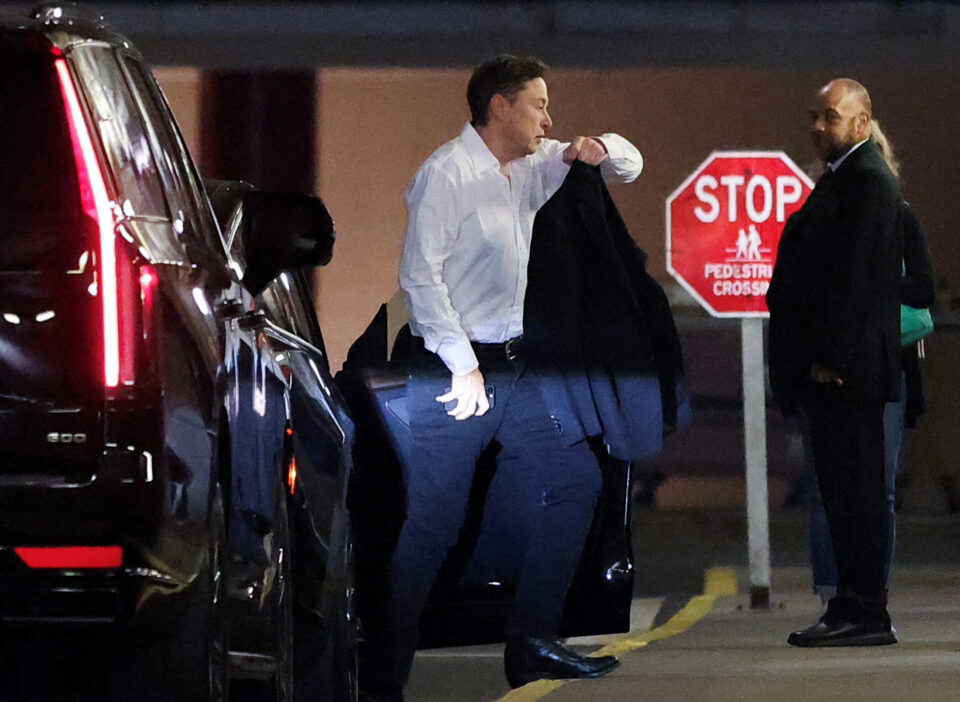 Twitter Inc laid off half its workforce on Friday but said cuts were smaller in the team responsible for preventing the spread of misinformation, as advertisers pulled spending amid concerns about content moderation.

Tweets by staff of the social media company said teams responsible for communications, content curation, human rights and machine learning ethics were among those gutted, as were some product and engineering teams.

The move caps a week of chaos and uncertainty about the company’s future under new owner Elon Musk, the world’s richest person, who tweeted on Friday that the service was experiencing a “massive drop in revenue” from the advertiser retreat.

Musk blamed the losses on a coalition of civil rights groups that has been pressing Twitter‘s top advertisers to take action if he did not protect content moderation – concerns heightened ahead of potential pivotal congressional elections on Tuesday.

After the layoffs, the groups said they were escalating their pressure and demanding brands pull their Twitter ads globally.

“Unfortunately there is no choice when the company is losing over $4M/day,” Musk tweeted of the layoffs, adding that everyone affected was offered three months of severance pay.

The company was silent about the depth of the cuts until late in the day, when head of safety and integrity Yoel Roth tweeted confirmation of internal plans, seen by Reuters earlier in the week, projecting the layoffs would affect about 3,700 people, or 50% of the staff.

Among those let go were 784 employees from the company’s San Francisco headquarters and 199 in San Jose and Los Angeles, according to filings to California’s employment authority.

Roth said the reductions hit about 15% of his team, which is responsible for preventing the spread of misinformation and other harmful content, and that the company’s “core moderation capabilities” remained in place.

Musk has promised to restore free speech while preventing Twitter from descending into a “hellscape.”

President Joe Biden said on Friday that Musk had purchased a social media platform in Twitter that spews lies across the world.

“And now what are we all worried about: Elon Musk goes out and buys an outfit that sends – that spews lies all across the world… There’s no editors anymore in America. There’s no editors. How do we expect kids to be able to understand what is at stake?”

Major advertisers have expressed apprehension about Musk’s takeover for months.

Brands including General Motors Co GM.N and General Mills Inc GIS.N have said they stopped advertising on Twitter while awaiting information about the new direction of the platform.

Musk tweeted that his team had made no changes to content moderation and done “everything we could” to appease the groups. Speaking at an investors conference in New York on Friday, Musk called the activist pressure “an attack on the First Amendment.”

The email notifying staff about layoffs was the first communication Twitter workers received from the company’s leadership after Musk took over last week. It was signed only by “Twitter,” without naming Musk or any other executives.

Dozens of staffers tweeted they had lost access to work email and Slack channels overnight before receiving an official layoff notice on Friday morning, prompting an outpouring of laments by current and former employees on the platform they had built.

They shared blue hearts and salute emojis expressing support for one another, using the hashtags #OneTeam and #LoveWhereYouWorked, a past-tense version of a slogan employees had used for years to celebrate the company’s work culture.

Twitter‘s curation team, which was responsible for “highlighting and contextualizing the best events and stories that unfold on Twitter,” had been axed, employees wrote.

Shannon Raj Singh, an attorney who was Twitter‘s acting head of human rights, tweeted that the entire human rights team at the company had been sacked.

Another team that focused on research into how Twitter employed machine learning and algorithms, an issue that was a priority for Musk, was also eliminated, according to a tweet from a former senior manager at Twitter.

Senior executives including vice president of engineering Arnaud Weber said their goodbyes on Twitter on Friday: “Twitter still has a lot of unlocked potential but I’m proud of what we accomplished.”

Employees of Twitter Blue, the premium subscription service that Musk is bolstering, were also let go. An employee with the handle “SillyRobin” who had indicated they were laid off, quote-tweeted a previous Musk tweet saying Twitter Blue would include “paywall bypass” for certain publishers.

“Just to be clear, he fired the team working on this,” the employee said.

Twitter said in its email to staffers that offices would be temporarily closed and badge access suspended “to help ensure the safety of each employee as well as Twitter systems and customer data.”

Offices in London and Dublin appeared deserted on Friday, with no employees in sight. At the London office, any evidence Twitter had once occupied the building was erased.

A receptionist at Twitter‘s San Francisco headquarters said a few people had trickled in and were working in the floors above despite the notice to stay away.

A class action was filed on Thursday against Twitter by several employees, who argued the company was conducting mass layoffs without providing the required 60-day advance notice, in violation of federal and California law.

The lawsuit asked the San Francisco federal court to issue an order to restrict Twitter from soliciting employees being laid off to sign documents without informing them of the pendency of the case.

Cyprus looks to the Gulf for investment