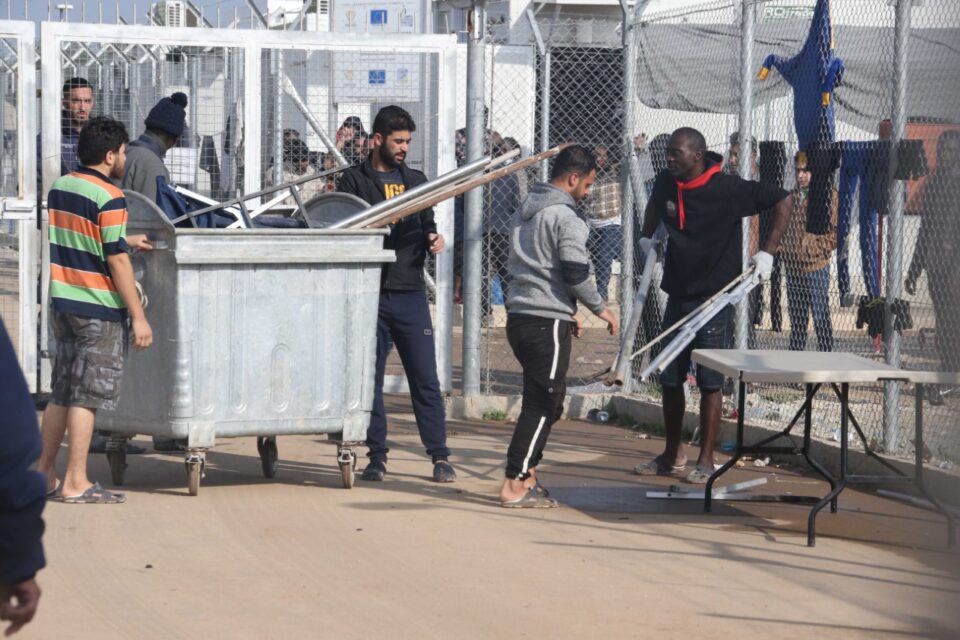 Police said on Sunday that eight people arrested Saturday evening at the Pournara reception centre after new clashes were all minors.

A number of people were injured in the incident, some taken to hospital.

The incidents broke out around 5.45pm on Saturday, police said, when groups of young people clashed with each other, using crowbars, stones and wood.

Police reinforcements from the Nicosia were sent to the scene to restore order.

They arrested eight minors suspected of being involved in the incidents.

Police said a small number of workers at Pournara were slightly injured.

Also, ten residents were taken to Nicosia General Hospital for treatment and after receiving first aid they were discharged.

Speaking on the sidelines of the annual ‘Police Week’ event in Nicosia on Sunday, spokesman Christos Andreou said police had immediately responded with reinforcements.

“Eight arrests of persons, all minors, were arrested against whom a case of fighting and assault against other persons is being investigated,” he said.

He confirmed that there had been some injuries and a number of people had been treated at Nicosia A&E.

“Fortunately all the injuries were minor and they received First Aid and were discharged,” said Andreou.

Asked about the cause of the clashes, he said it appeared to be personal differences between various people but the exact motives would be determined through the investigation that is underway.

Police have stationed additional personnel at the local police station to be on hand, and have also increased patrols around the facility and the surrounding communities.

Andreou said there would be new fencing erected and that a process started on November 3 to recruit 300 police officers for the centre. The process would be completed by November 23, he added.

“We hope that there will be a sufficient number of candidates or interested parties and we hope, according to the planning that has been done and if everything goes well, that 300 more officers will be with us early next year,” he said.

Clashes broke at the centre over a week ago that also resulted in injuries, fires and damage to accommodation. Dozens of people fled the facility at the time but returned later when the situation calmed down.

Hunter rescued by helicopter in Paphos