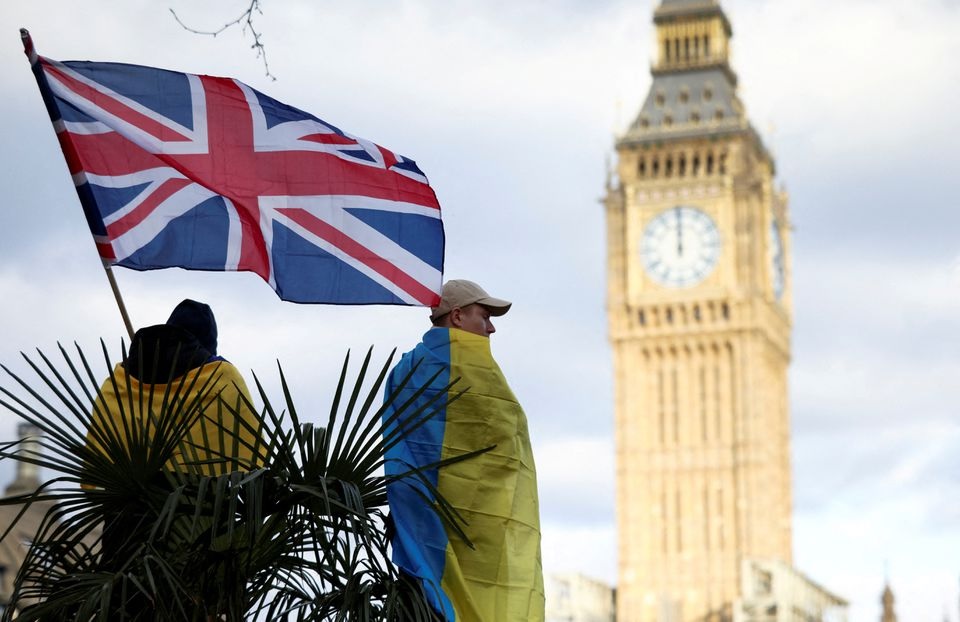 For Britain, the Ukraine war is one event that has scuppered Brexit

Brexit, the pandemic, the war in Ukraine and a kamikaze mini budget have brought Britain to her knees. Brexit could have worked for Britain in a different time, but it is now clear that people would not have voted for it if they knew that it would be followed by events that conspired against its success.

The consequences are an energy crisis, unprecedented cost of living increases, interest rate rises,, stagflation and recession that are all taking their toll in Britain. And the worst is yet to come once they gather cumulative momentum. Each is bad enough, but when they occur hard on the heels of one another they will stretch every sinew of the British state and rock the country to its core. Yet not a word against the war in Ukraine – the root cause of the present crisis. Incredible!

Brexit was self-inflicted. The British wanted out; they were persuaded by chancers like Nigel Farage and Boris Johnson that going it alone would free up Britain to engage with the world to great advantage. And then what happens? Right on cue a once-in-a-century pandemic breaks out and world trade stands still for two years.

“Events, dear boy, events,” prime minister Harold Macmillan allegedly told a young colleague in the 1950s as the reason political leaders in liberal democracies are blown off course. After 2019 events unfolded as if there was a conspiracy to show up the folly of Brexit.

History could have been different had the Covid pandemic and the war in Ukraine not happened, but they did and now that we have to live through their messy consequences, it is impossible not to cast some blame on Brexit.

The pandemic was just bad luck, although its nature and extent nipped Brexit in the bud; world trade came to a standstill just when Britain needed it most. And then as the pandemic began to subside the war in Ukraine came along and threw an even bigger spanner into Brexit.

When Russia began amassing troops around Ukraine about this time last year, a wiser more pragmatic British government under strong American leadership could have contained Russia instead of getting on its high horse about the sovereign right of every country to join Nato irrespective of the security concerns of Russia.

Lord Palmerston, probably Britain’s best foreign minister, would have seen British interests a lot more clearly than the bungling fools in charge of British foreign policy these days.  A wise foreign minister would have flown to Russia to assure the Kremlin that Britain and her allies would not encourage or support Ukraine’s membership of Nato and seek to placate Russian concerns. It seems no one bothered to think of the consequences of a war in Ukraine hard on the heels of a global pandemic; people now have to pick up the pieces of a broken world order and an energy crisis borne of a total absence of realpolitik.

The pragmatic British lost their pragmatic touch. They sent Liz Truss, of all people, to talk to the very experienced Russian foreign minister, Sergei Lavrov, and unsurprisingly she came back empty handed. Lavrov thought she was completely out of her depth and showed his disdain for her lack of competence by branding his encounter with her a dialogue with the deaf. The Russians think in terms of strategic defence of a vast land mass, and unless you recognise their concerns they will not listen to a word you say. Dr Henry Kissinger, a previous American Secretary of State, understood this very well as did Germany’s former leader Angela Merkel more recently.

It is all very well for the yellow and blue flag of Ukraine to adorn public buildings in UK and the lapels of government ministers until you realise that heroic feelings of solidarity with the underdog in the Ukraine war do not pay the bills.

The war is now responsible for a world shortage of food, an unprecedented energy crisis and a scramble for alternative sources of oil and gas. The irony is that this happened just when the world finally began to acknowledge that extreme weather events that wreak havoc across the globe are directly linked to the consumption of fossil fuels such as oil and gas.

To wean itself off fossil fuels the world needs Russia to regulate its production and supply of oil and gas gradually and to do this it is necessary to reconnect with Russia and get her and Ukraine to sue for peace at all costs.

Yet the war in Ukraine continues unabated. Even the old war horse, Winston Churchill, came round to the idea that it is better to jaw-jaw than to war-war but not it seems Vladimir Putin of Russia and Vlodymyr Zelensky of Ukraine. There is no end in sight in the internecine war between them and it is incredible there is not even a process to stop it despite all the harm to both countries and the wider world.

The grain deal has been the only process with which the two sides agreed to cooperate for the safe passage through an export corridor in the Black Sea that enables both Ukraine and Russia to export staple food produce, but sadly it has not been possible to build on it a more general cessation of hostilities.

For all their culture, civilisation and sophistication the Europeans, including the British, have found it impossible to start talking to Russia about peace in Ukraine despite all the death and destruction it is causing. Twice last century Europe plunged humanity in world wars that killed millions; they owe it to Ukraine, the rest of the world and to their own people to stop this futile war.

Sahel region poses a real challenge for the EU