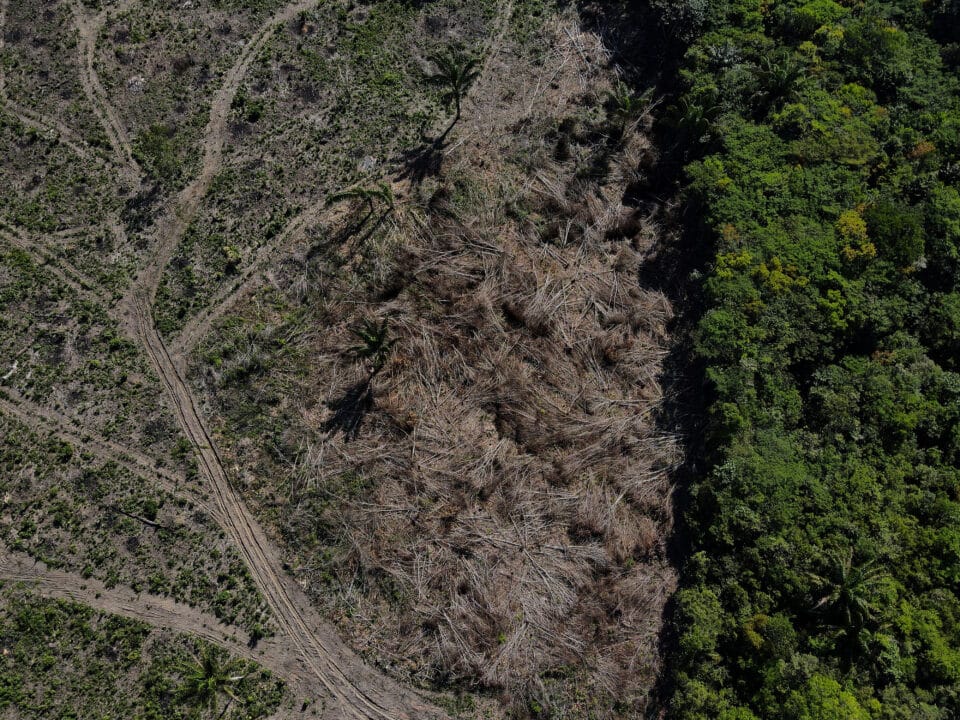 FILE PHOTO: An aerial view shows a deforested plot of the Amazon rainforest in Manaus

Before narrowly winning Brazil’s run-off election vote on Oct. 30, Lula began reaching out to Indonesia and the Democratic Republic of Congo (DRC) about forming a united front of tropical forest countries, according to a top aide of the leftist leader.

Green groups urged Brazil and other forest nations to team up to increase their bargaining power during talks with potential donors over rainforest protection.

“An alliance of countries such as Brazil, Indonesia and the DRC – who all face similar threats – can put pressure on richer countries to accelerate efforts to stop deforestation,” said Annisa Rahmawati, head of Indonesian conservation group Satya Bumi, noting Lula’s pledge to put forest protection at the heart of his economic plans and policies.

Cutting down forests has major implications for global goals to curb planetary warming, as trees absorb about a third of the climate-heating carbon emissions produced worldwide, but release the carbon they store when they rot or are burned.

But as forest-rich countries grapple with energy and food price pressures linked to Russia’s war on Ukraine, on top of fiscal pain from the Covid-19 pandemic, tapping into natural resources is seen by many as a solution.

Last year, an area of tropical forest the size of the Netherlands was lost, according to monitoring service Global Forest Watch, with Brazil seeing the highest rates of deforestation.

Lula hopes to turn that around, promising in his election victory speech to tackle the illegal logging, mining and land-grabbing that have driven surging Amazon deforestation over the past four years under far-right President Jair Bolsonaro.

“Having such a strong voice (like Lula) in any future alliance would amplify and accelerate efforts to shift to just and climate-friendly economic development, while ensuring our forests remain standing,” said Rahmawati.

Brazil, Indonesia and the DRC were among more than 140 nations that agreed to halt and reverse deforestation and land degradation by 2030 at last year’s COP26 climate summit in Glasgow.

The deal, which has seen slow progress so far, was underpinned by $19 billion in public and private funding commitments to invest in protecting and restoring forests.

Since then, Germany has pledged 1.5 billion euros ($1.5 billion) per year in international biodiversity finance, while Norway agreed a new funding pact with Indonesia to cut its carbon emissions by conserving the rainforest – potentially opening the door to more support from other donors.

Norway’s environment minister said in a social media post this week that it is also set to resume a deal to pay Brazil for results in Amazon forest protection, frozen after destruction of the world’s largest rainforest soared under Bolsonaro.

Carbon markets, meanwhile – which are another tool to slow deforestation – have been hampered by low prices, said James Deutsch, CEO at Rainforest Trust, a US-based nonprofit.

If the three most important potential government sellers of forest carbon credits join forces, however, that could help boost the price paid per tonne of avoided CO2 emissions, he added.

“It is an intriguing and potentially powerful strategy to increase monetary flows, reduce deforestation, and slow climate change,” he said.

The three countries also have a tremendous amount to teach the world on forest conservation, said Amy Duchelle, a senior forestry officer at the UN Food and Agriculture Organisation.

Brazil was the climate-change success story of the early 2000s when its government – led then by Lula – slashed deforestation rates in the Amazon, she said.

“Indonesia has (also) shown recent success in reducing deforestation,” noted Duchelle, adding that there is a huge opportunity for these countries to lead by example and demand more forest-friendly policies from other governments.

Another positive factor in forging a new rainforest alliance is that net-zero targets and climate action are far stronger than ten years ago, when a first effort to form such a partnership failed, said Rod Taylor, global director for forests at the World Resources Institute, a Washington-based think-tank.

There could now be a larger pool of finance and political momentum for the three countries to tap into “if they play their cards right”, he added.

But enforcing forest protection laws in remote areas is a problem for all three, conservationists said, while Bolsonaro’s allies form the largest bloc in Brazil’s Congress, which could hinder Lula’s policy push.

Toerris Jaeger, executive director of the Oslo-based Rainforest Foundation Norway, said the potential partners “face many of the same issues”, including how to monitor deforestation, stop illegal activity and support forest peoples.

Other forest nations – like Colombia – could also take part in talks and join any new alliance at COP27 to create a “more robust and effective” coalition, he added.