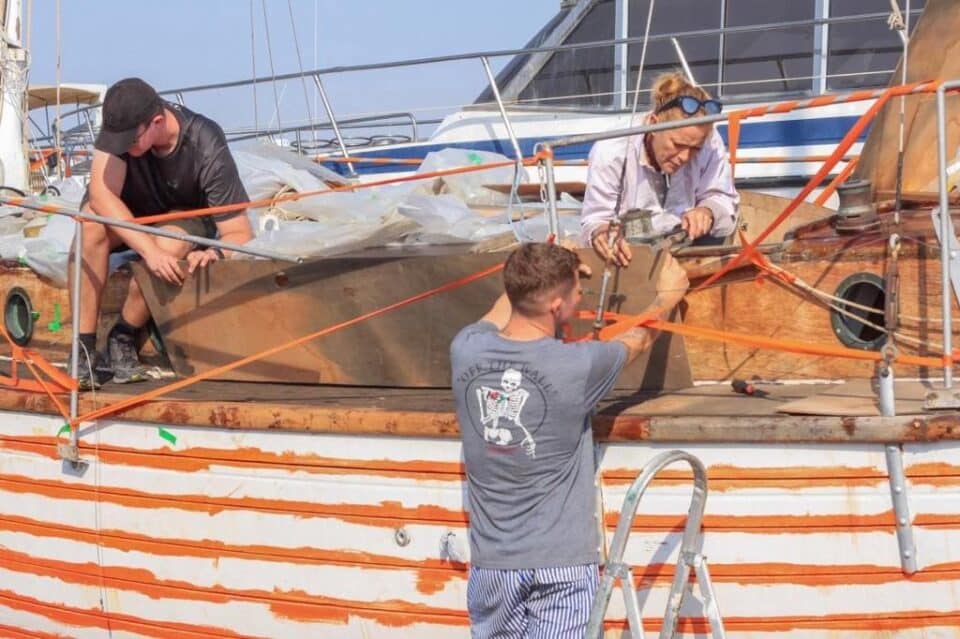 “Oh! Look at that; a little white feather just landed on the bonnet of my car… a feather carries a lifetime of hope you know.” Fiona Nicholas’ words echo in my mind as I attempt to convey what it is that she does. For without a doubt, her foundation’s aspirations bring hope.

Established in Cyprus in 2019, with a base in Portugal and the UK, the Wellness Over Waves (WOW) Foundation uses its own vessel, the sea, traditional sailing and maritime educational experiences as a medium to integrate people and underprivileged youths into a society from which they feel excluded.

There’s a real challenge to establishing her foundation in Cyprus due to Cypriots’ wary relationship with the sea, even though the island is surrounded by water. 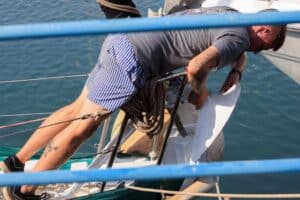 “It’s very hard to have the Cypriot community understand the necessity of the sea because they seem to still be afraid of it,” says Fiona. “It’s a mind-set. I think it’s partially about fear and just purely financial benefit… agriculture was more viable than fishing… and so fishermen would have been regarded as brave men going out to sea.”

Yet in recent years, Fiona has managed to create a family at the foundation, with people volunteering as well as actually taking part in the foundation’s programmes.

The vessel that takes to the sea is steeped in history. It is a World War II veteran vessel that played a key role in Dunkirk. The SY Windsong, is an auxiliary Ketch rigged vessel built in the yard of David Hillyard of Littlehampton in Sussex in 1931. Entrusted to the foundation by Colonel Michael Duddridge OBE, the foundation is currently refitting the vessel in Larnaca. “She rescued over 500 people from the beaches of Dunkirk; she went eight times to retrieve French and British soldiers and bought them back to safety,” says Fiona. “I always say to the kids: she brought your heroes home, now she needs a hero of her own.”

WOW embraces people from all walks of life, backgrounds, institutions and situations.

“When we say underprivileged, we have to be careful because we don’t want them to feel stigmatised or targeted in a sense that they’re weaker or less than somebody else. What we emphasise is that different is not wrong,” says Fiona. “It all comes down to thinking patterns and how young individuals are treated due to these; how their coping mechanisms struggle because they have a different way of thinking… and more often than not, this different way of thinking stems from some kind of traumatic experience, either early on in life or during their life as young adults.”

To this end, the foundation works with people who are dealing with varying difficulties including orphans, drug addicts, autistic people, people with anger management issues and victims of violence to name a few. “And so what we do is we take them with us out to sea and we basically compress the world for them. We can’t change the world to suit them, but we can change the way they think and handle themselves to survive; give them the tools to survive in the world that already is.”

When they are in the system they don’t get that necessary one-on-one advice or guidance; they may not get the opportunity to express their feelings about certain situations. 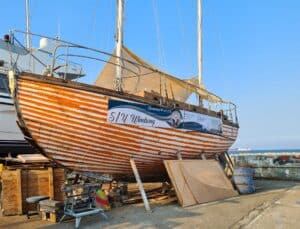 “But when you’re in a vessel, you’re essentially in a smaller version of the world, a tighter knit, a more systematic regimented system, so what happens is that each and every part of their living day is completely magnified to the point where what would have been done for them, let’s say by an institute, they now have to manage themselves.”

This is one aspect of being part of a crew. The other has to do with the sea itself.

“When they’re on the boat, there’s nothing except the sea and sky. Often, people are so traumatised they don’t have space in their brain to think about anything else and it completely compresses their whole thought pattern… being on a vessel optically opens up the brain and allows other thinking patterns to be infiltrated,” she says.

“The actual physical and optical space of a vessel automatically allows them not think about what they’ve been thinking about all this time and as that happens on a minute by minute, hour by hour, day by day basis, slowly, slowly, new thinking patterns are created.”

Working with a base crew and back office of approximately six people, the foundation’s programme is long sighted. As Fiona explains, she’s had people with her for over 15 years. 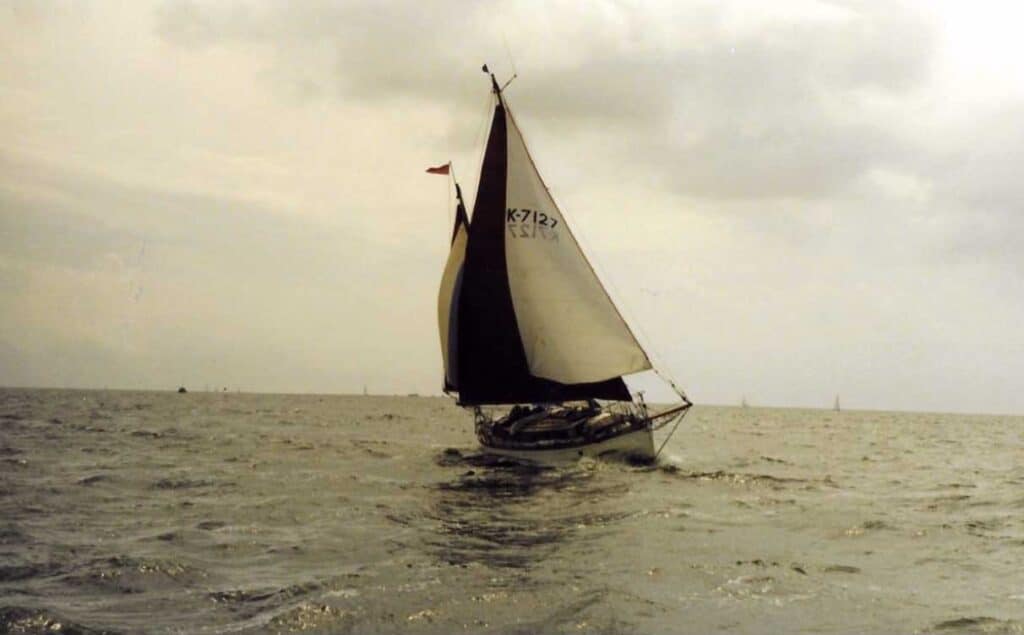 “We never ever cut anybody loose. Because this is what happens to these kids, they get cut loose, they get made to feel that they can’t come back or they don’t have somebody to go back to and most of these guys are people who have been brought up in a system where at 18, when the government can longer take care of them legally, they’re just cut loose.”

She points to a 57-year-old man who suffered trauma when their dad died when they were four and autistic kids to whom they give communication skills and social skills.

“There’s never anyone person the same as the other, so we accumulate the severity of their needs to the time spent at sea.”

The minimum stay on the boat is three weeks. It takes anybody at least a week to get into the groove of things, at least a week to get to know other people around them, and then you’ve got all the rules, regulations and safety and teaching all the manoeuvres of the boat. And more importantly perhaps, they get a chance to make a few decisions themselves. 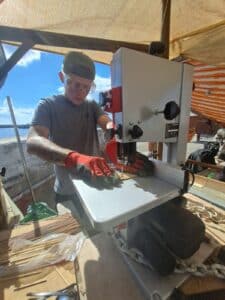 Currently the foundation has one vessel out of the water (SY Windsong) and another which is being used for smaller trips such as evenings or weekends out, with another couple of vessels which they deploy from volunteers that have boats around this island.

Whether volunteering to assist in refitting the vessels, going out on long or short stays at sea, or merely being part of the WOW family, it feels like there’s a lot to gain.

“In Cyprus, there are 365 days of the year for sailing opportunities for every child that needs it, Cyprus is the perfect base for this. We had a great storm last week and these are great learning curves for kids and young people but also great training fields for those in need of that extreme, the more trauma they have had the more extreme sailing they need to completely obliterate their fears.”