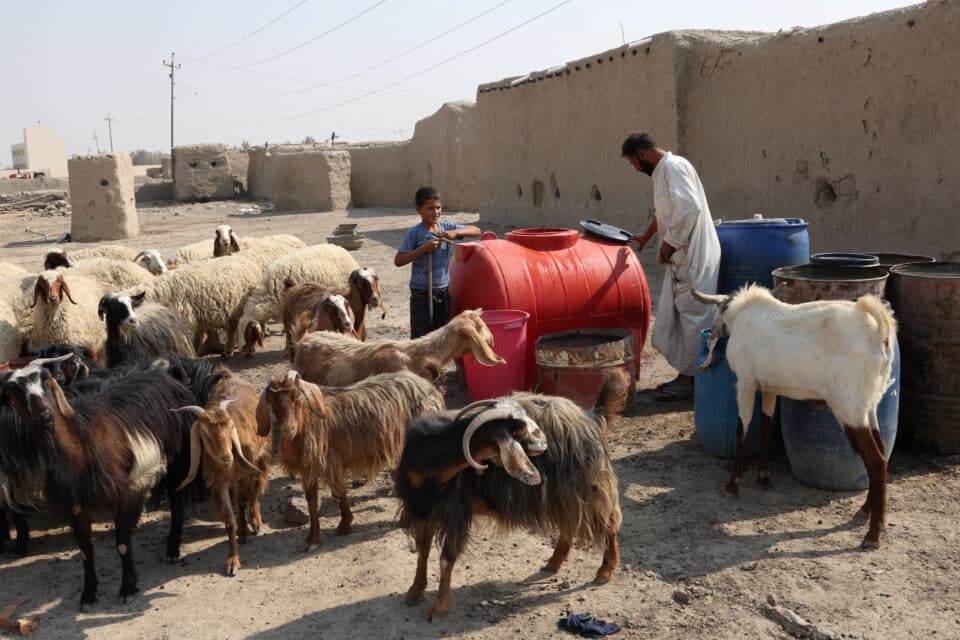 Ruqiyo Mohammed, 25, a mother of four in drought-stricken Somalia, has seen her two-year-old son hospitalised for a month with severe malnutrition, and has lost her farm and income – as well as her hope – to a seemingly endless lack of rain.

She and other parents caught up in the hunger crisis now hitting 21 million people in the Horn of Africa should not have to live in fear of their children starving, a UN humanitarian official said at the COP27 climate talks in Egypt on Monday.

The slow-grinding disaster is being driven by the longest, most severe drought in recent history – one expected to continue well into 2023 as rainy seasons keep failing.

“The people and communities who have been hardest-hit by the drought are the human face of the global climate crisis,” Heli Uusikyla, deputy director for operations and advocacy at the UN Office for the Coordination of Humanitarian Affairs, told an event on the sidelines of the climate negotiations.

“They deserve not our sympathy but our solidarity, as they endure a crisis not of their making,” she added.

At COP27, the topic of “loss and damage” fuelled by global warming is top of the political agenda, as hard-hit countries demand new funding to help them recover from worsening blows.

“Loss and damage” refers to the physical and mental harm that happens to people and places when they are not prepared for climate-driven shocks, or are unable to adapt the way they live to protect themselves from longer-term shifts.

Gernot Laganda, director of climate and disaster risk reduction for the UN World Food Programme, said the emergency unfolding in the Horn of Africa was a clear example of this, because communities lacked the time and resources to bounce back before the next climate shock hit.

Samantha Power, head of the United States Agency for International Development, also said at COP27 that climate change is causing “more humanitarian disasters around the world each day, at a rate that governments and humanitarians cannot keep up with”.

Climate disasters caused $30 billion in damage in developing countries last year, while humanitarian aid globally adds up to little more than $30 billion a year – and much of that goes on relief for people caught up in conflict, she added.

“Unless we help countries adapt to a changing climate, help their infrastructure stand up to storms and heatwaves, help their crops to grow amid droughts and floods, help their people survive climate disasters, there may be no more foreign aid – only climate aid,” Power warned.

At the COP27 climate talks in Sharm el-Sheikh, flood-battered Pakistan – chair of the G77 group of developing countries – has been among the countries leading the charge to set up a new finance facility for loss and damage.

The aim of such a fund would be to help nations and communities get back on their feet quickly after disasters, as well as deal with slower-moving changes on a warming planet, such as loss of land to rising seas or encroaching deserts that could force people to leave their homes.

The thorny issue for wealthy governments – whose high historic emissions have largely fuelled global warming – is that many reject being held responsible and having to pay huge sums for climate damages.

On Saturday, US Special Climate Envoy John Kerry said the United States would not support establishing a loss and damage fund, and instead believed existing platforms should be used to help climate-hit vulnerable countries.

“It’s a well-known fact that the United States and many other countries will not establish… some sort of legal structure that is tied to compensation or liability. That’s just not happening,” he insisted.

But, he added, he was confident a way would be found to put in place “financial arrangements that reflect the reality of how we are all going to deal with the climate crisis”.

On Monday, for example, Germany and other G7 countries, alongside the V20 group of vulnerable countries, unveiled plans to launch a “Global Shield” against climate risks.

The widely differing views on how to handle surging losses are a major challenge facing negotiators and their ministers arriving in Egypt this week, with heated debate expected over how such financial arrangements – if not a fund – will be put in place.

An item on addressing the issue was added to the agenda for COP27 – something vulnerable nations had pushed for hard – though with the caveat that the outcome of the process, to conclude no later than 2024, would “not involve liability or compensation”.

Jennifer Morgan, state secretary and special envoy for international climate action in Germany’s foreign ministry, said in an interview that loss and damage finance talks in Egypt had been constructive so far but there was a lot more to be done.

“There has been a fundamental shift in the seriousness and the acceptance with which the issue is now being discussed here by all parties. It’s a discussion about the how, not the whether,” she said.

“It’s quite clear that there needs to be a very meaningful outcome here where the most vulnerable feel that they are not alone with these (climate) impacts,” she said.

At the weekend, as COP27 delegates took stock of the first week of talks, developing countries – from Asia to Africa and small island states – expressed frustration at the slow pace of progress.

They insisted they would not settle for an outcome that simply offers yet more discussions on the issue of loss and damage.

“We’ve heard endless speeches from developed nations saying they care, but all they want to do is kick the can down the road when it comes to establishing a financing facility,” said Teresa Anderson, global lead for climate justice at charity ActionAid International.

“It’s frustrating because as rich countries keep delaying, millions are losing their lives and livelihoods to climate change,” she added.

So far, a trickle of loss and damage funding from a few governments – including Austria, Denmark, Scotland, Ireland, Belgium and Germany – adds up to little more than $265 million.

36 people have died so far this year in traffic accidents

Is there a ‘right’ way to sleep?