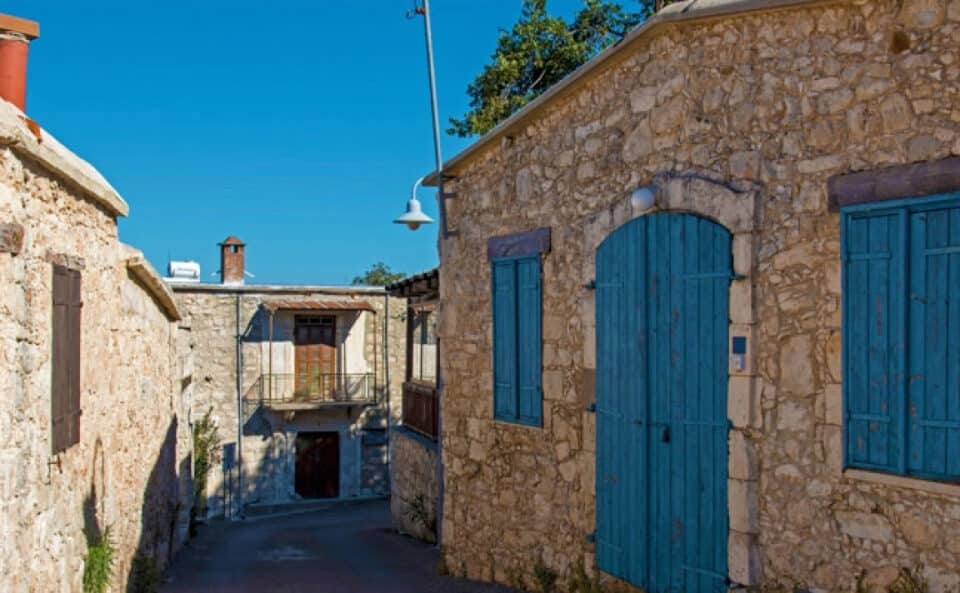 Known as an outdoor museum, the village of Droushia has it all, from stunning views to a cheese museum, finds PAUL LAMBIS

While Cyprus summers are dominated by the beach and all that entails, the island’s winter scene has a personality of its own, with most of the action taking place in many quaint mountain villages.

The picturesque village of Droushia fulfils all the requirements for the ideal winter retreat, especially for those seeking to enjoy the slower pace of life that defined earlier times. Beyond its setting and rural charm, this village has a lot to offer visitors looking for something different, including quirky museums, ancient churches, nature trails, traditional Cypriot food, and a cheese factory that prides itself on maintaining traditions. The village is also home to a one-of-a-kind hotel that offers eco-chic living and wellness facilities.

Located in the Paphos region close to Polis Chrysochous, Droushia sits at the highest point of the Laona plateau, offering sweeping views of Chrysochous Bay and the Akamas peninsula, particularly in the winter when humidity levels are low.

“The village of Droushia is unique, where one can experience the hearty hospitality of its people first-hand,” executive manager of Paphos Regional Board of Tourism Nasos Hadjigeorgiou said. “In addition to the village, which serves as an independent open-air museum, the Droushia museum is a hub of life and culture that showcases rural Cyprus.”

The museum is as quirky on the outside as it is within, and is home to a wide variety of artefacts, including antique tools, traditional furniture and bread-making equipment, as well as live weaving demonstrations and displays of the craft of elaborately decorated, hand-painted calabashes.

According to Hadjigeorgiou, the live presentations at the museum, which are performed by locals engaged with traditional arts and crafts, will transport visitors back in time when Cypriot clothing and various other items were handwoven from cotton and silk using a loom. “A licensed tour guide provides information and explanations in Greek and English,” he added.

In addition to its traditional coffee shops and taverns, Droushia’s cheese factory also hosts live cheesemaking demonstrations where visitors can sample and purchase freshly made yoghurt, halloumi and anari cheese made according to heirloom recipes that have been handed down through the generations.

The village’s reputation as an outdoor museum is a result of its old architecture and ancient churches. Between the 9th and 10th centuries the revered old monastery of Saint George Nikoxilitis was founded, and it is regarded as one of the richest monasteries on the island. Around 1821, Turks slaughtered the monks who were residing there, looted the church, and set it on fire. The monastery was brought back to its former splendour by the villagers in 1834, only to see another fire in 1923. “Even though the church sustained additional damage after a significant earthquake struck the village of Droushia in the early 1950s, it is still an amazing place to visit,” Hadjigeorgiou said.

Visitors can also explore the area on foot via the nature paths. “The Troodos mountains are visible in all directions, and there are stunning views to take in,” he added. “Whether one walks or drives outside the village, one will come across beautiful rock formations among the local flora and fauna.”

Droushia’s enviable location puts it adjacent to a few award-winning wineries and wind-swept vineyards that bear witness to the island’s rich heritage of viticulture, which stretches back nearly 5,000 years. Less than ten minutes’ drive from Droushia is the neighbouring community of Kathikas, Vasilikon Winery and Sterna Winery and Wine Museum draw visitors to become a part of Paphos’ winemaking aristocracy.

And when it comes to accommodation, Droushia has everything from conventional lodging to a unique hotel that is perched on the commanding edge of the village. The Droushia Heights Hotel, which has a view of the sea and the surrounding mountains in northwest Cyprus, is the ideal ‘away-from-it-all’ getaway for all tourists. “Droushia Heights is a year-round refuge that offers eco-chic leisure, gastronomy and wellness. It is a wonderfully balanced hotel that has helped the village gain appeal over the years.”

To experience Cyprus properly, it is necessary to venture outside of the major cities and head towards the charming, tranquil, and traditional villages where “a hub of life and culture” awaits.