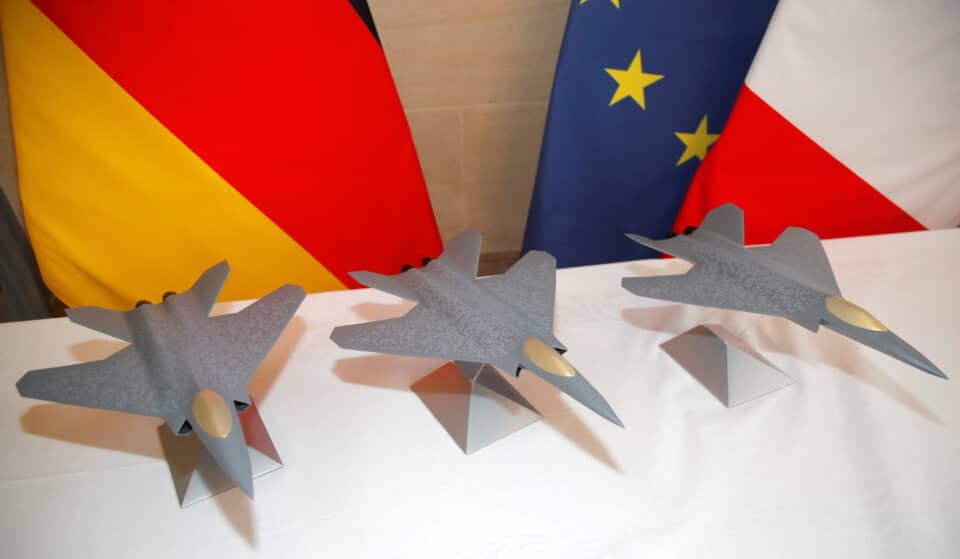 France, Germany and Spain have reached agreement on starting the next phase of development of a new fighter jet dubbed FCAS, Europe’s largest defence project at an estimated cost of more than 100 billion euros ($103.4 billion), Berlin said on Friday.

Germany’s Defence Ministry said in a statement that an industrial agreement was achieved after intense negotiations, confirming an earlier Reuters story saying the three countries and their respective industries had struck a deal.

The ministry said it was agreed at the highest government level that a cooperative approach on an equal footing would be pursued in the project, which is under overall French responsibility.

“The political agreement on FCAS is a great step and – especially in these times – an important sign of the excellent Franco-German-Spanish cooperation,” German Defence Minister Christine Lambrecht said.

“It strengthens Europe’s military capabilities and secures important know-how not only for our, but also for the European industry.”

Previously, sources had said that the next development phase for the Future Combat Air System (FCAS) was expected to cost about 3.5 billion euros, to be shared equally by the three countries.

France’s Dassault AM.PA, Airbus AIR.PA and Indra IDR.MC – the latter two representing Germany and Spain, respectively – are involved in the scheme to start replacing French Rafale and German and Spanish Eurofighters from 2040.

“Now, a number of formal steps in the respective countries have to be taken in order to allow a speedy contract signature which we will have to adhere to,” Airbus said in e-mailed comments.

French President Emmanuel Macron and then German Chancellor Angela Merkel first announced plans in July 2017 for FCAS, which will include a fighter jet and a range of associated weapons, including drones.

Lately, the project – originally meant to unify Europeans after the migration crisis and Britain’s decision to leave the European Union – has been a source of tension between the two countries.

Last month, Macron cancelled a joint Franco-German ministerial meeting over disagreements with Berlin on a wide range of issues including defence and energy projects.

Both sides had been struggling for more than a year to agree the next stage of FCAS’s development, although the French and German government broadly agreed on the project.

Some sources saw the blame lying with Dassault, as the company had refused to budge in a long-running row over intellectual property rights.

Other sources blamed Airbus for pushing for a bigger workshare of the Dassault-led project, insisting it should be given “equal footing” with the French company.