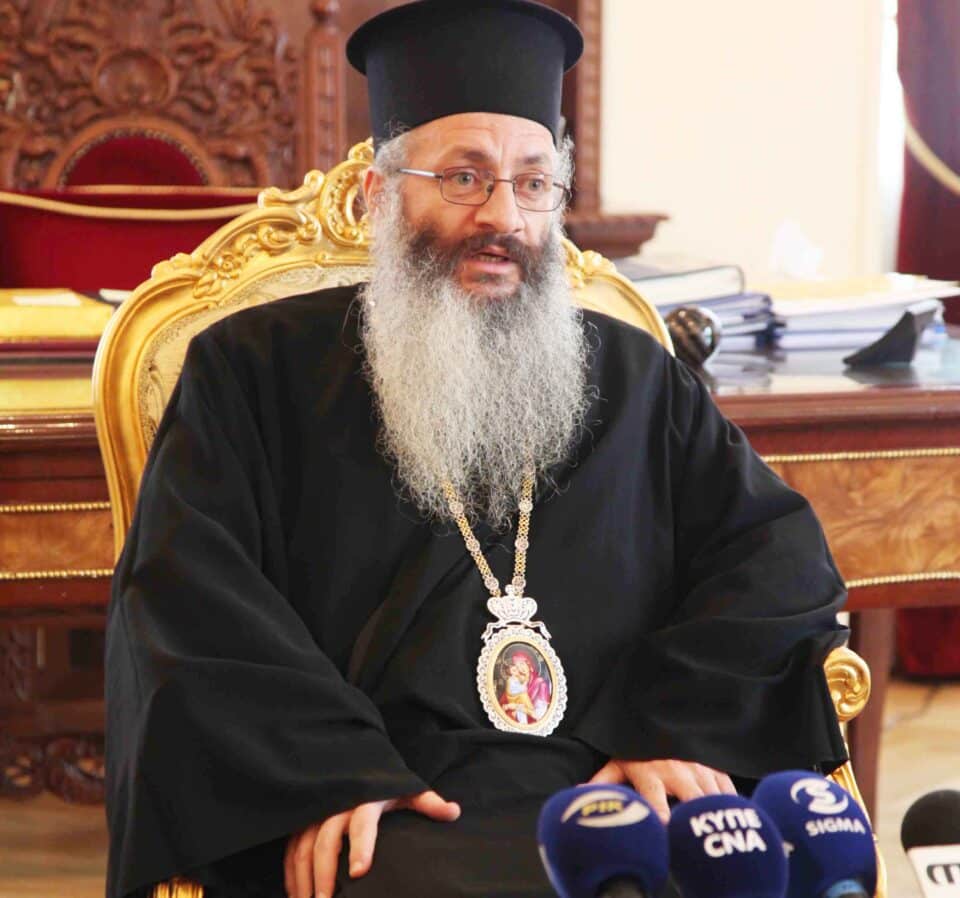 Bishop of Karpasia Christoforos on Friday responded to claims he was inciting other bishops to withdraw from the race for a new archbishop so that he can win.

Elections for the top three bishops, the triumvirate, will be held in churches on December 18, while by Christmas eve the Holy Synod will have decided on who will take up the mantle.

Earlier in the week claims had been made by Paphos Bishop Georgios and Constantia and Famagusta Bishop Vasilios that Christoforos requested they withdraw from the race and cast their vote in Christoforos’ favour.

There are seven candidates that parishioners will be able to choose from. They are the bishops of Limassol Athanasios, Paphos Georgios, Tamasos Isaias, Constantia and Famagusta Vasilios, Karpasia Christoforos, Kyrenia Chrysostomos, and Morphou Neofytos.

On Friday, Tamasos’ Isaias announced that he will be visiting various churches in Kapedes and Melini to conduct various memorial services.

In another development, politicians, economists, and other community areas have all said they are in favour of Limassol Bishop Athanasios becoming the next archbishop.

A group of 231 individuals said: “The actions of the Metropolitan of Limassol Athanasios in the second largest ecclesiastical region of Cyprus, make him the right choice to take the helm of the Church of Cyprus as a good shepherd.”

The group has even launched a website promoting Athanasios’ candidacy.

Meanwhile, on Thursday responding to claims made by Vasilios to withdraw from the race and make way for him, Christoforos said: “It is inconceivable that I would have approached anyone to tell them to stand down and support me. It didn’t happen, it won’t happen and it’s not within my church ethos and character. But let’s not hide behind our finger and call a spade a spade. All the high priests among us, after witnessing the passing of our archbishop, had exchanged various opinions and I had also exchanged opinions with the archbishop himself.”

Earlier in the week, interview by Alpha TV Christoforos laid out his opinions on key issues including sex education and homosexuality.

Regarding sex education in schools, Christoforos said: “Regarding the topic of sex education, he said that it is something very important to enter schools, because if this lesson highlights the significance of the reproductive system to the human body and gives children the right approach to it, it is very nice, and if the state wants to talk about sexual health issues, that is the state’s responsibility.”

On homosexuality, he said that they (the church) cannot tell people how to live their lives or have a say on their lifestyle choice.

“So, if for some this is a way of life that expresses them, I cannot deny it to them,” he said.

Elections on December 18 will be the first public vote held after a 2010 amendment, which states that anyone who is Christian Orthodox and has been a citizen of Cyprus for at least a year has the right to vote for a new archbishop.

Paphos’ Georgios, who is the caretaker of the church, clarified that non-Cypriots who are not registered parishioners and wish to vote must register, submitting proof of their residency status and that they have been baptised Christian Orthodox.

It was also agreed that instead of the blank piece of paper normally used in such an election, ballots will be printed with the names and photographs of candidates.

A minute with Michelle Piperi Artist and mathematician