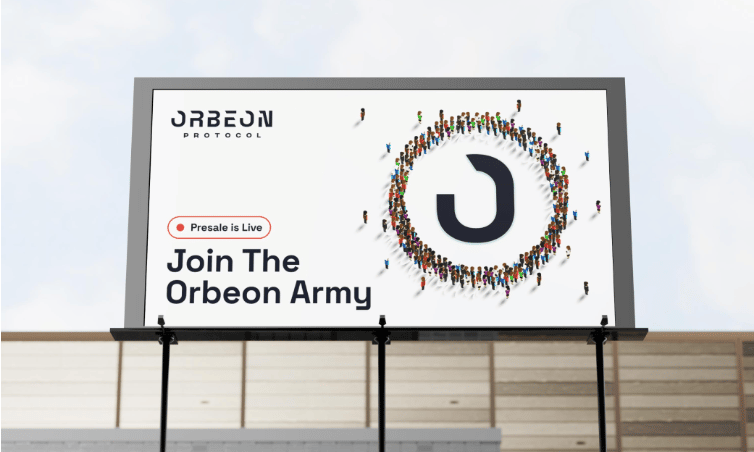 Orbeon Protocol (ORBN) rallied 125% in the first phase of presale

ORBN (Orbeon Protocol) makes it possible for potential real-world businesses to raise financing from the crypto community. By creating fractionalized non-fungible tokens, Orbeon Protocol (ORBN) will allow anybody to invest in the most promising startups. Startups and developing businesses can utilize the Orbeon Protocol launchpad to raise capital faster and more efficiently than ever before.

Each investment opportunity is transformed into fractional, equity-based NFTs that anyone can buy for as little as $1. This allows everybody to gain access to the venture capital market for small sums of money, disrupting traditional crowdfunding and venture capital businesses.

ORBN, the platform’s utility token, has gained great appeal among investors due to its innovative real-world use cases that bridge the gap between crypto and real-world finance.

Holders of the ORBN token have access to the platform’s private investor groups. They can also stake their tokens to receive discounts and participate in the governance of the Orbeon Protocol ecosystem’s future.

ORBN is a cryptocurrency that can compete with the main cryptocurrencies. Analysts anticipate a 6000% increase in the Orbeon Protocol (ORBN) token price during the presale. ORBN tokens’ price has risen by 125% from $0,0004 to $0,0009.

Since its start in 2015, Ethereum has ruled the market along with Bitcoin. Even though Ethereum has experienced market crashes, it has stayed at the top of the crypto market and has a market capitalization of $147 billion at the time of writing.

Ethereum did the most-anticipated thing in the history of cryptocurrencies: it switched to a Proof-of-Stake (PoS) consensus, which made the platform work better and cut its carbon footprint by 99.95%.

After the Alameda crash happened last week, the price of Ethereum dropped by more than 20%. At the moment, the price of ETH is $1207, which is above the 1200 level. ETH is four times lower than its all-time high because it failed to get investors interested and win their trust again after the Alamedas crash.

Most people in the crypto community were happy to hear about the merge. Ethereum was known for having slow speeds, high fees, and a big carbon footprint, so most people were glad to hear about it. Ethereum finished the merge on September 15.

Bitcoin (BTC) took a heavy hit from the FTXs collapse

Following the demise of FTX, bitcoin plunged by more than 20% last week, reaching price lows not seen in two years. Bitcoin is the most popular and the highest-ranked cryptocurrency market capitalization-wise.

As the first cryptocurrency, it paved the way for crypto in general and financially promoted a new way of life. There were no digital currencies before Bitcoin.

Despite being the most valuable currency, it has proven difficult for the regular person to earn from coins such as Bitcoin. This is owing to the growth in value that Bitcoin has experienced since its inception.

Six bishops put themselves forward to be next archbishop (updated)

UK government borrows less than expected in October, but worse to come