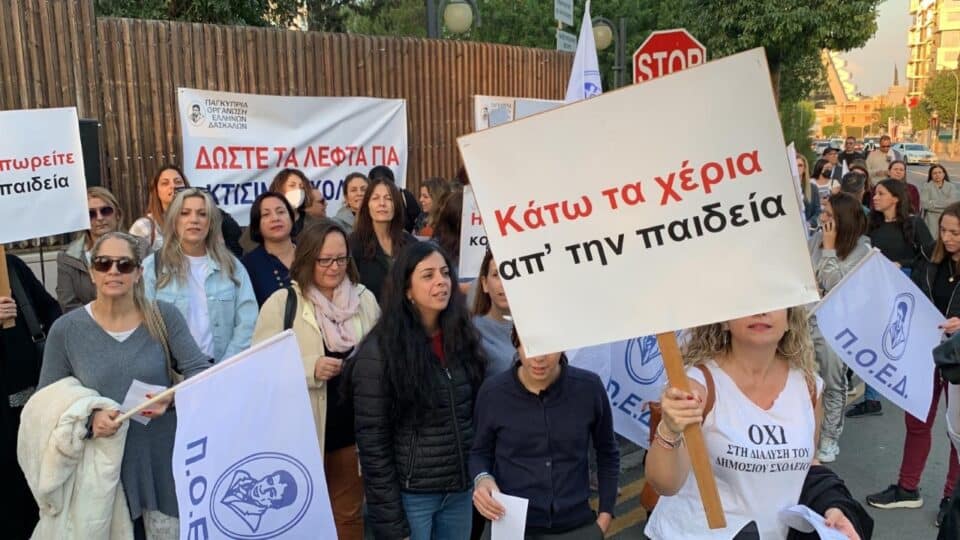 The House education committee said on Wednesday they believe to have found the compromise for compulsory pre-primary education, even as teachers union Poed held a strike outside the presidential palace over the matter.

During the House committee session held behind closed doors, Diko and Edek MPs proposed an amendment to the bill that would make pre-primary education compulsory, which they hoped would be a compromise.

The amendment would make compulsory pre-primary education start at the age of four.

Speaking after the session, at which Education Minister Prodromos Prodromou was invited to attend, Diko MP and deputy committee head Chrysanthos Savvides said that education is “no place for controversy”.

He added that education is an area of consensus and the committee had unanimously accepted the two amendments, of Diko and Edek, which on the one hand ensure that they secure the money from the EU’s Recovery and Resilience Fund, but also on the other hand protect the public school system.

“So, everyone is satisfied. We’re pushing for a strong public school, we’re pushing to raise the money, and on the other hand we’re helping families so that their children can have access to a public education for free,” he added.

Disy MP, Giorgos Karoullas, in his statements said that hopefully the committee reached a compromise solution for the implementation of the reform, which concerns the extension of pre-primary education to the age of four.

“The contacts we had developed as Disy together with the other parties participating in the committee, based on amendments submitted by colleagues from other parties, led to the clear definition of the operating framework of this reform. Poed also agrees with the arrangements that we have incorporated into the text of the bill for the regulation. Therefore, today’s teachers’ protest outside the presidential palace becomes unnecessary. We have satisfied their concerns,” he added.

With this reform, Karoullas said, which will be sent to the plenum next Friday, December 2, 1,800 households will benefit, with €12.2 million, which is part of the Recovery and Resilience Fund and which helps children while simultaneously support working parents.

Meanwhile, Poed pushed on with their demonstration, where dozens gathered to protest the pre-primary education bill the parliament discussed.

Protesters held signs that said, “Teachers on their knees, mean uneducated people,” and “Give the money for free education.”

Reform top of the agenda at the House in past year