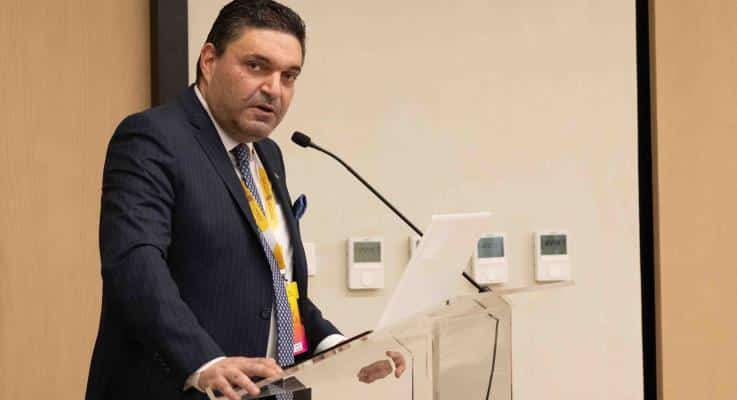 Finance Minister Constantinos Petrides on Wednesday described the recent decision by the House of Parliament to suspend the foreclosure bill as “shooting ourselves in the foot”, noting that the only people who stand to benefit are strategic defaulters.

Commenting on the letter he sent to the Attorney General in which he referred to the suspension of foreclosures, Petrides said that on Tuesday, state-owned asset management company Kedipes revealed how much money the taxpayer will lose with the adoption of this bill.

The Finance Minister said that “it is a bill without reason, where the only people it will serve are strategic defaulters or those who have property and income, but refuse to fulfil their obligations”, noting that no primary residences owned by vulnerable people have been foreclosed.

“It’s really ridiculous and no one in the EU can understand how the vast majority of farms or commercial properties, regardless of income, regardless of value, regardless of ability to repay, are eligible to be covered by this legislation,” Petrides added.

These things, he explained, “cannot be understood by the EU, since there is no logic to the bill”.

Moreover, Petrides said that “they believe that the people this rewards are the ones who willfully refuse to pay their obligations – if they don’t pay them, someone else will.”

He went on to say that in 2013, depositors and taxpayers paid the price for these people, noting that “these things are dangerous”.

Furthermore, the Finance Minister stated that “it is different to enforce a suspension for some specific purposes, as was done during the pandemic, based on the recommendations of the EU itself, for 3-4 months, and it is different to do so during a time where growth of 6.6 per cent has been recorded”.

“During a period where we see that deposits have increased considerably, in relation to 2019, a period where there is an ability to repay the debt, to prolong this situation for the 15th consecutive month, endangering its legalisation,” Petrides added.

“And that is why we have made the protestation against the suspension of the bill, seeking to appeal to reason. These issues are very important. We have made great progress in the economy, but there is a crisis, and we are trying to face the challenges. Let’s not shoot ourselves in the foot for the sake of populism in a pre-election period, let’s not shoot ourselves,” he concluded.