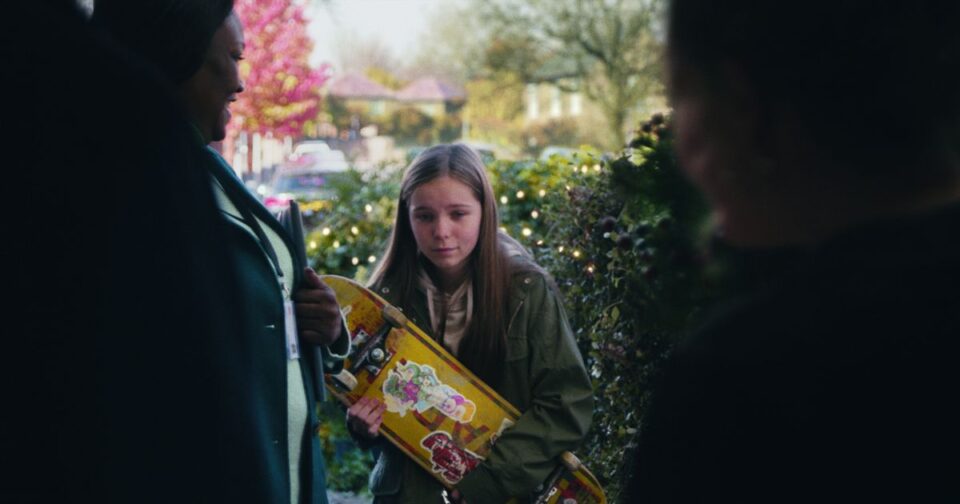 The 2022 John Lewis Christmas advert is much like a Christmas present from a relative who doesn’t know you well. Well-meaning, beautifully wrapped, but you kind of wish they had included a gift receipt.

This year’s advert certainly has good intentions, but as a film academic, I think its depiction of care falls short.

Created in association with children’s charities Action For Children and Who Cares Scotland, its message is about cared-for children and the labour and love of fostering and adoptive parents. It shows a soon-to-be dad learning to skateboard to bond with the young girl, Ellie, who is joining him and his wife in their home.

Whether Ellie is being fostered or adopted is not made clear. And not knowing is a problem, as it creates confusion as to what is actually going on in the advert. One of several missteps is leaving the transactional aspects of the adoptive relationship too close to the surface. Given the advert’s association with a retailer, this is problematic.

Lurking under the couple’s cosy roast dinner preparations and John Lewis decor, there is the knowledge that plenty of cared-for children may feel that they too come with a gift receipt.

Perhaps deemed “challenging” by years of previous neglect and trauma, many such children will never find what countless online adoption videos suggest will be the child’s “forever home”. A nauseating term – whose home, after all, is “forever”?

The John Lewis advert is beautifully made, with an aesthetic reminiscent of Richard Curtis’ film Love Actually. This Curtis aesthetic is clinched when the advert ends with the opening of the front door – I can’t have been the only viewer half-expecting to see Andrew Lincoln gurning over the top of his placards.

The excesses of the Christmas season, the strain on family dynamics, and the stark contrast between the haves and have-nots can create a volatile emotional environment. The soothing sit-com feel of the John Lewis advert might seem a perfect antidote to this annual emotional indigestion.

However, the advert is dependent on tired sit-com cliches. There’s the man-child husband, infantilised and laughed at for his ridiculous antics, and his wife who, in a typically supporting role, does most of the “work” – we see her on the phone, multi-tasking and wrapping the presents.

As a skill, skateboarding is “cool” but, like John Lewis itself, not too cool. Like the carefully-prepared vegetables we see on display, skateboarding is also healthy – it involves physical exercise and takes place outside. Would we feel the same if our hero had spent his time mastering Fortnite or Call of Duty?

And if Ellie’s gender was meant to be a surprise (a girl …skateboarding … how “rad”!), that is surprising in itself given the success of Sky Brown in the 2020 Olympics – Great Britain’s youngest ever medallist at just 12 years of age.

I find this advert dismaying, and not just because it is lazy and timid. I am furious that it adds to the way our commitment to care for the most vulnerable in our society is dissolved through palatable pops of promotional compassion.

While Charles Dickens may have been the origin for associating Christmas with charity, at least his stories were explicit about the grinding nature of poverty and the vulnerability of children.

The John Lewis advert carefully avoids this reality, instead creating a fiction where the needs of the cared-for child are obscured by the needy behaviour of the father (yes, it really is all about him). Worse still, it only helps to distract us from the British government’s merciless underfunding of the health and care system in the UK.

As the advert’s accompanying Blink 182 cover song suggests, it may be All The Small Things that matter in gestures of care – but the business of care is more challenging and important than this empty little tribute can express.

Karen Lury is Professor of Film and Television Studies, University of Glasgow. This article is republished from The Conversation under a Creative Commons licence