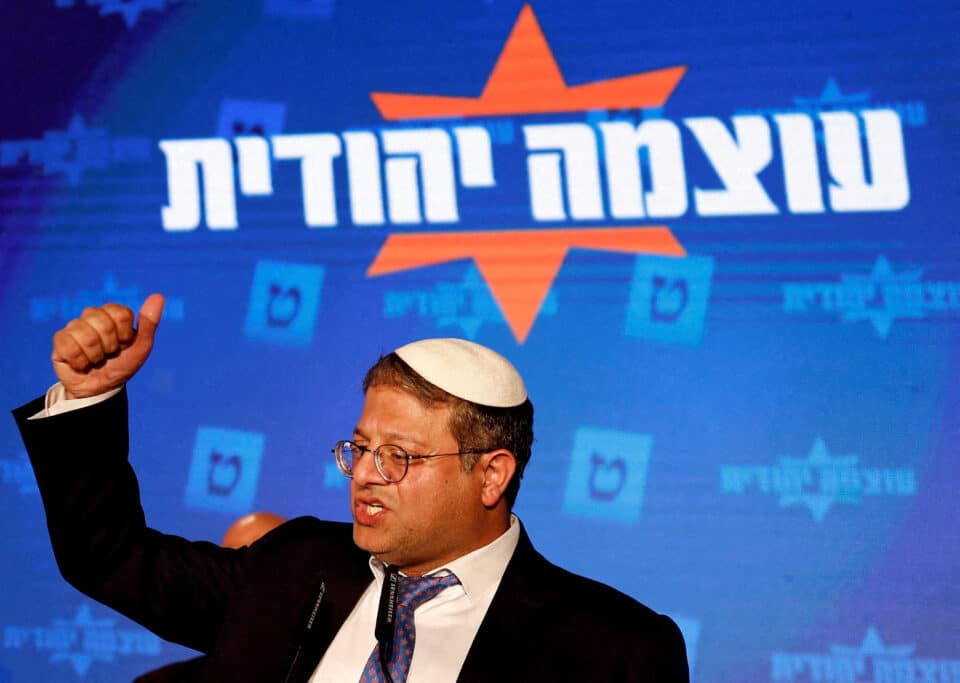 A far-rightist on track to take a key post in Israel’s incoming government has warned supporters not to try to move too quickly with his agenda, cautioning in a recording leaked on Sunday that some planned legislation could backfire against them.

The ascent of Ben-Gvir, a West Bank settler whose record includes 2007 convictions for incitement against Arabs and support for a Jewish militant group on the Israeli and U.S. terrorist watchlists, has stirred concern at home and abroad.

But Ben-Gvir, now a lawyer, says his positions have become more moderate. They include expulsion for those he deems terrorists or traitors – rather than all Arabs – and looser open-fire regulations for troops facing Palestinian unrest.

His new posture has met Palestinian scepticism and scorn.

“Ben-Gvir wants to move from being a rowdy, law-breaking, racist and terrorist to a man who possesses official responsibilities so he can turn this racism and hatred into official government policy, through the positions he would assume,” said Palestinian Foreign Minister Riyad al-Maliki.

Ben-Gvir’s likely appointment has resonated within the Israeli military. A soldier was suspended on Friday after being videotaped warning pro-Palestinian activists in the flashpoint West Bank city of Hebron: “Ben-Gvir will sort this place out.”

Israeli Army Radio aired a recording from an internal Jewish Power meeting in which one lawmaker discusses a proposed bill for deporting those who voice solidarity with militants.

Ben-Gvir responds: “Let’s say that tomorrow morning … a family member comes along and praises the action of Doctor Goldstein, then they should be thrown of out the country?”

That referred to Baruch Goldstein, a settler who identified with the ultranationalist Jewish group Kach and massacred Palestinians in a Hebron mosque in 1994. The attack prompted Israel to outlaw Kach, to which Ben-Gvir also once belonged.

“Every bill you propose has very, very broad consequences and impacts,” Ben-Gvir says in the recording. “If you know what the impacts are and you know what needs to be done – I’m with you. But first, everything much be understood.”

In other interviews, he has also refused to be drawn on past calls to end a police ban on Jewish prayer at Jerusalem’s Al Aqsa mosque compound, the third holiest site in Islam which Jews revere as the vestige of their two ancient temples. Palestinians and Jordan regard Jewish prayer there as a major provocation.

Pressed by Israeli broadcaster Kan radio on Sunday, he said only that he would “do everything possible to prevent bigoted policies on the Temple Mount”, using Israel’s name for the site.