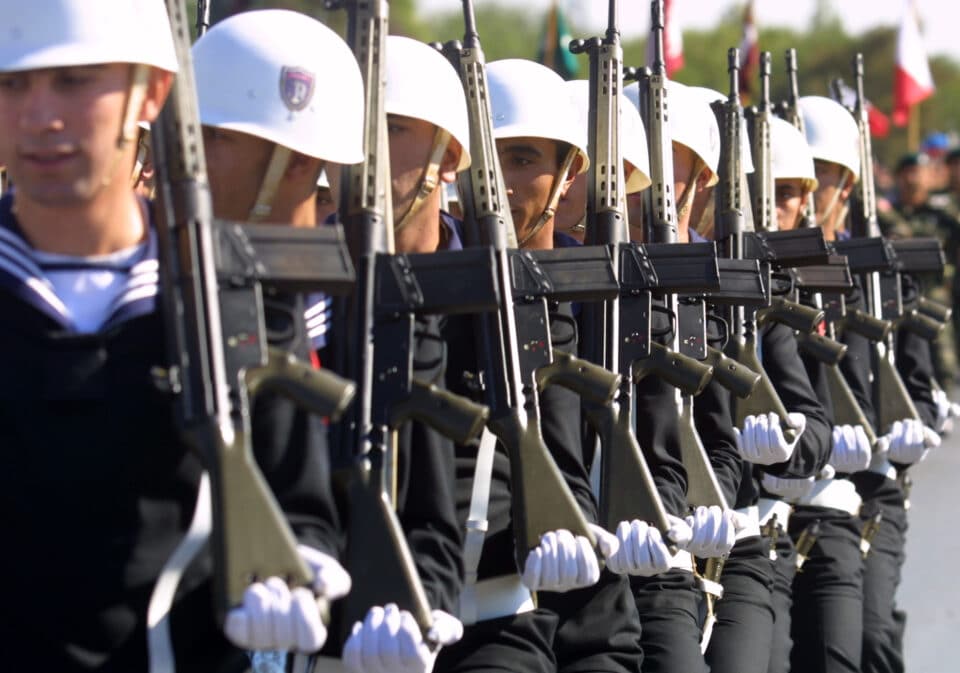 A recent nationwide telephone poll by CMRC, on a sample of 1,247 respondents, showed that 53 per cent of Greek Cypriots wish to coexist with Turkish Cypriots, 42 per cent prefer to live separately and 5 per cent had no opinion.

In my opinion, the sharp increase in those who are in favour of partition must be attributed to the daily and constant bombardment of Cypriot by the government and all the opposition parties with the message that Turkey is an unreliable and extremely irrational neighbour, with whom it is impossible to get along. I suspect that all Greek Cypriot parties are resorting to this position to justify their dismal failure to achieve reunification.

However, the fact remains that the majority of Greek Cypriots continue to be in favour of the reunification of Cyprus and the coexistence of the two communities. With this in mind, a bicommunal twelve-member think tank have formulated a comprehensive and detailed solution to the Cyprus problem that could be accepted by all the parties involved in the process. The key elements of the proposed solution are set out below:

Transformation of the Republic of Cyprus into the Federal Republic of Cyprus, thus securing the continuity of all the international commitments and obligations already assumed and the undertakings given by the RoC, save those referred to in the following paragraph.

As at the date of the effective transformation, simultaneous assumption by the future South Cyprus Federated State of all the debts owed and all the unexpired guarantees given on behalf of the RoC and by the future North Cyprus Federated State of the corresponding debts owed and all the guarantees given by the Turkish Cypriot administration, save those which will be forgiven by Turkey.

On the date of the effective transformation, withdrawal of all the Greek and Turkish military forces (save the 950-strong Greek contingent and the 650-strong Turkish contingent participating in the European Rapid Deployment Force that will be permanently stationed in Cyprus).

Adequate security offered to Greek Cypriots and Turkish Cypriots through the presence of a European Union military and police force, in which Cypriots will participate.

Replacement of the Treaty of Guarantee with a new Treaty of Friendship and Good Implementation of the Agreed Solution.

Compensation of the refugees who will not be able/will not choose to return to their homes, on the basis of a “Dual-Track” Valuation Approach: either a quick mechanistic approach or a personalised professional valuation approach, at the option of the dispossessed owner/user.

Introduction of Greek, Turkish and English in the civil service throughout Cyprus.

Compulsory use of place-names and road signs in Greek and Turkish throughout Cyprus.

Respect of cultural heritage of both communities throughout Cyprus.

Equitable settlement of the EEZ dispute between Cyprus and Turkey.

As from the date of the effective transformation into a Federal State, full harmonisation and full compliance with the European Acquis throughout Cyprus.

One currency (the €) and a unified common market throughout Cyprus.

Adoption of the model of a bicommunal, bizonal federation.

Acceptance of political equality and the right of an effective participation (one-positive vote from each constituent state on all decisions at the federal level).

Granting of Cypriot citizenship to specified descendants of Turkish immigrants.

Joint Greek Cypriot and Turkish Cypriot management of natural resources, based on a system similar to that of the administration of the Federal Government.

Allocation of the distributable profits of the exploitation of the natural resources based on 50 per cent to the federal budget and 50 per cent to the budgets of the constituent states (based on their respective populations). An additional allocation of 5 per cent shall be made to the economically weaker constituent state (at the expense of the federal budget), for as long as the inequality persists.

Adoption of Turkish as an official language of the EU.

Recognition of Turkey’s role as an important regional player.

In general, adoption of a solution based on the resolutions of the United Nations, the Guterres Framework, the European Acquis and the convergences attained to date.

Detailed information on the proposed solution can be found on the web, at the following address: https://www.eastmed-thinktank.com.