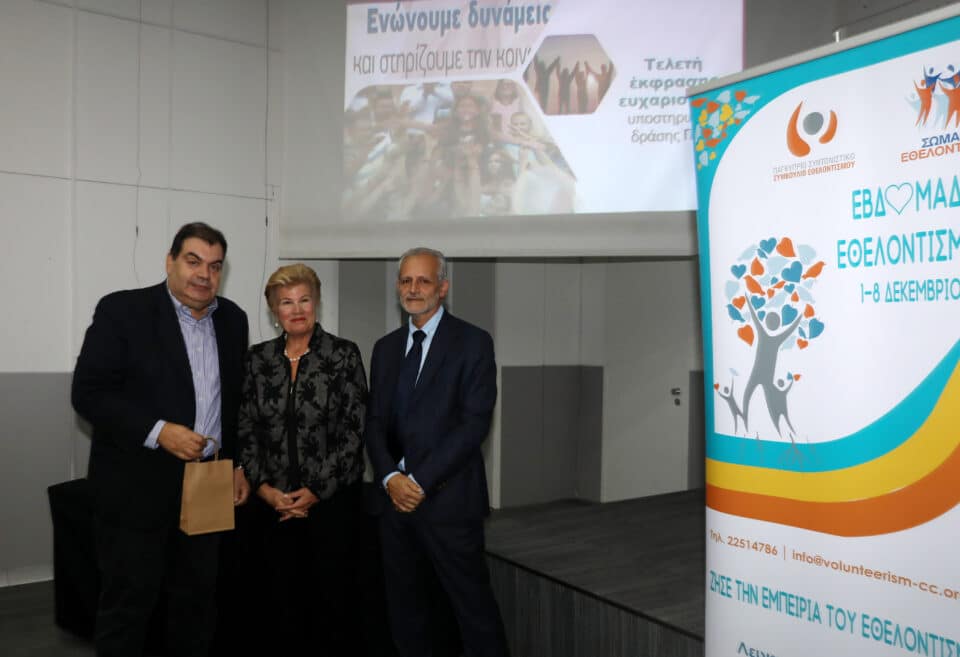 Cypriots actively show their sensitivity for other people’s trials with volunteerism being an important part of the culture, the honorary chairwoman of the Pancyprian Volunteerism Coordinative Council, first lady Andri Anastasiades said on Monday.

Speaking at the press conference for the launch of the 29th volunteerism week, organised between December 1 and 8, the first lady said the promotion of public benefit activities show that collective well-being is a personal matter.

“We are proud, because our compatriots in many trials that arise, wherever they live, show their sensitivities actively and spontaneously and often even from their own resources, they stand by every human need,” Anastasiades said.

“The pain and suffering of our neighbour does not leave us indifferent and that is very important,” she added, citing the words of the Greek poet George Seferis of how “Cyprus is a place where a miracle still works!”

During the volunteerism week, activities will be held in all districts while the programme includes activities implemented in the months before and after December. Τhese concern fairs, book sales and environmental actions such as clean-ups as well as collection of food and essentials to distribute to competent organisations.

Meanwhile, awards and distinctions will be awarded to volunteers on December 5, the International Volunteer Day.

The government, Anastasiades added, supports and encourages voluntary movements. To this end, the state created the office of the citizens’ commissioner, institutionalising the legislative framework for the promotion of active citizenship. This framework, supports, inter alia, the role of non-governmental organisations.

For his part, the president of the Pancyprian Volunteerism Coordinative Council, Elias Demetriou, said there is a UN-led actional pan for integrating volunteering into the 2030 agenda which mobilises national governments and society as a whole to support volunteering.

“If we ensure a more favourable and supportive environment for volunteers and voluntary organisations, we can accelerate progress towards achieving the Sustainable Development Goals,” he said, highlighting the importance of collective effort.

“For the future of our planet, we must join forces and act collectively now… Let us strengthen the values of solidarity and volunteerism and create strong foundations of cooperation and mutual understanding to achieve our common goals,”

The Pancyprian Volunteerism Coordinative Council is in charge of multidimensional work for the community, NGOs, promoting volunteerism and developing collaborations in all levels.

United Nations established the celebration of the International Volunteer day for Economic and Social Development annually on December 5 since 1985.