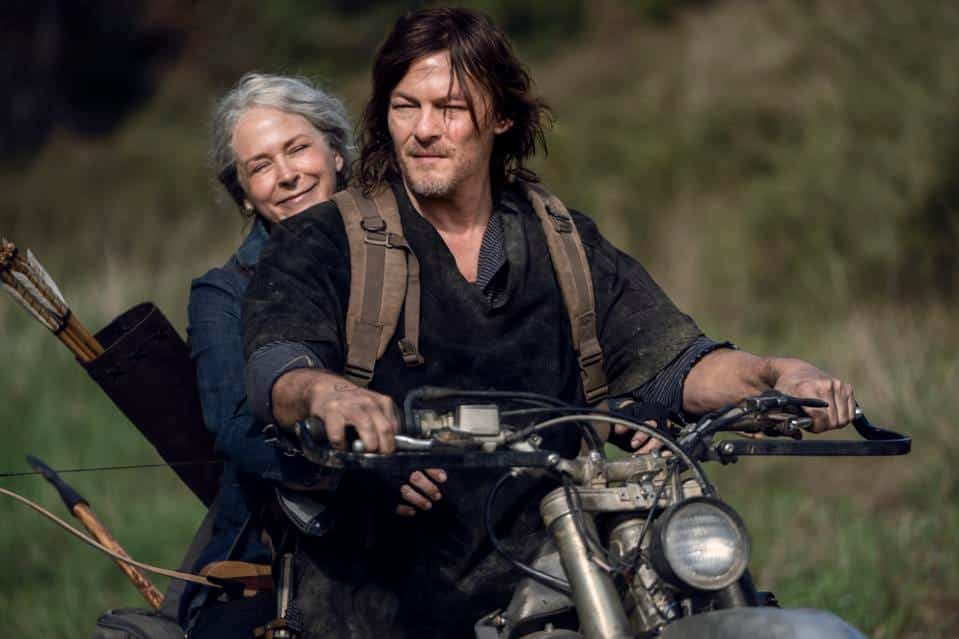 Even though the long-running season has finally wrapped, there is more to come from the post-apocalyptic zombie world says CONSTANTINOS PSILLIDES

“We are the ones who live”. With this line, the post-apocalypse zombie series The Walking Dead finally ended last Sunday after premiering in 2011. The final episode was cheekily titled Rest in Peace.

An immensely successful series and a flagship for AMC, TWD went from a critically acclaimed survival horror series that shattered viewership records to an overstretched survival soap opera, the inevitable end of any series that goes on for so many seasons.

Fans of the original show though should not fret though, AMC has ordered three more spin-offs that take up the story mantle for core characters, giving even more of the ‘almost being eaten alive by monsters’ genre.

WARNING: This article contains spoilers for The Walking Dead.

TWD core character Maggie, played by Lauren Cohan, teams up with villain-turned-hero Negan, played by the ridiculously charismatic Jeffrey Dean Morgan, to continue their adventures in a post-apocalypse New York. The pair has an interesting dynamic, as Maggie harbours an intense hatred for Negan, who, years before, brutally murdered her husband, something Negan has regretted since and dedicated himself to trying to be redeemed.

A sequel of the original series, Dead City follows the two of them as they go to New York, which is now filled with roving bands of killers and, of course, overrun by zombies.

Cohan almost dropped out of the original series, abandoning ship after season 9 when salary negotiations came to a dead-end but returned as a full-time cast member two years after that, with speculation putting the spin-off the reason behind it.

Shooting has already wrapped up and it is now in post-production, scheduled to premiere in April 2023. As far as streaming goes, AMC has its own platform (predictably named AMC+) and hasn’t announced any collaborations with streaming platforms, but since The Walking Dead is available on Netflix, one can only hope their agreement will extend to the spin-offs.

Everyone’s favourite redneck survivalist, Daryl is probably the show’s most beloved character, despite not having a comics counterpart in the source material. Played by Norman Reedus, Daryl was such a fan favourite that back in season 4, when the showrunners hinted that significant character deaths would be coming, an online campaign ran to make sure he was spared a gruesome fate, warning AMC that ‘If Daryl dies, we riot’.

The series finale of The Walking Dead saw Daryl learning that former protagonist Rick Grimes (played by Andrew Lincoln, who left TWD after season 9 due to a scheduling conflict) was still alive. Shocked by the news, Daryl decides to ride off into the sunset to go and find him.

The original plan for this spin-off was to be a buddy adventure with Daryl and his BFF Carol; a demure, abused housewife turned bad-ass zombie killing machine. Played by Melissa McBride, Carol’s part was to be revised after AMC announced plans to move production to France.

As far as the plot of Daryl Dixon goes, we don’t know much. Still, you can rest assured that the crossbow-wielding, motorcycle-riding loner will not be in France for wine tasting and charcuterie boards.

The series is currently in pre-production and is expected to premiere sometime in 2023.

It’s been 11 years since Georgia small-city sheriff Rick Grimes woke from a coma and found himself in a world changed forever. Since then, the character has gone through hell and back, assuming the role of the leader of the core group of survivors.

Bowing out after season 9, AMC originally announced that Rick would return in three feature films in the TWD universe, a concept that later morphed into a spin-off series.

Partnering with him is Rick’s love interest Michonne, the katana-wielding warrior who joined the group in season 3.

Not much is known about the plot, with AMC stating that “it will be an epic love story of two characters changed by a changed world.”

No official date for release has been given, but it is also expected to drop sometime in 2023.