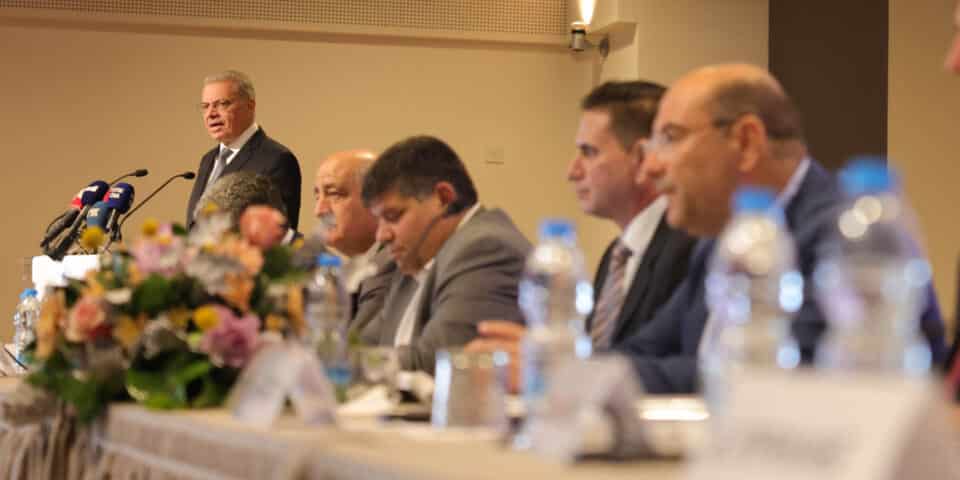 Local government reform is no longer a goal but a reality, Interior Minister Nicos Nouris said on Tuesday while addressing the 40th annual general assembly of the union of municipalities in Lefkara.

This goal will be fully realised following the next municipal elections in May 2024, he said.

Praising the union for the “positive stance it has kept and continues to keep,” the minister said it will soon be transformed into “a modern legal entity under public law, a powerful collective body to promote the interests and needs of local communities.

“Since the bills were passed last April, we have entered the transitional stage of implementation,” he added, assuring that in the spirit of cooperation, any challenges will be overcome “so we can reach the desired result, and be able to present to the public the new format for local self-government by June 2024”.

At the same time, the new municipalities will have increased responsibilities and powers, and will be administratively independent from central government.

Making reference to the government’s Recovery and Resilience plan, Nouris said it would be the legacy the Anastasiades government leaves behind, and that his ministry is taking advantage of all the possibilities it offers to implement projects and reforms “that promote balanced sustainable regional development by upgrading the quality of services to the public and to businesses”.

He added that for the period 2023-2025, his ministry will set aside €632 million from its budget alone for such projects, with the costs being evenly distributed between urban, rural and peri-urban areas. More specifically, €325 million is available for urban areas, €236 million for rural areas and €71 million for peri-urban areas.

“Now is the time for deeds and not words,” Nouris said, asking local officials to use their increased powers to continue a fruitful cooperation with the ministry.

“Any issues that arose in the implementation of the reform cannot overshadow the importance of the project, he said, expressing the certainty “that soon all outstanding issues will be settled, so that there will be no delay in what the public have been anticipating for decades”.

The reform, chairman of the union Andreas Vyras said, “is the most important effort to modernise the governance model since the establishment of the Republic of Cyprus”.

President Nicos Anastasiades, who was also present at the conference, said this year’s event was significant because it was the first to be held after the voting through of the reform.

Echoing Vyras’ words, he said this was one of the most significant reforms introduced by a government since the birth of the Republic.

“What the close cooperation [between the government and the union] has yielded up to now, will continue with any government, because no one is indifferent to the wellbeing of municipalities, rural communities, and in general the people of this country,” he said.

“I am certain that through what we have achieved so far, we will manage to deliver a local government model that will live up to the public’s expectations”.