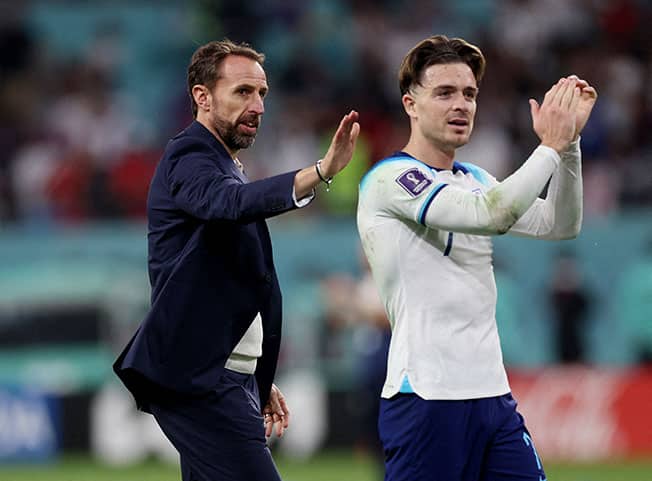 England manager Gareth Southgate knows Wales will have “additional motivation” when the two sides clash in their final Group B game at the World Cup on Tuesday.

The so-called Battle of Britain at the Ahmed bin Ali Stadium has been eagerly-awaited on both sides of the border and a derby atmosphere is guaranteed for the evening kickoff.

England, who have not tasted defeat by the Welsh since 1984 and who have won the last six meetings, have all but qualified for the last 16 barring a four-goal defeat.

For Wales, their hopes of progression are hanging by a thread with their destiny far from in their own hands after a dramatic late defeat by Iran on Friday.

Rob Page’s side need to win and hope the match between Iran and the United States is a draw, or beat England by a four-goal margin — something they have never achieved.

“They are a proud team with some very good players so we expect them to play well and we will prepare in the same way we prepared for previous opponents,” Southgate, who has a fully fit squad to pick from apart from an ailing Ben White, told reporters.

“They have some world class players who can produce moments of brilliance with their clubs and country, they have good spirit and organisation and we know the quality of the Ukraine side they beat to get here.

“We know they seem to have additional motivation to play England, from what they have been saying. We have to prepare for all those things but we must focus on us playing well which is the key.”

Four years ago in Russia, England won their first two group games and then Southgate made eight changes for a clash with Belgium and finished second.

Southgate will not be doing that again as he says finishing top of the group is the priority, although he was coy when asked whether captain Harry Kane, who failed to score in England’s first two games, might be rested.

“We will pick a team that we believe can win the game, that’s the priority always,” Southgate said. “He is fine in terms of the knock he had, people keep saying it’s his ankle but it’ s his foot and I don’t know why that is.

“He has trained well and we have everyone available which makes decisions difficult but you want a fully fit squad.”

England began the tournament in emphatic fashion, thumping Iran 6-2 but were then held to a 0-0 draw by the United States as their performance level dropped.

“We have to balance freshness with stability, that’s always the decision you make when you pick a team,” he said.

“We have a chance to win the group with a positive result so there is a lot resting on it for both teams.”

Book review: Into the Riverlands by Nghi Vo