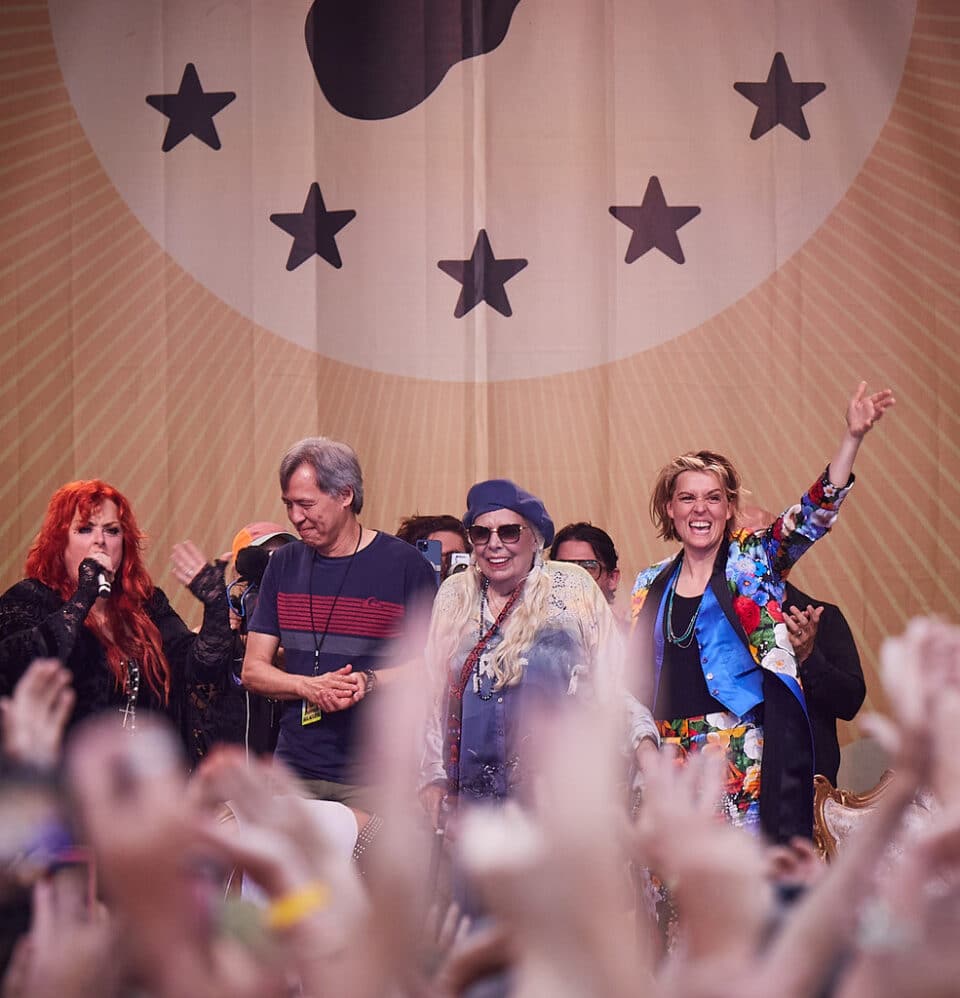 Back in the Sixties, the immaculate voice of singer-songwriter Joni Mitchell drew fans to her in droves. Her songs were smart, beautiful and relevant. Recently, she linked two things for me first, because I caught part of an interview she did with Nihal Athanayaka on BBC’s Five Live, having made a comeback after a serious illness saying she had to relearn how to play her guitar, and, as a clip from ‘Both Sides Now’, one of her finest illustrated, she said her once soprano voice is now alto.

Older yes but sounding just as good as one would expect from a lady of her performing calibre. Her unconventional songs back in the day she felt, were uneasy listening for men as they expressed very openly her raw, feminine feelings and emotions. Today’s males, she believes, are less restricted in showing how they feel. She explained years earlier that the song is a metaphor for life’s ambiguities and mysteries.

Secondly, because ‘Both Sides Now’ aka Cyprus came at me on Facebook via an irate old friend and colleague who lives abroad. I had visited a fine photographic exhibition at the Old Agora in Pallouriotissa where photographers, as I put it in a post, ‘from both sides of the island’, working in peace and harmony, displayed some of the best pictures I have seen of Cyprus, mounted on wood. Lovely, evocative scenes that would be appreciated anywhere in the world and deserve help to go international.

This lady is a scholar of ancient Greeks and Greece, knows Cyprus very well and a Philhellene of the first order. She told me my term ‘both sides’ was ‘scandalous’. Whether she or we like it or not, we are distinctly ‘both sides now’. With Erdogan doing his absolute best to move things into permanent division, and our ‘side’s’ procrastination, doing not very much to stop him robbing Cypriots who have lived here for generations of their island identity. Our side talks while Erdogan acts. And realists can see where both sides are heading now if drastic action isn’t taken to mend more than the fences we are putting up to stop illegal immigrants.

It is often in the field of artistic endeavour that the hopeful few from both sides – north and south – try to break down fences that have plagued us since 1974. I replied that I make no apology for using the term because that is how it is. Armchair warriors on our problem are plentiful. Those who get together and work in peace with the hope of friendship as a base, are the quiet warriors that get scant attention while others grandstand but do nothing.

Perhaps she, when recalling all the awful things Turkish soldiers and some extremist Turkish Cypriots did to Greek Cypriots, has forgotten that this side too has horrors to account for. As does ‘the Ra’, short for the (IRA) Irish Republican Army. A song celebrating ‘Up the Ra’ was sung by a group of victorious women after their football match causing heated dispute although they said they had selected non-controversial verses. Brilliant analyst and The Irish Times journalist, Professor of Irish letters at Princeton University, Fintan O’ Toole wrote about it titled ‘The full unexpurgated version of ‘Up the Ra’’, in which he listed atrocities carried out by the IRA during its war with British ownership of the north of Ireland.

The ‘other sides’ up north, as well as the British army, also committed crimes against innocents. Civilians often get catalogued as collateral damage in wars or faction fighting. They are not collateral, they are individual people with lives they want to live, children they want to hold, families they love who are shot, knifed, bombed and in some cases simply ‘disappeared’. By all means freedom fighters anywhere, fight but with honour and pride against the politicians and armies that have wronged you, for your deeds will follow you and someone with courage like O’Toole will always remember and remind even if you have not had to account publicly for taking innocent lives. That goes for both sides here and both sides on the island of Ireland and conflict opposites everywhere.