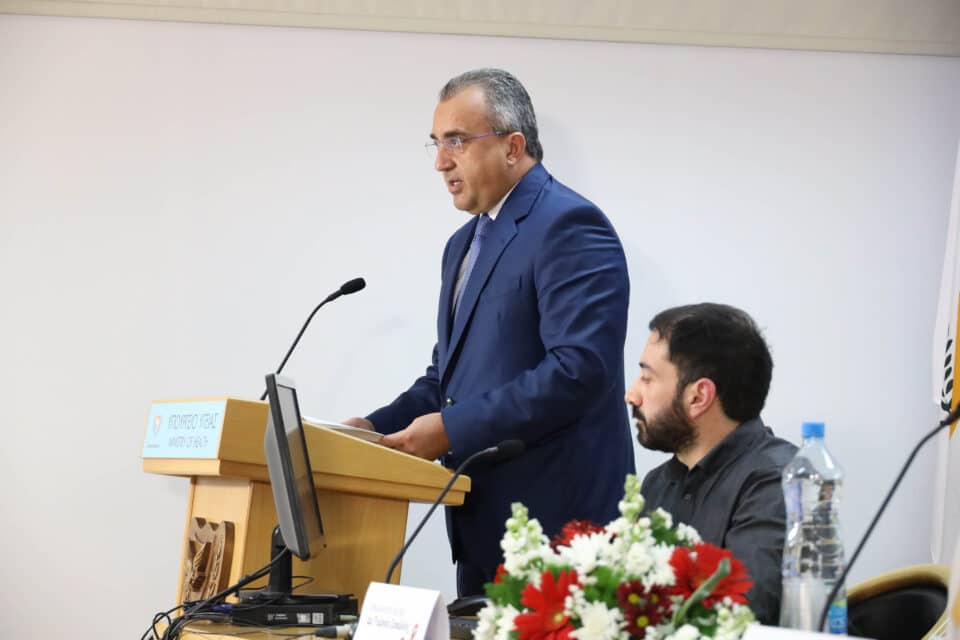 The ongoing coronavirus pandemic among other factors has delayed efforts to halt the spread of HIV/AIDS, Health Minister Michalis Hadjipantela said on Thursday.

Despite this, Cyprus remains committed to the revised targets set by the joint United Nations programme on HIV and AIDS by 2030, the minister said in his address to mark World AIDS Day.

Citing the World Health organisation (WHO), some 38.4 million people were living with HIV in 2021, of whom 1.5 million concerned new diagnoses. Among them, 28.7 million had access to antiretroviral treatment.

“Racial, economic and social disparities in access to diagnostic testing, antiretroviral treatment and clinical and laboratory follow-up remain and are widening, creating a barrier to efforts to end the HIV pandemic,” Hadjipantela said, noting that this year’s message is ‘equality’.

According to health ministry statistics, since records began in 1986, some 1,579 people in Cyprus overall had been diagnosed with HIV/AIDS.

It is estimated that for 2021, around 91 per cent of people residing in Cyprus who could be HIV positive have been diagnosed.

“This year’s World AIDS Day is marked by the stagnation in achieving the goals of halting the spread of the disease as a result of the ongoing pandemic Covid-19 and other economic and geopolitical challenges on a global scale,” the minister said.

“As health ministry, we remain dedicated in the achievement of the above in the context of zero stigma, universal equality and social acceptance,” Hadjipantela said.

As regards treatments available for HIV, Post-Exposure Prophylaxis (PEP) is available and refers to the use of antiretroviral drugs for people who are HIV-negative after a single high-risk exposure. Moreover, Pre-Exposure Prophylaxis (PrEP) is a prevention method used by people who are HIV-negative and at high risk for being exposed to HIV through sexual contact or intravenous drug use, according to the centres for disease control and prevention (CDC).

The health ministry offers seamless access to antiretroviral treatment regardless of insurance coverage and nationality, the minister said, while it provides free hospitalisation and medical care for all complications related to HIV/AIDS. Recently, the cabinet approved the increased incentive plan for HIV-positive people from €300 to €350, which will be paid in December with retroactive effect.

Hadjipantela also send a message of “equality and acceptance, far from the stereotypes and prejudices of the past” noting how “together we can end the HIV pandemic”.

December 1 was established as World AIDS Day in 1988 by a decision of the World Health Organisation (WHO) and subsequently by the UN General Assembly.