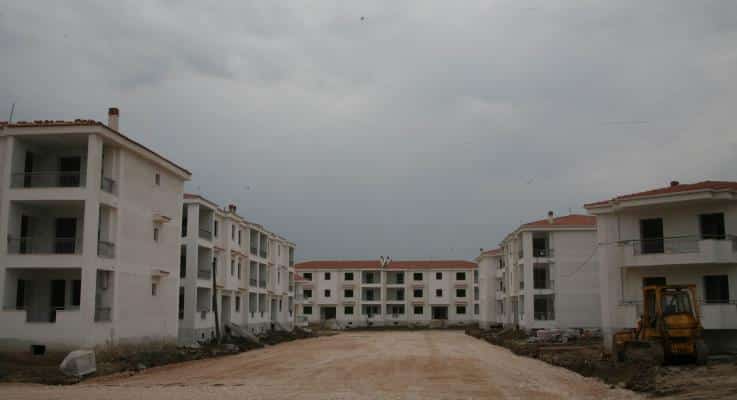 The Association for the Protection of Borrowers (Syprodat) this week met with the Cyprus Chamber of Commerce and Industry (Keve) in order to discuss a range of issues, including the suspension of foreclosures, viable loan restructurings, the rising interest rates, as well as the need to safeguard vulnerable groups of the population from soaring costs.

In statements made following the meeting between the two organisations, Keve secretary general Marios Tsiakkis said that “the chamber’s position remains the same and it is that the issue of non-performing loans must finally be resolved and removed from our banking system”.

He added that the chamber is opposed to the constant suspension of foreclosures, saying that this just kicks the can down the road.

“It must be understood by all that anyone who has taken a loan or will be taking a loan now has an obligation to pay that loan back,” Tsiakkis stated.

The Keve secretary general also mentioned that the chamber can understand that some borrowers are experiencing difficulties when repaying their loans, especially in cases where they have put down their primary residence or professional premises as collateral.

“Provided that these loans are within the boundaries of the relevant regulations, we would be open to discussing possible suggestions in order to help people who are truly finding it difficult to repay their loans and see if they can be assisted in some way,” Tsiakkis said.

“Possibly, primarily due to soaring inflation, some people are really struggling to repay their loans, however, under no circumstances will the chamber accept any arrangement that facilitates or provides cover to defaulters or strategic loan defaulters,” he added.

Moreover, according to Tsakkis, the chamber has asked Syprodat to submit its suggestions on the matter which the Keve executive committee will then review.

“In the event where one of these suggested countermeasures does not create a conflict with the chamber’s broader policies then we will look into it and see whether we can support some of these suggestions, with the objective being to help people who truly need it, without endangering the Cypriot banking system,” Tsiakkis said.

On her part, borrowers’ association director Tzeni Papacharalambous described the meeting as constructive, saying that the two organisations found common ground in regards to the need to not protect strategic defaulters.

She also referred to the chamber’s invitation for Syprodat to submit their own ideas as to what measures can be taken to protect borrowers.

“The aim of the meeting was to join our voices, not only with the parliamentary parties but also with all local bodies, in order to pressure the state to implement compensatory measures,” Papacharalambous said, listing the range of issues currently troubling both borrowers and consumers.

“Compensatory measures can take the form of tax relief or interest rate subsidies,” she added.

Moreover, she explained that something that has proven to be very helpful is a measure being implemented by state asset management Kedpies, which does not impose an increase in interest rates today, but at the end of the loan agreement.

“The continued suspension of foreclosures may not be the best thing to do, but under the current circumstances it is necessary because until the rent-to-hire scheme is implemented, there is a large number of vulnerable people in the population whose primary residence is not protected,” Papacharalambous said.

The Syprodat director said that it is not true that first homes are not being auctioned and added that “acquisition companies, as well as banks, continue to auction first homes”.

“In several cases, only after the intervention of either the Financial Commissioner or the Borrowers’ Association are these auctions suspended,” she added.

Papacharalambous concluded by saying that borrowers are being squeezed today by rising interest rates, something that will result in an increase in non-performing loans.