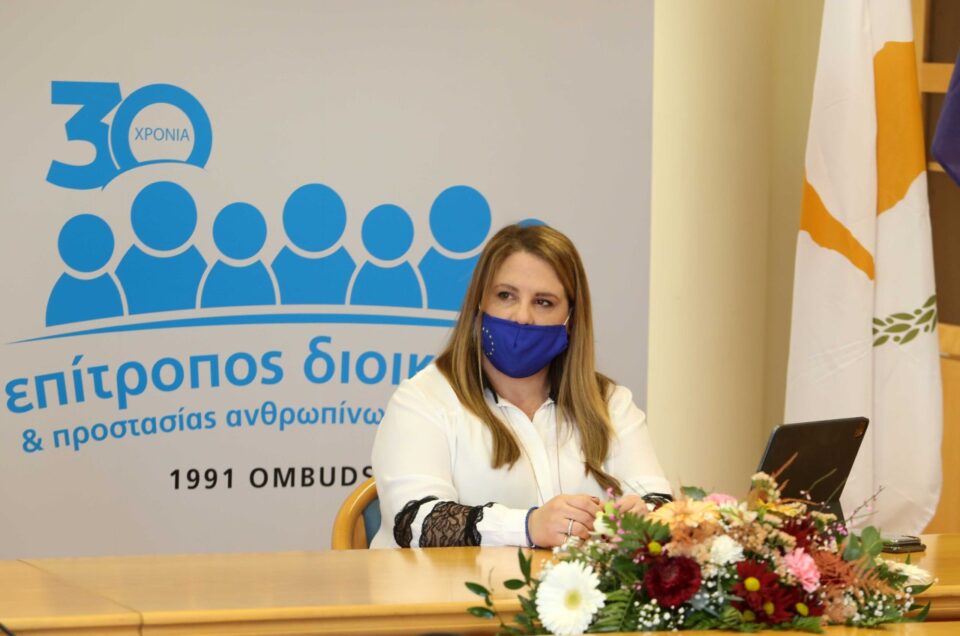 A large number of interventions by the Ombudswoman’s office this year concerned the “inalienable” right of children with disabilities to equal and non-discriminatory or inclusive access to education, Ombudswoman Maria Stylianou Lottides said on Saturday marking the International Day of Persons with Disabilities.

She said the majority of the issues brought to her office’s attention concern ensuring an adequate standard of living for people with disabilities, defining and assessing disability for the purposes of access to social benefits, their equal and non-discriminatory access to education and accessibility issues to the natural and built environment and information.

This year, as well as the previous ones, a large number of our interventions concerned the inalienable right of children with disabilities to equal education, she said.

In March this year her office drew attention to discrimination against one student with disabilities during the Pancyprian Exams.

The competent ministry, she said, complied with her office’s recommendation and during the exams the specific student sat a differentiated examination essay, based on his assessed and individualised educational needs.

In another case, in September 2022 regarding the provision of escorts for schoolchildren with disabilities, “we reiterated the need to review the recruitment process of school escorts, guided primarily by the best interests of the child, as well as that escorts as a form of reasonable adaptation provided to children with disabilities, should be able to adequately respond to the individual needs of each child as determined by the District Special Education Committees.”

While in a report in November 2022 regarding the failure to provide a student with a disability with an escort that meets their individual needs, “we pointed out that each case of a student with a disability that needs reasonable accommodation and, in particular, a school escort, should be examined and treated separately and individually and in light of the individual needs that the requested reasonable accommodations should satisfy”.

The Ombudswoman said she was recently “pleased to hear”, the competent ministry has launched the implementation of her recommendation and is already taking steps to recruit an escort who is able to respond to the multiple disabilities of the student concerned.

“Unquestionably,” she said, “the promotion of independent living, recognition of legal capacity, accessibility, inclusive education, equal opportunities in the labour market and non-discriminatory participation in all aspects of social, economic and cultural life, should now be taken for granted and a sine qua non for the inclusiveness that people with disabilities inevitably experience and an end to them being marginalised”.

As according to UN data, 15 per cent of the world’s population has disabilities, it “becomes clear” that our goal as a society is to remove all obstacles without exception, so that more than one billion of our fellow human beings are not deprived of equal integration into society but are able to enjoy their rights without discrimination,” Lottides concluded.

The International Day of Persons with Disabilities was established in 1992 by a decision of the UN General Assembly and is marked around the world every year on December 3.