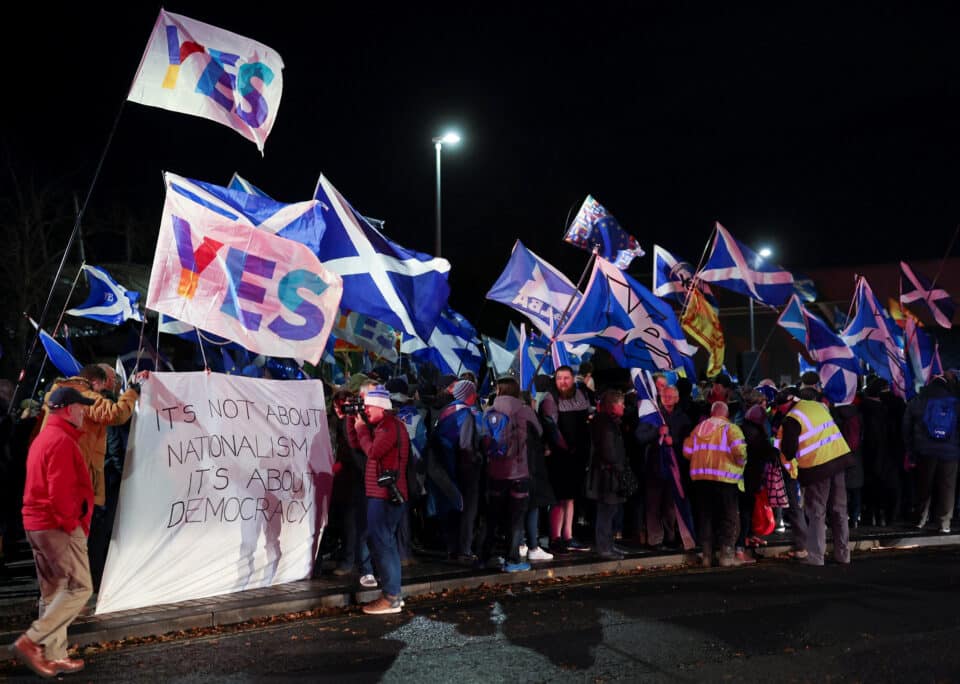 Rules that Scots do not have the right to self determination

On November 22, 2022 the UK Supreme Court ruled that the people of Scotland did not have the right to self-determination or to hold a referendum on independence.

The judgement is both boring and interesting. It is boring because of a number of obtuse legal points which only concern Scottish lawyers. It is interesting because it deals with the right of nations to self-determination and the nature of referendums – the usual means by which that right is exercised.

Referendums are political tools whereby governments in representative democracies consult the people directly on major constitutional issues, although in Switzerland they are used for any change in its constitution and are used much more frequently than in the UK.

Referendums have been held only four times in the UK: once in 1975 on whether to remain in the European Economic Community (the EEC), and again in 2016 on whether to leave the European Union (EU) – the EEC evolved into a quasi-political union and changed its name to EU.

Between those two referendums there was one UK-wide in 2011 on whether to change the system of electing MPs from first-past-the-post to an alternative-vote system and the Scottish independence referendum of 2014.

On self-determination the court was faced with an argument based on the presumption under British constitutional law that UK legislation is compatible with international law unless parliament legislates deliberately and clearly to the contrary.

The Scottish National Party argued that as it was not clear that an advisory referendum was intended to be reserved to the UK parliament, the right to self-determination in international law was relevant and admissible as an aid to the correct interpretation of the law.

It submitted that the right to self-determination, enshrined in the UN Charter and the International Covenant Civil and Political Rights, implied the Scottish Parliament could legislate for an advisory referendum on Scottish independence. It was argued that a referendum was not self-executing but merely a consultative tool and as such was not reserved to the UK parliament under the devolution provisions of the Scotland Act 1998.

The court rejected both those arguments. It decided the Scottish people were not entitled to self-determination and relied on a decision of the Supreme Court of Canada in the Secession of Quebec Case in 1998.

The Quebec case decides that the right to external self-determination only bites either in a colonial context; or where a people is oppressed; or where a definable group is denied meaningful access to government to pursue their political, economic, social and cultural development. And that every state whose government represents all the people within its territory without discrimination and respects the right of self-determination internally is entitled to its territorial integrity under international law.

The question for the court was whether in denying that Scotland had a right to legislate for an advisory referendum on independence after Britain left the EU, the Scottish people were being denied a meaningful say on a hugely important issue that affects Scotland’s political, economic, social and cultural development within rather than outside the EU.

The UK Supreme Court held that the reasoning in the Quebec case applied to Scotland but without a discussion of the reasons for its conclusion other than that Scotland was not an oppressed colony. However, on analysis the reasons behind the clamour for a referendum in Scotland merited closer attention by the court on account of the unique political developments in UK after the Brexit referendum of 2016.

The UK government’s refusal of a further Scottish independence referendum is based on the idea that the 2014 referendum was a once-in-a-generation process of consultation, which would have been a strong argument if the UK had remained part of the EU. Repetitive referendums on secession are undemocratic and not conducive to stable government, but the Brexit referendum of 2016 robs that argument of all its force so far as Scotland is concerned.

The Scottish National Party wants another referendum because Scotland was forced out of the EU against the wishes of its people. The 2014 referendum on Scottish independence has been overtaken by a fundamental change of circumstances that deprive it of political force as a vote against independence because the Scottish people voted on the false prospectus that the UK would remain in the EU.

As to the non-executing advisory nature of the proposed referendum the Supreme Court decided that even though a Scottish referendum would be advisory, it would be so important politically in terms of its purpose and effect on the union of Scotland and England it was reserved to the UK parliament. You can’t quarrel with that part of the court’s line of reasoning, if you leave out of the equation the right of the Scottish people to self-determination

Historically, Scotland was a separate kingdom and has often had a separate relationship with continental Europe to that of England. It was only by dynastic coincidence that the English crown fell on King James VI of Scotland who became King James I of England. Then in 1707 Scotland abolished its own parliament and united with the English parliament at Westminster on the implicit understanding that the union was voluntary.