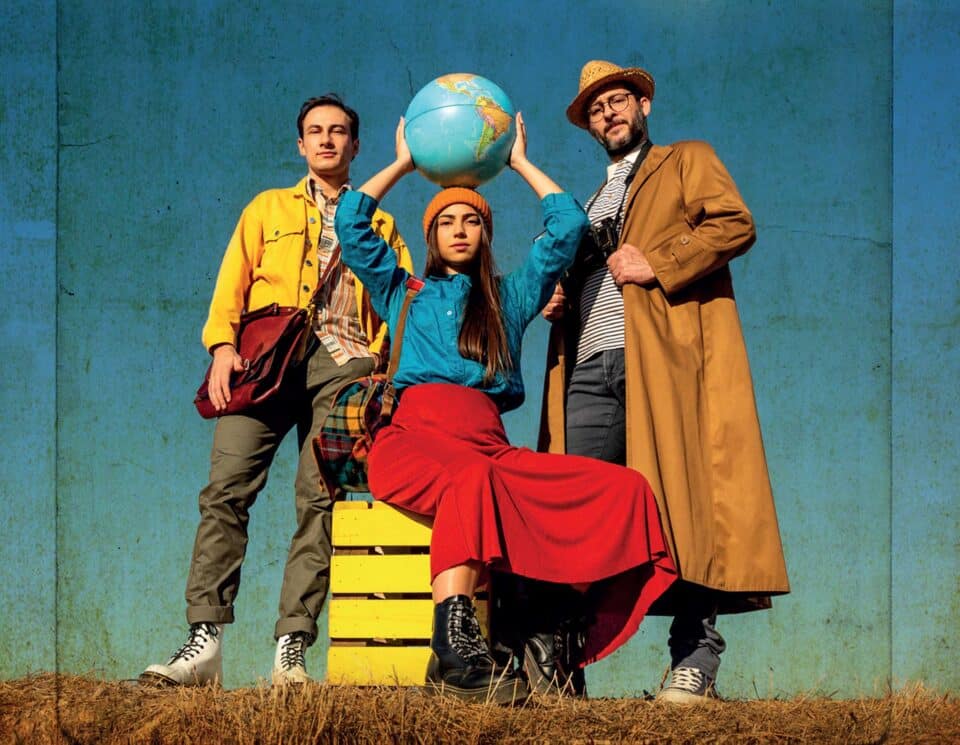 Still: A Statue that Travelled the World

We are officially in the last month of the year, with only a few weeks remaining before 2023 makes its appearance. In December’s packed agenda, cultural institutions, local performance groups and artists are busy presenting their work in shows, concerts and events before the holidays and Rialto Theatre is hosting many of them.

With weekly events until the penultimate week of the month, Rialto’s stage is bursting with theatre productions, screenings and concerts, offering something for all. Returning to the theatre’s stage is a play that received raving reviews from critics and audiences alike and is touring the island this winter. Still: A Statue that Travelled the World is a play about a girl and a statue who embark on globe-trotting adventures. With music, songs and a captivating storyline, the play is an ode to peace, friendship, diversity and the power of true love. Actors Andreas Koutsoftas, Christina Papadopoulou and Antony Papamichael will bring the story to life on December 11 with a 4pm show in Greek.

Theatrical performances continue with a performance by Anemona Theatre which presents the play of award-winning French writer Florian Zeller, The Son on December 12. It is a social and sensitive play dealing with a controversial issue for every teenager’s parents: how to deal with an adolescent’s problems.

Then, on December 16, Enact Theatre presents a devised theatre performance based on Edgar Lee Masters’ anthology Spoon River. The performance premiered last year, but this time it will be presented on December 16 as a participatory act on Rialto’s stage in the form of a gathering with music and drinks to be a feast celebrating life, the present and eternity.

The event to follow is a music performance on December 18 featuring a composition by Andys Skordis, inspired and based on the concept of fear. Through seven acts, the composer highlights a different sense of fear in our daily life (acrophobia, eleutherophobia, atychiphobia, agoraphobia, ornithophobia, gerascophobia, algophobia). The performers, taking on the role of ritualists, present every act as a ritual towards this specific sense, in order to elevate it, conquer it and, ultimately, overcome the fear that surrounds them.

With a totally different mood, December 19’s concert will welcome the Marios Tokas Limassol Music School in a festive Christmas concert performed by its music ensembles.

December 21 returns to the theatre world with an adaptation of John Patrick Shanley’s renowned play Doubt. Written in 2004, the play won both a Pulitzer Prize and a Tony Award and became widely known through its film adaptation in 2008. As the title suggests, it illuminates the way the human mind struggles with its certainties. Directed by Andreas Araouzos, the play features an outstanding cast and creative team, including acclaimed actress Despina Bebedeli.

The very final performance for 2022 at Rialto Theatre is a concert titled A Picnic Under the Storm. Taking the stage on December 22 are members of the Epilogi Cultural Movement Choir and a five-member orchestra who will perform extracts from Theofrastos Sakellaridis’ operettas Daughter of the Storm, Picnic, I Want to See the Pope and The Godson. The repertoire aims to fill the theatre with joyful and cheerful tunes, bidding farewell to 2022.