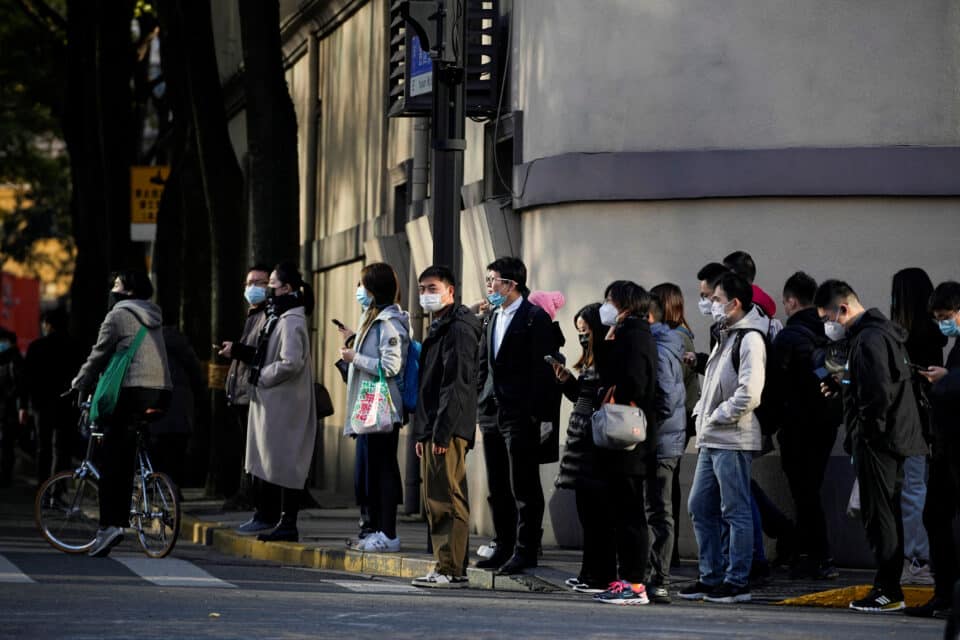 China on Wednesday announced the most sweeping changes to its resolute anti-COVID regime since the pandemic began three years ago, loosening rules that curbed the spread of the virus but sparked protests and hobbled the world’s second-largest economy.

The relaxation of rules, which includes allowing infected people with mild symptoms to quarantine at home and dropping testing for people travelling domestically, is the clearest sign yet Beijing is pivoting away from its zero-COVID policy to let people live with the disease.

But health officials are still warning that they will closely watch trends in deaths and adequacy of medical resources in case a return to tougher measures is needed.

Many of the changes announced by the National Health Commission (NHC) reflected steps already taken in various cities and regions in recent days, following protests against COVID controls that were the biggest demonstration of public discontent since President Xi Jinping came to power in 2012.

Citizens cheered the prospect of a shift that could see China slowly emerging back into the world three years after the virus was first identified in the central city of Wuhan in late 2019.

Wednesday’s announcement soared to the most viewed topic on China’s Weibo platform, with many hoping for normality after policies that have brought mental suffering to tens of millions.

For nearly three years, China has managed COVID as a disease on par with bubonic plague and cholera and as cases spread earlier this year, whole communities were locked down, sometimes for months.

Dozens of people also flocked to the Weibo account of Li Wenliang, a doctor in Wuhan who died in 2020 after sounding an early alarm about COVID-19 and whose last post has been an online haven for those looking to vent about personal woes and public policies.

“Doctor, we’ve made it through, we’re going to be free,”

wrote one user. “Daylight is here,” wrote another.

Shanghai was among the first to announce that it would put the new home quarantine guidelines in place and also remove rules on travellers entering the city. The Shanghai Disneyland theme park will reopen for visitors on Thursday.

Some investors also welcomed the shift that could reinvigorate China’s sagging economy and currency and bolster global growth.

“This change of policy is a big step forward,” said Zhiwei Zhang, chief economist at Pinpoint Asset Management. “I expect China will fully reopen its border no later than mid 2023.”

Foreign businesses in China also hope the changes will mark a shift to a broader opening.

“We need the business environment here to return to a level of predictability whereby companies can return to normal operations,” Colm Rafferty, chairman of the American Chamber of Commerce in China, said in a statement.

But NHC spokesperson Mi Feng told a news conference that any changes to measures regarding inbound travel would be “gradual”.

The policy changes were announced after Xi, who regards China’s relentless fight against COVID as one of his main achievements, chaired a meeting of the Communist Party’s Politburo on Tuesday.

Some analysts seized on a report on the meeting by official news agency Xinhua that lacked any mention of the “dynamic zero-COVID clearing” policy, which demands cases be brought down to zero as quickly as possible.

While it was unclear whether this was a signal of a fundamental change in stance, health officials at press conferences after the roll-out of the latest measures all emphasised “dynamic optimisation” of anti-epidemic measures rather than eliminating all infections.

Major cities across China, including Beijing and Shanghai, were gripped by protests last month, which started to subside amid a heavy police presence and various restrictions being lifted in different parts of the country.

Officials have not linked any of the changes, made on Wednesday or earlier, to the protests.

But they have markedly softened their tone on the health risks of the virus – bringing China closer to what other countries have been saying for more than a year as they dropped restrictions and shifted towards living with the virus.

The looser approach has set off a rush for cough and fever medicines as some residents, particularly the unvaccinated elderly, feel more vulnerable to a virus that has largely been kept in check by Beijing’s strict policy.

Feng Zijian, a former official in China’s Center for Disease Control, told the China Youth Daily that up to 60 per cent of China’s population could be infected in the first large-scale wave before stabilising.

China’s current tally of 5,235 COVID-related deaths is a tiny fraction of its population of 1.4 billion, and extremely low by global standards.

“Please buy (medicines) rationally, buy on demand, and do not blindly stock up,” the Beijing Municipal Food and Drug Administration was quoted as saying in the state-owned Beijing Evening News.

In Beijing’s upmarket Chaoyang district, home to most foreign embassies as well as entertainment venues and corporate headquarters, shops were fast running out of some those drugs, residents said.

China’s yuan CNY=CFXS has seen a resurgence against the dollar, buoyed by the prospects that government would relax the curbs.

But the currency remains set for its worst year since China unified official and market exchange rates in 1994, as its economy has been battered.