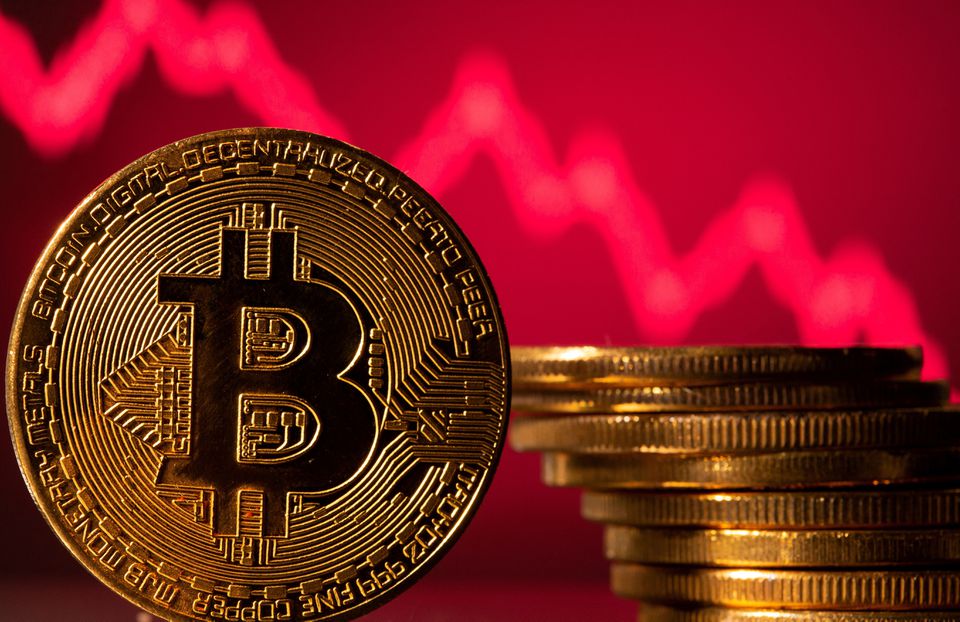 The 45-year-old, who quit his real-estate job a year ago to focus on trading, has seen his holdings evaporate in recent months. He hasn’t slept in a week because of the stress.

“So these are the last two coins and I will die before selling them.”

For many retail traders and investors, enough is enough.

Bitcoin balances on crypto exchanges – where retail investors typically transact – have fallen to around 2.3 million from its 2020 all-time high of 3.1 million, exchange Bitfinex said. Self-custody wallet balances have not grown at the same pace, indicating more selling than storage, it added.

“There are signs that a significant number of retail investors have been discouraged to the point of exiting crypto entirely,” Bitfinex analysts said.

Indeed, Fawaz is not alone.

It’s been a brutal year for investors. Bitcoin’s price has dropped 63 per cent, while the overall cryptocurrency market capitalization has lost $1.63 trillion in value.

The collapse of Sam Bankman-Fried’s FTX exchange hammered a long nail into the market.

November saw a 7-day realized loss of $10.16 billion in bitcoin investments as investors were forced to exit long-term positions, the fourth-largest loss on record by this measure, according to Glassnode data.

“This is not the winter season anymore, this is a bloodbath, because the FTX crisis was like a domino that toppled so many companies,” said Linda Obi, a crypto investor in the Nigerian city of Lagos who works at blockchain firm Zenith Chain.

The 38-year-old said she was a “long-haul” investor with an investment horizon of five years and traded “a bit of everything”, including altcoins and memecoins.

“I’m gonna be very honest, I do think there’s a whole lot of hype around crypto, with influencer marketing and your favorite celebrities talking about crypto,” she added.

“People don’t research, and just jump in, and that should change. We have started to have serious conversations around how we can actually sanitize and advertise the space.”

DAVID VS GOLIATH
Crypto retail investors losing money is nothing new. A study from the Bank of International Settlements (BIS), conducted between 2015 and 2022, estimated that 73 per cent to 81 per cent likely lost money on their investments in cryptocurrencies.

“It’s really difficult to trade on news because we don’t have inside information, a tweet can change everything,” said Lisbon-based Adalberto Rodrigues, 34, who trades crypto in addition to running a software firm.

Eloisa Marchesoni, a trader who said she had about $2,000 on FTX she was unable to withdraw, is sure crypto will retain its attraction for smaller investors.

“Retail will suck it up, like always,” said Marchesoni, who leaves near Tulum on the coast of Mexico’s Yucatan Peninsula.

Yet the hefty investor losses from the FTX collapse could serve to kick regulators into action, said Charley Cooper, communications chief at blockchain technology firm R3.

“Politicians have a lot harder time ignoring calls from constituents that lost their savings or grocery money than from high-flying crypto hedge funds.”