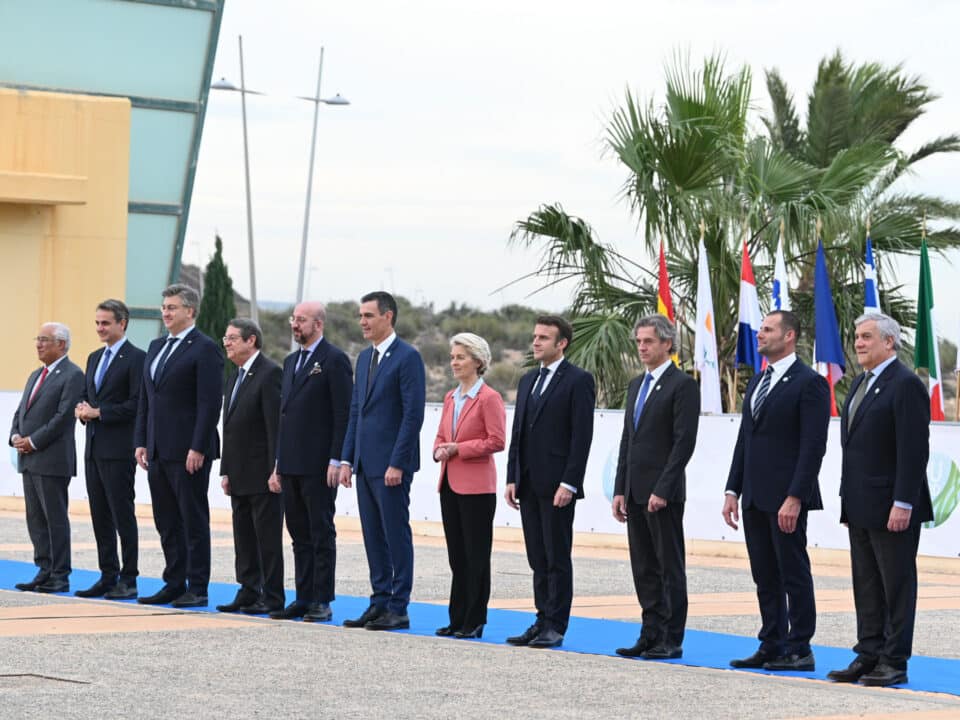 President Nicos Anastasiades on Friday said it was a necessary condition to strengthen the cooperation of the nine Mediterranean states, in order to turn the region into an area of peace, dialogue and stability.

Speaking after the end of the Euro-Mediterranean Summit in Spain, he emphasised that no state alone can cope with the great challenges and that everyone’s efforts must be aimed at strengthening the strategic autonomy of the European Union and reducing dependencies on unreliable partners.

The leaders of Croatia, Cyprus, France, Greece, Malta, Portugal, Slovenia and Spain, and the Deputy Prime Minister of Italy met on Friday in Alicante, for the 9th Summit of the Southern countries of the EU (MED-9).

The leaders agreed that it was essential to adopt measures that will ensure liquidity and limit price volatility.

Spanish Prime Minister Pedro Sanchez said the leaders of the nine EU Mediterranean countries agreed to push for a dynamic cap on gas prices rather than a fixed ceiling.

“We call for swiftly putting in place a market-based gas price cap in a temporary and effective manner, that guarantees prevention of excessive energy prices and also industrial competitiveness and security of supply. In addition, by swiftly implementing joint purchases of gas, we will leverage our buying power to bring prices down,” they said in  joint statement.

“The pandemic and the war of aggression against Ukraine have dramatically shown the risks of asymmetric dependencies in strategic sectors. We have discussed the economic and social impact of vulnerabilities in our economies, recognising the need to address the direct impact on our citizens’ lives of rising prices, especially for energy, and disruptions in supply chains,” they added.

The Med9 leaders also agreed on the importance of achieving greater European solidarity on electricity and gas, including through common purchasing, storage and strengthening energy interconnections, in order to optimise the diversification of suppliers and energy sources, thus allowing a better response to supply disruptions as well as to the energy transition, they said.

In the meantime they also agreed to accelerate the decarbonisation of their respective economies by continuing to promote the development of renewable energy, with the aim of achieving a climate-neutral EU by 2050.

For his part, Anastasiades mentioned in his intervention at the summit that the Eastern Mediterranean can be an alternative energy corridor for the European Union and publicly stated that Cyprus, making use of cooperation with countries in the region, is focused on creating a sustainable regional natural gas market, to supply the European Union with sufficient quantities.

Meanwhile, Anastasiades also thanked the leaders of the other countries for their principled stance on the Cyprus issue and the support they offer and emphasised that the Turkish side’s attempt to recognise the ‘TRNC’ will not be accepted.

The Med9 reiterated its strong commitment to a viable comprehensive settlement of the Cyprus issue and said proposals for a two-state solution were unacceptable. “Efforts to resume negotiations should not be undermined by illegal and provocative behaviour in the maritime zones and on the territory of Cyprus, the joint statement said.

The statement also strongly condemned Turkish illegal actions in the fenced-off area of Varosha, calling for their reversal in line with the UNSC Presidential Statement of 23 July 2021 and the Declaration of the High Representative on behalf of the European Union of 27 July 2021.

“The broader Mediterranean region can benefit from a new dynamic of political dialogue and enhanced cooperation. The agreement on marine delimitation lines between Israel and Lebanon, constitutes a prime example of peacefully resolving differences via dialogue and it is expected to contribute to the creation of conditions of stability and security in the Eastern Mediterranean region,” they said.

“In this regard, we encourage our partners to reduce ongoing tensions, and to continue to work jointly with us to create the conditions for shared stability and prosperity for all the peoples in our region,” the joint statement said.

“We underline the EU’s strategic interest in a stable and secure environment in the Eastern Mediterranean, and, in this respect, reiterate our deep concern about repeated unilateral actions and provocative statements by Turkey,” it added.

“Solutions to outstanding issues should be addressed by peaceful means and in full respect of international law, including the United Nations 6 Convention on the Law of the Sea.”

It added that the sovereignty and territorial integrity of all EU Member States should be preserved and their sovereign rights be respected.

Deescalation of tensions, respect of international law and promotion of good-neighbourly relations in a sustainable way, putting an end to unacceptable recent hostile remarks, were essential for regional stability and cooperation, including in the field of energy.

Meanwhile, Anastasiades also raised the issue of the instrumentalisation of illegal immigration by Turkey.

For their part, the leaders said it was important to continue to take into account the vision of the Mediterranean countries within the New Pact on Migration and Asylum, noting that it should be primarily based on two balanced elements, and stressed the need to develop sustainable legal pathways for migration.

“In the internal dimension, a fair balance, in line with the EU treaties, should be achieved between solidarity and fair sharing of responsibility as guiding principle of the EU policies, building swiftly on the important progress reached during the French and Czech Presidencies.

“In the external dimension, following the path of the last three Mediterranean presidencies of the Council, efforts should aim at reinforcing the dialogue on migratory issues with our partners and strengthening a preventive and operational cooperation through comprehensive, tailored-made and mutually beneficial partnerships, ensuring ownership by all parties, making coordinated use of all available EU and Member States’ instruments and policies, including the securing of adequate funding and enhancing our partners’ capacity to combat human trafficking and irregular migration,” they said.