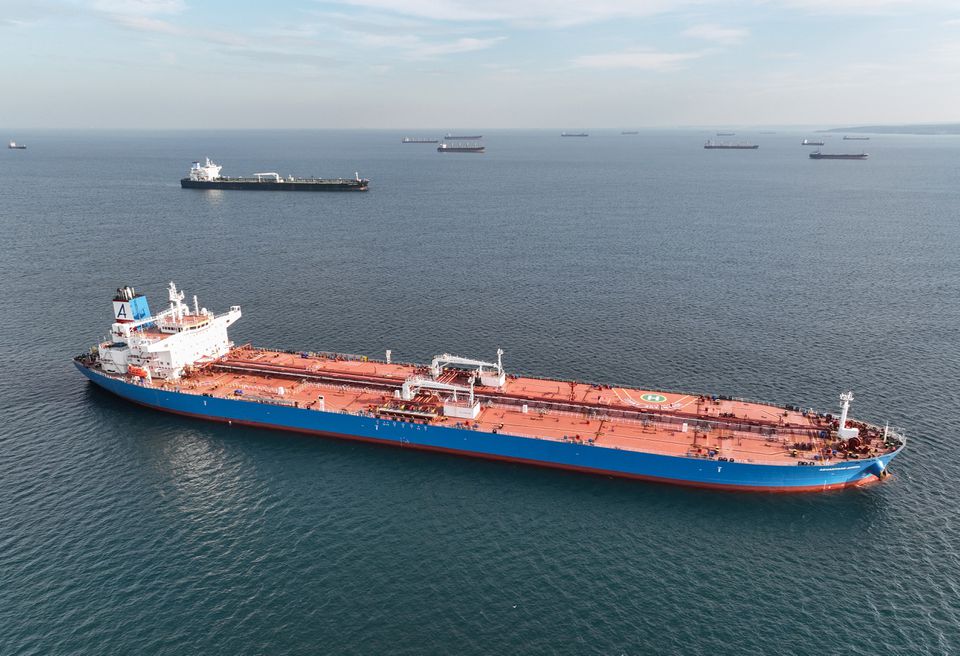 Turkey’s maritime authority said on Thursday it would continue to block the passage of oil tankers that don’t carry appropriate insurance letters, adding that insurance checks on ships in its waters were a “routine procedure”.

The logjam is creating growing unease in oil and tanker markets and comes as the G7 and European Union introduce a price cap on Russian oil.

Millions of barrels of oil per day move south from Russian ports through Turkey’s Bosphorus and Dardanelles straits into the Mediterranean.

Here are key facts about the issue.

Turkish authorities introduced new requirements, which came into effect at the beginning of December, in which every ship must have P&I insurance cover in place for all circumstances when sailing through Turkish waters or when calling at ports.

A circular issued by Turkey’s Ministry of Transport and Infrastructure on Nov. 16 and seen by Reuters said it was “necessary to confirm that P&I insurances are still valid and inclusive during the passage of cargo ships, especially crude oil products … through the Turkish Straits”.

Citing the potentially catastrophic of impact of any accident, it added: “It was considered that it would be the most cost-effective and reasonable solution to receive an additional confirmation letter that the ship would still be covered by the valid P&I insurance during this voyage.”

The new regulations came into effect before a $60 per barrel price cap was imposed on Russian seaborne crude on Dec. 5.

With that mechanism, Western insurers are required to retain proof that Russian oil covered is sold at or below that price. The industry has a 45-day transition period and a 90-day grace period if the G7 changes the price cap at a later date.

Ship insurers say the Turkish requirements would mean continuing to provide cover, and thereby pay for any losses, even in the event that a ship is found to be in breach of Western sanctions.

The top tier of P&I insurers, which numbers 13 clubs, covers about 90 per cent of the world ocean-going tonnage and are represented by the International Group association.

The International Group, which has held discussions with Turkish authorities, has assessed that member clubs should not issue such a letter, P&I clubs said this week in advisory notes.

“Issuing a confirmatory letter under these circumstances would expose the Club to a breach of sanctions under EU, UK and US law and as such the Clubs cannot comply with the Turkish Authority’s request,” ship insurer UK P&I Club said in an advisory.

Since the regulations came into effect, one tanker covered by Russian insurer Ingosstrakh was able to sail after a letter was submitted.

The International Chamber of Shipping (ICS) association, which represents over 80 per cent of the world’s merchant fleet, said it hoped for a swift resolution of the issue.

“We’re aware that high-level discussions are underway to provide clarity on Turkish government requirements that crude tankers entering or transiting Turkish waters must provide assurance from the owner’s insurers that cover will remain, even in the event of a breach of sanctions,” an ICS spokesperson said.

“The notice goes beyond usual confirmations of cover, causing delay to vessels while clarity is sought on the scope of the new requirements.”

The Turkish Straits, which include Istanbul’s Bosphorus and the Dardanelles waterways, divide Asia from Europe.

The Bosphorus, a 17-mile waterway that connects the Black Sea to the Sea of Marmara and eventually to the Mediterranean Sea, is one of the world’s most important choke points for the maritime transit of oil.

According to analysis by the US Energy Information Administration in 2017, over 3 per cent of global supply or 3 million barrels per day, mainly from Russia and the Caspian Sea, passed through the Bosphorus.

The 40-mile Dardanelles strait separately connects the Sea of Marmara with the Aegean and Mediterranean Seas.

The number of tankers waiting in the Black Sea to cross the Bosphorus strait on the way to the Mediterranean Sea rose to 19 from 16 earlier on Thursday, the Tribeca shipping agency said.

With 9 others waiting at the Dardanelles, there were a total of 28 tankers waiting, the agency said.