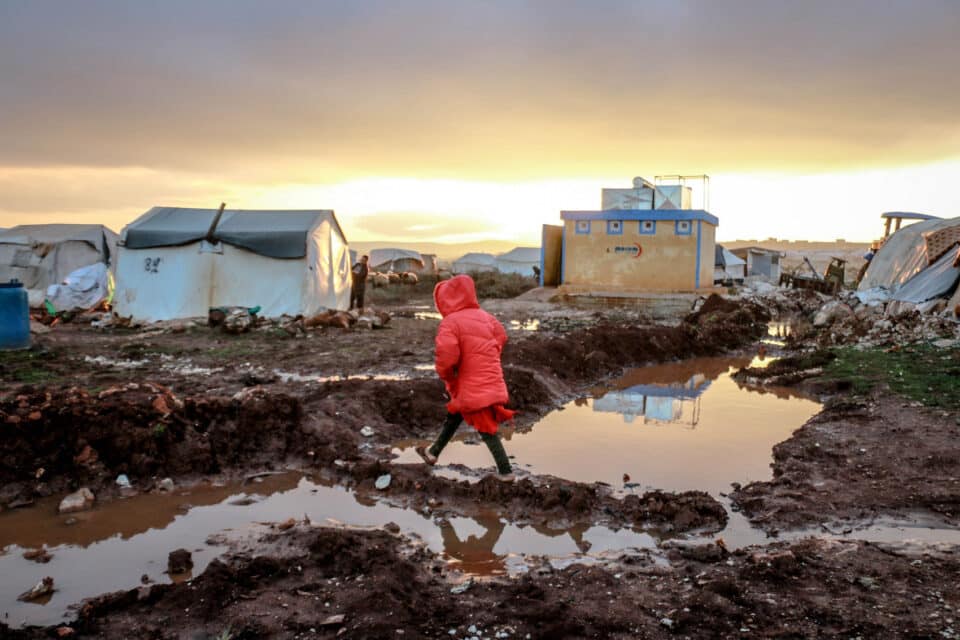 Top researchers warned that Cyprus is faced with dire human health impact as it is among the countries situated at the climate change “hot spot”.

A study by an international team of researchers coordinated by the Cyprus Institute (ICI) has sounded the alarm by presenting the first comprehensive review of how climate change is affecting the health of residents in the Eastern Mediterranean and Middle East (EMME) regions, including Cyprus.

“Climate factors and human health are directly linked in complex ways,” explained Dr Marco Neira, Associate Researcher at the CARE-C Centre of Excellence for Climate and Atmospheric Research at the Cyprus Institute and first author of the study.

The research, published in the Environmental Research journal, identifies the challenges and potential risks associated with excessively high temperatures, water scarcity and air pollution. It also warns of the serious implications of the climate crisis in relation to changes in the epidemiology of vector-borne diseases, such as mosquitoes, and the health of displaced populations.

“The impacts of climate change on human health can be both direct and indirect, and are influenced by a variety of biological, ecological and socio-political factors, such as age, gender, socio-economic status, and underlying diseases.

“For example, a combination of ecological and socioeconomic factors in the EMME area creates conditions conducive to outbreaks of vector-borne infectious diseases such as malaria, dengue, leishmaniasis and West Nile fever,” Neira said.

Focusing on the EMME region, home for about 400 million people which has been identified as a climate change “hot spot”, the study highlights the need for immediate climate actions.

“Temperatures in several cities around the Persian Gulf will exceed allowable limits for human survival by 2100,” a relevant press release said. Projections also show that all Middle Eastern countries will see their water resources depleted by 2050, which will negatively impact agricultural production, food security and increase health problems associated with drinking contaminated water.

A combination of deteriorating environmental conditions is also projected to increase the frequency and intensity of dust storms, increasing the risk of hospitalisation and death. These include warming, water scarcity and deforestation.

To date, it is estimated that in Europe and the Eastern Mediterranean, up to 1 million people die prematurely each year due to air pollution. But the study predicts that increasing rates of urbanisation, heat waves, and anthropogenic emissions, particularly from the burning of fossil fuels, will lead to high population mortality rates in the EMME region.

The researchers stressed the need for coordination between countries in the EMME region and conclude that any actions should have a regional scope.

“The study makes specific policy recommendations on how this key issue can be addressed,” said Professor George Christofides Professor at the Cyprus Institute and Imperial College London, and coordinator of the study.

In addition to calling for the immediate implementation of carbon mitigation measures, the study makes recommendations for specific actions to adapt to the impacts of climate change, the professor said, without elaborating further. “It is also important to highlight the need for further research to better understand the health challenges posed by climate change to the residents of the EMME region, as well as the creation of a regional hub to collect, integrate and analyse environmentally driven health data,” added Professor Christofides.

The study was conducted in the framework of the Republic of Cyprus’ Eastern Mediterranean and Middle East Climate Change Initiative, which was announced by the government in 2019.

The Cyprus Institute coordinated the scientific part of the EMME-CCI Initiative, coordinating the collaboration of over 240 scientists to write 11 studies in different thematic areas related to climate change in the EMME region. The Initiative aims to develop a joint Regional Action Plan to promote coordinated actions towards achieving the objectives of the Paris Agreement. The “EMME-CCI Sharm-el-Sheikh Declaration” was adopted by ten EMME countries at the Summit held on November 8, 2022, COP27.

Our View: Tyranny of the teachers’ unions must be ended