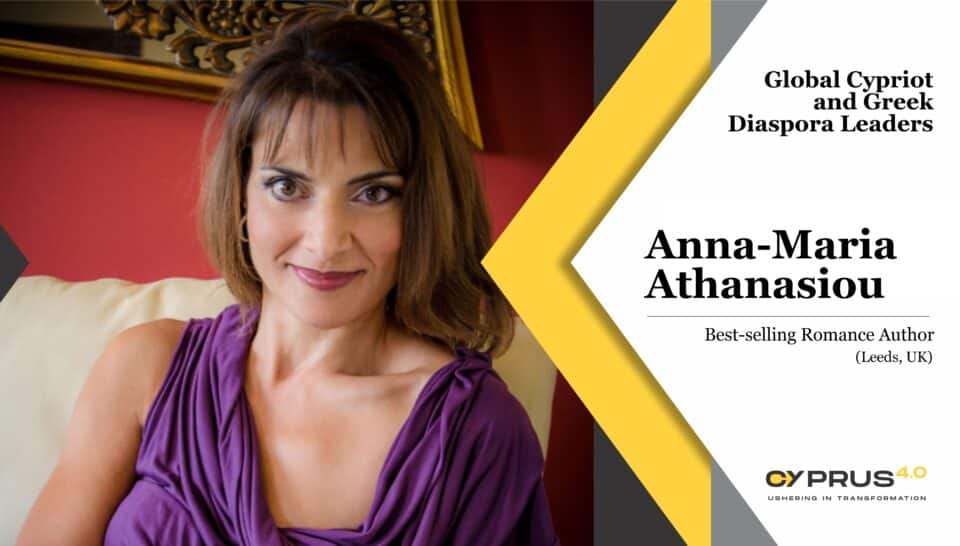 Ever since that pivotal moment when she first put pen to paper, Anna-Maria Athanasiou’s passionate love stories and characters have won the hearts of her readers, catapulting her books into the top ten of Amazon’s contemporary romance best sellers list. Not bad for a woman who never thought she would finish her first novel, much less have it published

Anna-Maria, the love story and your characters, Sylvie and Nick, have captured the hearts and enthusiasm of your readers, spurring you to carry on with your writing. Take us back to the beginning, when did you decide to put pen to paper?
“I have always had an active imagination. From a young age I created scenarios where I became several characters, ranging from a princess to a biochemist. As I got older, these daydreams culminated into something a bit more realistic. Nick and Sylvie’s story popped into my head around fifteen years ago. It was so vivid, and the characters so real, that I decided to write it down, mainly for myself and to see if this story would develop any further.

“To be perfectly honest, I did not even think I would finish, so I wrote it in secret. After fourteen months, I ended up with my 900 page debut novel, Waiting for Summer, which later became a two book series.”

You are regularly featured on ‘Amazon’s contemporary romance top 10 best sellers list” with your successful series of books. Did you ever think your writing would elicit such a large response?
“I never thought I would even finish writing my first series, so for me to have my books bought and read by so many people around the world, was not even in my wildest dreams. As I mentioned before, I am a huge daydreamer, but in this case my dream became a reality.”

What is your writing process like?
“I would like to say organised, however that could not be farther from the truth. I always have the plot and my main characters clear in my head before I even start to write. I then roughly plot a timeline. I write the first chapter and usually the last one then I write scenes that are dominant, but not necessarily in chronological order. The next phase is linking all the scenes together and tweaking it as I go along.” 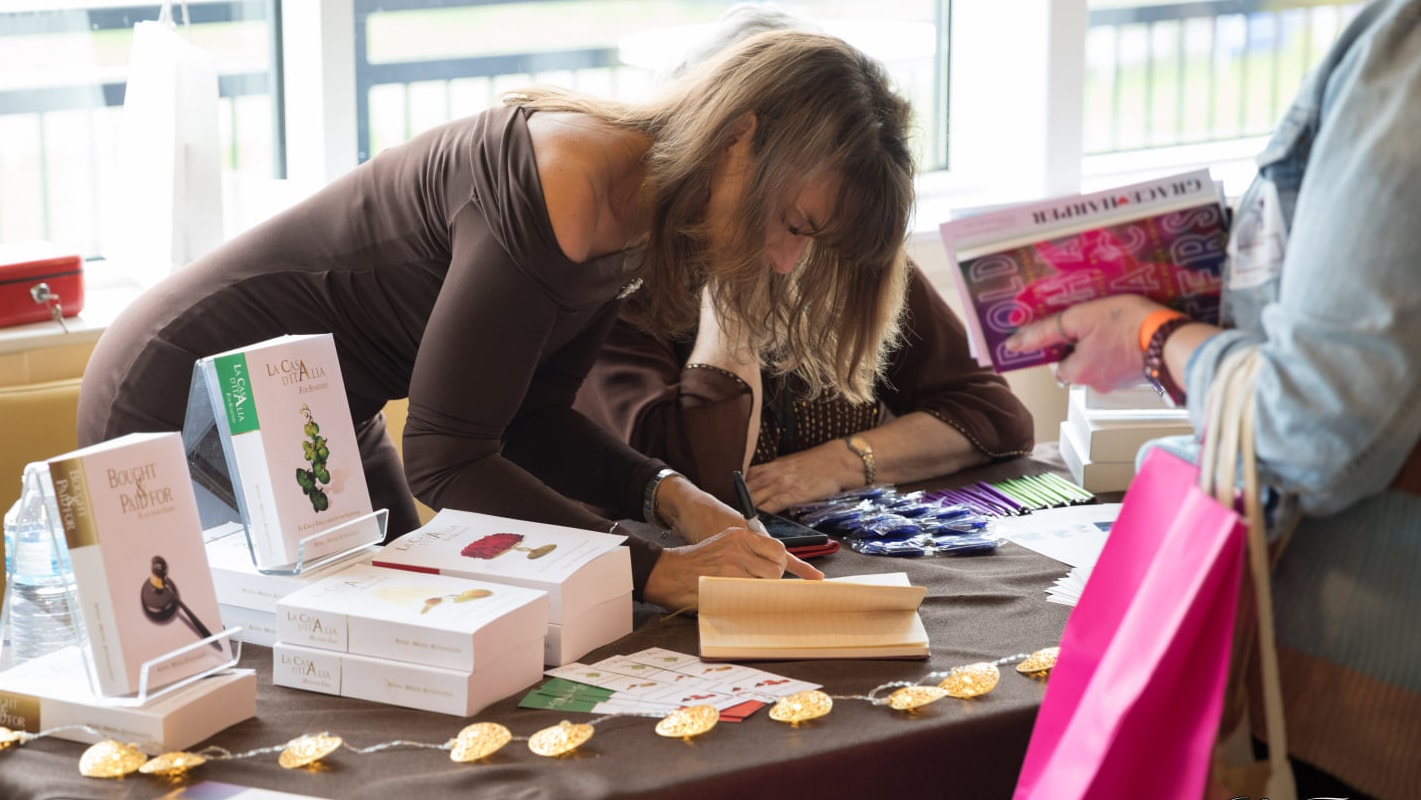 As a Greek Cypriot who was born and raised in Leeds, has your upbringing impacted your approach to writing in any way?
“I had not really thought about how my upbringing impacted my writing but looking at my plots and characters, it obviously has. My first series is based in Cyprus around a British born Cypriot woman and her family. My following two series, La Casa d’Italia and the Blackthorn Series are based around strong family ties, old traditions, and loyalty, which I feel are all strong traits found in Cypriots born and raised out of Cyprus.”

What other interests or talents does Anna-Maria possess besides excellent writing skills and seven highly successful novels?
“My interests tend to revolve around good food, good wine, and good company. I am a hotel caterer by trade, so I enjoy cooking for guests or dining out. I experiment a lot, especially with baking, and am always trying to create healthy treats or delights for specialised diets that taste good.

“I have also been asked to write a few restaurant reviews, which I would like to do more of in the future, including guest write articles for publications. Walking is another form of relaxation for me, and I tend to have time to think of plots when I am out in the fresh air. When I have more time, I also enjoy travelling.”

What has been the most defining moment in your career so far?
“I was lucky enough to receive international press coverage in the Daily Mail online when Waiting for Summer was published. I was ranked second on Amazon’s ‘Movers and Shakers’ list, outselling Nelson Mandela’s autobiography. I had a flood of messages and comments from people I did not know saying that my book resonated with them, a time I will look back on fondly.” 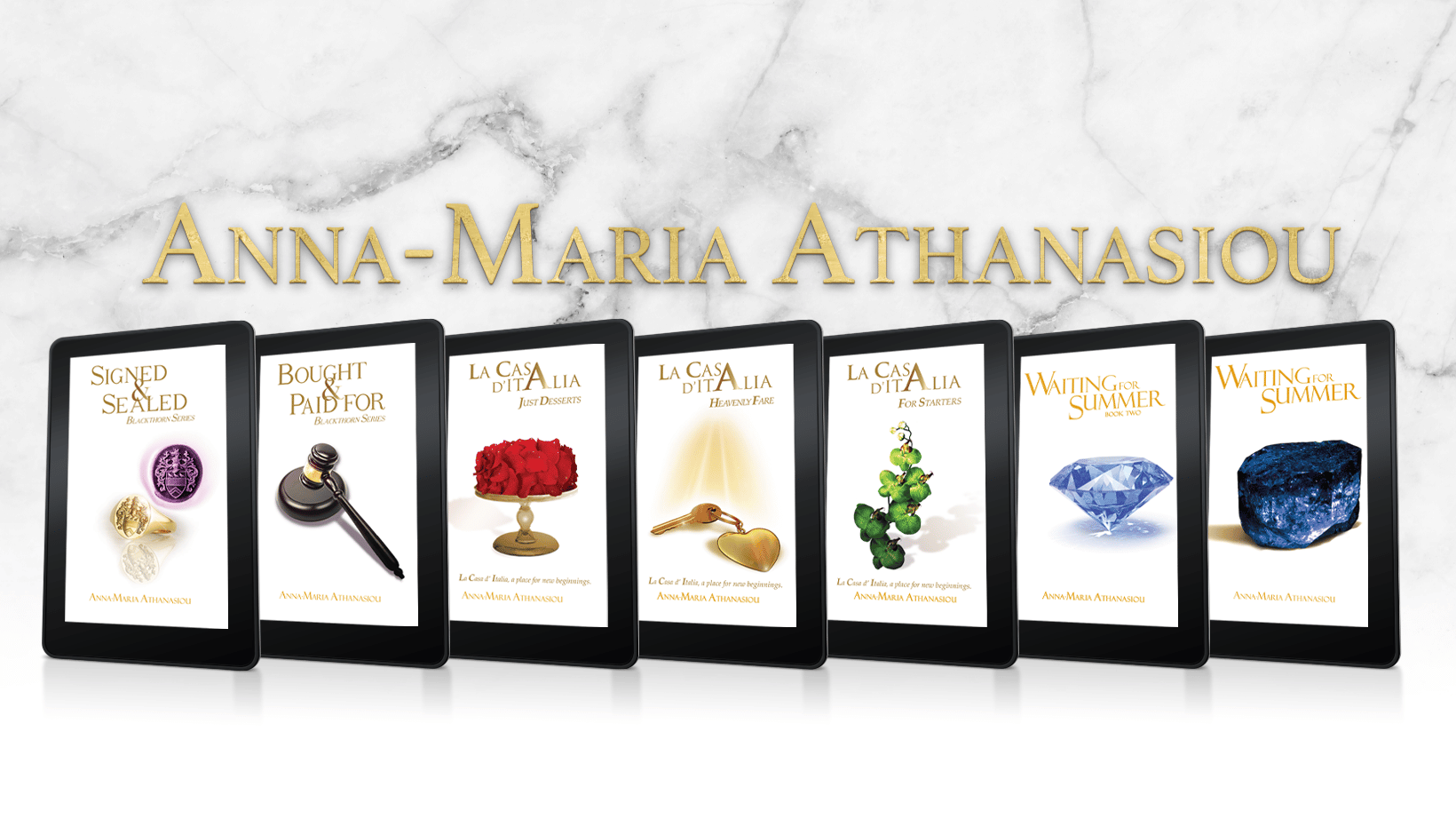 As a successful Greek Cypriot of the diaspora, you are an ambassador for Cyprus abroad. How has the Greek Cypriot community in the United Kingdom responded to your success?
“My books have received excellent feedback. Most of my readers ask for suggestions on how to start writing, and I am always pleased to share my ideas. I am thrilled that my accomplishments encourage aspiring authors. Although it is overwhelming, I also have Greek Cypriot fans in South Africa, Canada, America, and Australia. The most frequent feedback I get from them is that they find my characters and storylines to be believable and relatable.”

“I am currently working on my eighth novel now, while my ninth book is also knocking on the door. I also have an author’s signing in June that will be in my hometown of Leeds, which I am really looking forward to. Since writing is a solitary profession, meeting readers and having discussions about your work is always a wonderful delight.”

Children can be registered for pre-primary school next week

‘Mavroyiannis’ economic policies only possible with use of magic wand’