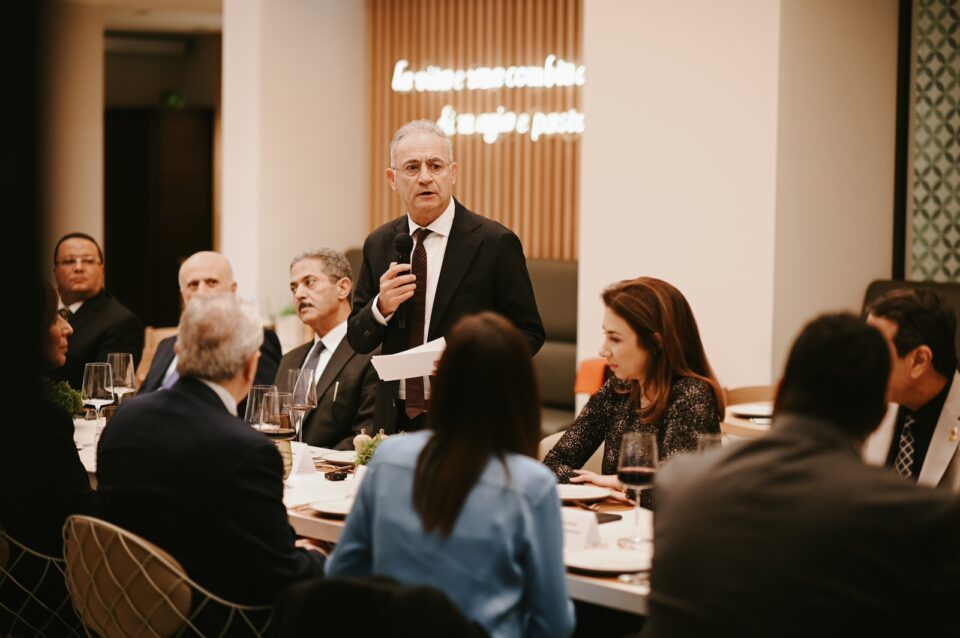 It was to be expected that in a week in which economic demagoguery dominated the election campaign, the only sensible comments we heard about the economy were made by someone who is not a candidate. Finance Minister Constantinos Petrides was the only voice of reason heard last week, as he decided to join the election debate by lambasting the folly of Andreas Mavroyiannis’ proposals for the economy and in particular his pledge to re-establish small co-ops in villages.

Petrides, bluntly, dismissed Mavroyiannis’ claim that the people were faced with high interest rates since the closure of the co-ops and asked where the money for setting up new co-ops would come from. “Unless he means that the state, the tax-paying citizen, will cover them in order to allow strategic defaulters to borrow uncontrollably at the expense of the state, with a consequent increase in public debt and the budget deficit.”

There was a reason for the high interest rates, said Petrides, and Mavroyiannis appeared to be “the only politician in Europe willing and able to reverse the policies of the European monetary authorities, ignoring the reasons behind the high interest rates, such as reducing inflation and price containment.” He also wondered where the funds for increasing benefits and subsidies as well as reducing taxes, that Mavroyiannis was proposing in order to deal with high prices, would come from. There was no magic wand for dealing with the consequences of rising interest rates, the minister said.

He could also have had a go at the other two candidates, who were also trying to win votes with populist declarations. Nikos Christodoulides took the side of the bank employees, who had volunteered for early retirement, supporting their demand to collect unemployment benefit for six months, even though they had been paid two years’ worth of salaries as compensation by the bank; some took as much as €200,000. “Unemployment benefit is an absolute right of bank employees that left voluntarily,” Christodoulides said, ignoring the fact that a court ruled they were ineligible for unemployment pay. But for a thousand votes (the number of bank employees who took a voluntary exit last year) he had no qualms about sanctioning the unlawful plundering of state coffers by over-compensated workers.

Meanwhile, on Tuesday, Averof Neophytou unveiled a bill he had prepared which envisaged the payment of compensation, from the government’s Solidarity Fund, which had €135 million and would receive another €25 million from the state budget this year, to the victims of the 2013 haircut – bank bondholders, to those whose deposits were bailed in and shareholders of the banks, who lost their shares. All Cypriot nationals would receive €8,000 in cash compensation this year, for every €100,000 they lost as a result of the haircut. Another bill envisages that all the money raised from the annual levy on bank deposits (estimated at €60 million a year) would also go the Solidarity Fund so there would be more payments to the haircut victims in the years that follow.

Although Neophytou did his maths and the funds exist, this is a vote-buying measure, whichever way you look at it. Its timing is also wrong, bearing in mind that soaring prices are making it difficult for many low-income families to make ends meet. Money from the Solidarity Fund, to which the taxpayer will also contribute, could be used to help those most in need rather than as compensation for haircut victims.

On another level, Neophytou has undermined his main appeal to voters with this economic populism – his generally-accepted ability to run the economy soundly is his biggest advantage over his rival candidates. Mavroyiannis is aware that he does not have such credentials has been at pains to persuade voters that the economy would be safe with him, in spite of his links to Akel. Last week he held a seminar about ‘Cyprus in the era of sustainable and responsible economic development,’ and also presented academics and economists that would be his economics advisors if he were elected. Christodoulides has followed a similar path.

The candidates’ predilection for economic populism is particularly worrying in this period of uncertainty and instability. According to the findings of a Eurobarometer published last week, 99 per cent of Cypriots were worried about the rising cost of living; 94 per cent were worried about poverty and social exclusion. Understandable concerns, but candidates should resist the big temptation of pandering to these fears with promises of big spending and support schemes that the state cannot afford.

There is also the union demand for the full restoration of the Cost of Living Allowance, which, if not satisfied, could lead to a general strike. The labour minister will have the final say on this on Tuesday, but it would be no surprise if the unions try to strengthen their case by applying pressure on the presidential candidates, desperate for votes. It remains to be seen which of them will put the economy’s interests above election benefit, in these challenging times, although the signs are not very good.

Tales from the coffeeshop: Just what do I have to do to join the battered middle class?

The right to strike is a fundamental human right