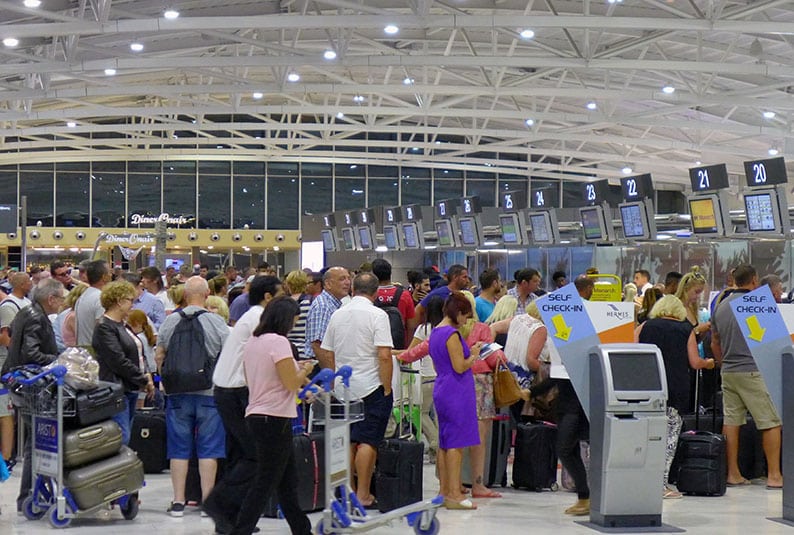 Cyprus will go into an effective standstill for three hours on Thursday, disrupting everything from schools, airlines, court cases and public transport and other sectors.

The nationwide strike set to begin at 12pm and end at 3pm is linked to demands for cost of living allowance (CoLA).

A total of 22 flights will be affected to and from Paphos and Larnaca airports, with Hermes airport senior marketing officer Maria Kouroupi telling CNA that the majority of flights had been rescheduled.

If passengers have a flight during the three-hour strike and have not been notified by the airline, they are urged to contact them directly.

“Flights scheduled near the beginning and end of the strike are likely to be affected however we have done everything we can to minimise the impact.”

According to Kouroupi, even though arrangements have been made to ensure there are no flights arriving during the three hour slot, should there be any delays, the control tower has assured arrangements will be made to allow the flight to land.

Cyprus Airways announced a number of flight changes with some departing earlier and some later. It apologised to the public for the inconvenience that it said was out of its control.

Meanwhile, the port authority said it had taken all necessary steps to ensure security at the port. Any questions can be made at the central offices in Nicosia at 22847149, 25207218 for the Limassol port and 24815885 for the Larnaca port.

The strike will affect local, rural and intercity buses between 12-3pm, and the last school bus route before the strike will be at 11:30am.

To this end, the education ministry assured the public that measures had been taken to ensure children’s safety during the strike, especially when teaching staff would be in the foyer. Arrangements for children to leave earlier will be discussed between parents and the school, it added.

The post office and municipalities announced they will also not be working for those three hours.

Public and private employees will participate in the strike. Among the unions participating are Peo, Sek, Pasydy, Deok, Oelmek, Poed, Oltek, SAK, Pasyki, and others.

About 30 per cent of private sector workers are party to collective agreements and eligible to CoLA adjustments. Those who are not eligible for CoLA have been urged not to strike.

Workers are demanding the gradual full restoration of CoLA while employers said they want to continue to pay 50 per cent of CoLA as had been the practice in the past five years.

The cost of living allowance, implemented since 1944, was suspended after the 2013 crisis and partially reinstated in 2018. Trade unions and employers’ organisations had entered discussions following the expiration of a deal struck in July 2017 that provided for employers to pay 50 per cent of CoLA.