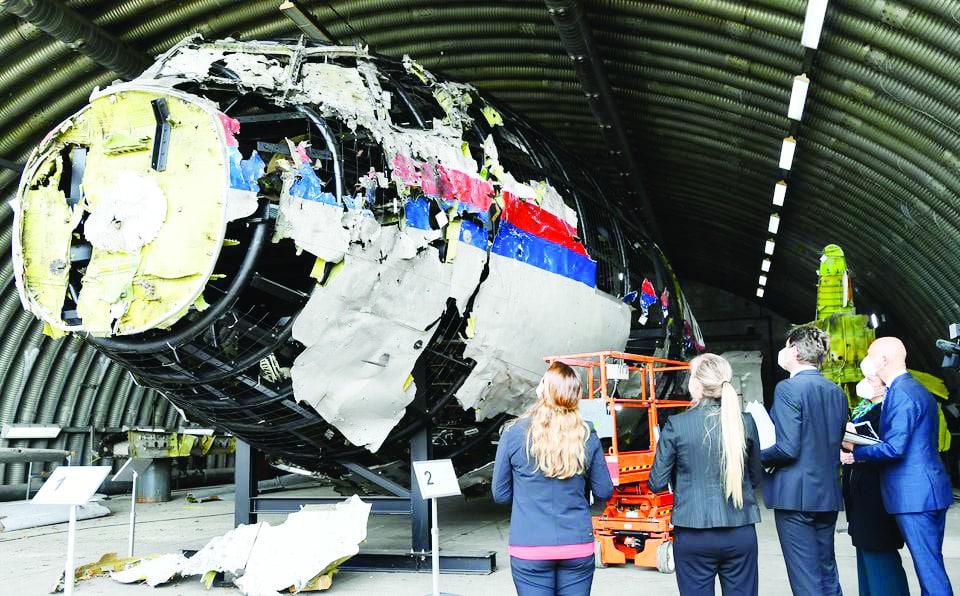 Presiding Judge Hendrik Steenhuis inspects the reconstruction of the MH17 wreckage in in Reijen, Netherlands

The European Court of Human Rights said cases brought by Ukraine and the Netherlands against Russia over alleged human rights violations in the breakaway Luhansk and Donetsk regions of Ukraine, and the shooting down of Flight MH-17, were admissible.

The decision does not rule on the merits of the cases, but it does show the Strasbourg-based court considers Russia can be held liable for rights violations in the separatist regions.

“Among other things, the Court found that areas in eastern Ukraine in separatist hands were, from 11 May 2014 and up to at least 26 January 2022, under the jurisdiction of the Russian Federation,” the court said in a ruling on Wednesday.

The cases will now move on to the merits stage, expected take another one to two years before a final decision is issued.

The ECHR decision opens the doors to at least three other cases by the Ukrainian state against Russia, as well as thousands of individual cases, which had been put on hold pending the decision on jurisdiction.

“This is a clear signal to Russia,” Dutch Foreign Minister Wopke Hoekstra tweeted, saying the court’s decision to declare the cases admissible was “an important milestone”.

The impact of any ruling will be largely political as Russia’s parliament in June voted to end the ECHR’s jurisdiction in the country and has previously ignored ECHR rulings it disagreed with.

The court says it has jurisdiction in cases already started before Moscow’s withdrawal from the ECHR’s writ, and Russia could be ordered to pay damages, but the court has no way to enforce its rulings.

The court’s finding that Moscow did control pro-Russian forces in Ukraine mirrors a Dutch court ruling last November that Moscow had “overall control” over the forces of the Donetsk People’s Republic in Eastern Ukraine from mid-May 2014.

Dutch judges handed down life sentences in absentia to two Russian men and a Ukrainian man for their role in the downing of Flight MH17, with the loss of 298 passengers and crew.

The Malaysian Airlines flight departed Amsterdam and was bound for Kuala Lumpur when it was shot down over separatist-held eastern Ukraine on July 17, 2014, as fighting raged between pro-Russian and Ukrainian government forces.

The Netherlands filed its case with the ECHR in 2020, saying the shooting down of Flight MH17 breached the European Convention on Human Rights.

Moscow has repeatedly denied any involvement in the destruction of the aircraft.

The two Ukrainian cases, which date from 2014, pertain to what Kyiv says were administrative practices by Russia in eastern Ukraine in violation of the European Convention on Human Rights, as well as the abduction, and transfer to Russia, of three groups of Ukrainian orphan children and children without parental care, and a number of adults accompanying them.

All were returned to Ukraine one day or, in the third case, five days after their abduction, the ECHR said.