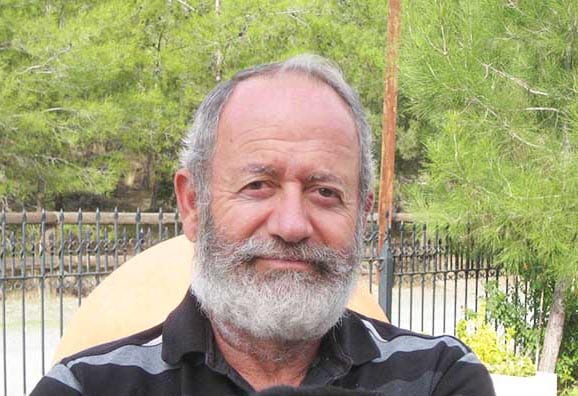 The family of a 66-year-old man who died on Monday night is pressing ahead with complaints of possible medical negligence, with pathologist Marios Matsakis pointing to serious procedural issues.

Matsakis was present at Tuesday’s autopsy, on the behalf of the dead man’s family, but told the Cyprus Mail on Wednesday that the patient’s case file was not made available to the experts conducting the review.

The case is centred on the 66-year-old who suffered a leg injury on November 13 in Paramali during a hunting accident. He was soon taken to Limassol general hospital but was later transferred to a private clinic as there was no doctor available to operate on him.

The man then underwent a series of other seemingly unrelated medical procedures and surgeries and died on Monday.

The family has reported the incident to Limassol police.

“Preliminary findings show the main cause of death to be the complication from the bleeding following the removal of the gall bladder – so we have a patient who went to hospital for a leg injury and at some point later he had surgery to remove the gall bladder,” Matsakis told the Cyprus Mail.

“We do not have the answer as to why this happened because we don’t have the details which are in the patient’s case file, which we were not given,” he added.

The pathologist explained that there was a brief medical note after the surgery which said that ‘due to the surgery there was heavy bleeding and this was realised a few hours after surgery and the patient suffered hemorrhagic shock’.

Matsakis added that the patient had a complicated medical background which is a factor that should have been considered prior to being subjected to a second surgery – particularly a patient who already had issues caused by the bleeding of the leg.

He cautioned, however, that without the patient’s case file it is difficult to draw further conclusions.

Health Minister Michalis Hadjipantela was asked later in the day about Matsakis’ comments.

“If the health ministry has to be strict then it will be, we have shown how strict we are in other cases… but before we take an official position we are waiting to review all the details [of this case],” he said.

Meanwhile, Limassol police chief Marinos Vasiliou told Alpha on Wednesday that investigators have begun taking statements from doctors, nurses and relatives of the 66-year-old. He added that a request has been sent to the state health services organisation (Okypy) for the appointment of an investigating officer to assist the police team.

Matsakis emphasised that he has been sounding the alarm for 30 years now over the issue of patients’ files not accompanying the body when an autopsy is being carried out.

Asked why this major flaw has not been corrected, he replied bluntly that: “For the same reason nothing else in Cyprus has.”

Asked who is responsible for the case file being present, Matsakis told us that it is the duty of the police to secure warrants.

He offered that if a doctor indeed refuses to hand over the file then the police must secure a warrant for it, and if there is a legal gap for this to be done then it has to be rectified.

“Coroners have to have the patient’s file prior to an autopsy… there are many cases of possible medical negligence and I am of the opinion that these incidents have increased since the introduction of Gesy – in its current form,” Matsakis said.

He stressed that a national healthcare provider is necessary and was long overdue, but that it has been poorly implemented.

“What has happened now in Cyprus is that the patient has become the customer and medical care has become a business – I think it’s clear what that means,” he said.