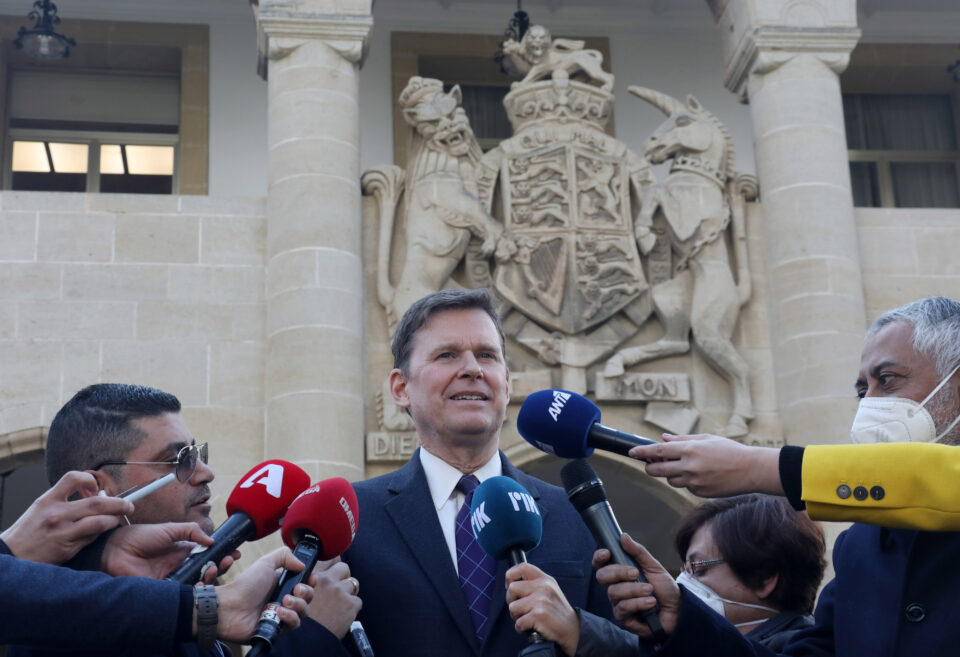 The United Nations rubbished allegations of bias on Wednesday, following Turkish Cypriot reports suggesting the Unficyp head Colin Stewart said the Greek Cypriot side only complains when it needs to act.

“We work closely with both sides impartially. we reject any allegations of bias. They are wrong and unfounded,” the UN tweeted on Wednesday night.

The tweet was a response to reports from the north quoting the head of the peace keeping force in Cyprus pointing the finger to the Greek Cypriot side over the stalemate in negotiations.

According to Yeni Duzen’s Cenk Mutluyakali, during a meeting Unficyp head Colin Stewart had in New York last week, he discussed Cyprus with Scandinavian country representatives of the UN and non-permanent members of the Security Council.

Mutluyakali wrote that Stewart claimed: “The northern part of Cyprus has now been integrated economically and politically with Turkey. The Greek Cypriot side is the one that needs to act to change the situation. However, all they do is complain, condemn and accuse.”

The journalist said that he confirmed the meeting agenda and comments with two other diplomats, and that he was impressed by Stewart’s “courage”.

Continuing, Stewart is alleged to have told attendees at the meeting that he is often accused of only supporting the Turkish side.

“However, I try to give an objective evaluation,” he is reported to have said.

The UN special representative is also reported to have commented on the financial sanctions on the Turkish Cypriots.

“The economic and social situation is worsening. Economic sanctions cause more pain to the people, but they do not change the political situation. The time is coming to review the nature of these sanctions,” he said.

Commenting on education on both sides, Stewart is reported to have said that on both sides education is used as a tool to unilaterally present the others as the enemy.

“Both sides have conflict museums that show how the other side was inhumane. Yes, tragic things happened, but it wasn’t just one side. Talking only about the past that could no longer be changed will not pave the way for an agreement in the future,” the journalist wrote about Stewart’s comments.

However, the Greek Cypriot side in 2017 was criticised at the meeting for blocking an initiative to have common history books accepted by both sides.

“While the Turkish Cypriot community actively took part in preparations, the Greek Cypriot side did not do any work,” Stewart is reported to have said.

Mutluyakali wrote that he paid particular attention to a comment that was made, claiming that the Greek Cypriot side accuses the Turkish side, while they [the Greek Cypriots] don’t do anything they don’t want to do.